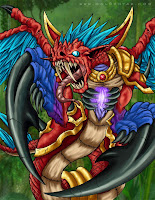 Yeah, I've been in denial long enough. I guess it's time to come out in the open and just admit it straight out, I'm an altaholic like no doubt plenty others. Not so bad as to have a dozen lvl 30-40 characters spread among different servers, but still. I just went ahead and started leveling my "bank alt" so she can reach level 20 and have a mount to move faster in Undercity. Seriously. It's a lot like how It went with the warlock when blizzard added enchanting levels needed for disenchanting. First he's 20, then 30, 40, and before you know it you've got another level 70 character on the list. I'm sorted on professions, one of each of the basic professions, and multiple skinners and miners. Next up, one of each class. Just missing a warrior and a priest now. Already had the priest as bank alt for the private welfare guild bank, and now she's suddenly level 8. I suspect she'll hit 20 in due time, then roll on straight to 40 and probably more. The warrior is alliance, to spy on them :P When cataclysm comes around, I guess she might turn into a worgen or goblin for the fun of it. It's a real shame blizzard changed the way those hierloom items allow certain shoulder enchants. I still got +30 AP on a pair of plate and leather shoulders. But the cloth version simply refuses to accept the same Zul'Gurub enchant. Still, +4 stats on the chest, and +30 spellpower on the staff makes for a happy alt. Things not to do in the kitchen 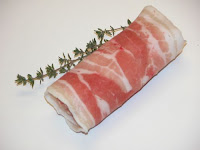 You know how meat from the supermarket always has at least 30% extra water in it? Well, I had two. Put some butter in the pan, turn them around so and then, and repeat until done. Unlike regular "slightly more expensive" meat from a proper butcher, you then end up with a layer of boiling hot butter mixed with water in the pan. Now, since I was also planning to bake some diced ham bits to mix with the potatoes I figured I'd get rid of all that grease and pour it into one of those white plastic / foam things that you normally buy the meat in. "Normally" when you pour said grease and water into one of those, it's been standing there in the kitchen for about thirty or more minutes. Cooling. This time however, it was still sizzling and hot as fuck. I figured, what the heck and held the white container above the sink and proceeded to pour the hot grease into it. It fell "straight" through, as if it wasn't even there. o_O At least that proves those things are definitely not heat resistant. That was definitely one of those, "don't try this at home kids" moments. PS: No pigs were hurt during the writing of this post, all meat was already dead when I bought it. Battle.net OK, blizzard has now officially announced you "Need" to merge your WoW account with your Battle.net account. Make sure you do it before November 12th. Or you won't be able to play the game anymore. You even get a free penguin to boot. See MMOC for a shot of the penguin ;) Blog The RSS seems to be acting up strange, am I the only one noticing this, or, is anyone else getting this page to show up white randomly? Linky This one's bordering on porn, so don't click it if you're not at least 18 years or older. (And not at work obvioulsy) But hot dam it's is SO FUNNY! linky. Go check it out, awesome comic.
at October 11, 2009

Man, that comic made me crack right up.

I know, right?
Be sure to check the archive for the "fountain of doubt".

They don't accept Zul enchantments anymore? Damn why did I miss this.

Indeed, took me by surprise as well :/