With LK being dead on 25 man (for our guild that is), we went and killed Marrowgar, gunship (hard not to really...), festergut and rotface (of which festergut was a decent challenge), lady deathwhisper (-2 seconds on enrage timer kills ftw!), and not least of all variwhatsit dreamwalker got healed up. (They should really give these dragons easier names...) Heroic difficulties are giving everyone better loot, more dps, more healing, and in a few weeks we'll be cursing at people for not moving out of fire/shadow or other circles again. Still, it's just the same fights again, but with a twist. We also went back and finished off Ulduar and poked Algalon in 3 or so tries. I'm sure he was difficult before, but with ICC gear... Everything is easier ;) Speaking of Mounts This, thing will cost you 25$ in the blizzard store. It caused SUCH a silly riot. Here, look at the QQ and laugh. It's sad people, that you can get so worked up over pixels. It doesn't make you a better player, doesn't make you hit others harder in pvp, it's not 310% speed by itself, and it's fucking ugly. What's the big deal? If you're so eager to play with a flying horse, then Nerf Now has a good tip for you. Go play Robo unicorn. So, until Blizzard sells gold, or actual epic items that you can use on your twink or raider... Guess where you stand. Cataclysm The class previews have been posted, and you can find most on MMOC or WoR somewhere. For here, I'll link to the Rogue one. We get: Redirect (level 81), Combat Readiness (level 83), Smoke Bomb (level 85) Redirect basically gives us back an ability which we already had way back in Molten Core and was taken away from us at some point before TBC. Indeed, we get to "transfer any active combo points to the rogue's current target". Pretty lame indeed. On a good note, "self-buff abilities like Slice and Dice will no longer require a target". Which, is also something we already had way back in Molten core. Combat Readiness is some junk you'll mostly use in PvP. As it only gives you 10% (stacking up to 5x) damage reduction when you're hit. Something you'll generally wish to avoid in PvE, as most stuff hits you for 80-300% of your health pool. Best of all, it's got a 2 minute cooldown. On a side note, Cloak of Evasion will become a 100% effect, instead of the 90% it is now. Smoke Bomb and the mage's Wall of Smoke are the "slightly more interesting" abilities which we'll have access to. It basically puts you out of line of sight for most effects. Meaning enemy NPCs will have to move closer and start to melee you. AoE spells are unaffected, so don't get too sure of yourself on boss fights. You will still need to move out of that fire! Some further changes "may" include the ability to poison our ranged throwing weapon. Sadly it'll also mean that abilities like Fan of Knives will use the ranged weapon. Thus no more dual poison application by spamming Fok... Ambush will also be available for sword, axe and fist using rogues. Though with a slightly reduced % of effect. Blizzard is also planning to provide us with a new low-level ability called Recuperate, which would be able to convert combo points into a small heal-over-time. Should be nice for solo grinding. ps: Warriors are getting Heroic Leap from Diablo 2. A lot of the recent ideas seem to be coming from there. Titan grip anyone? Other stuff 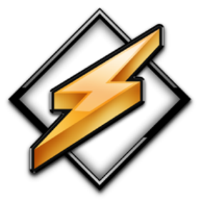 Winamp has had this annoying bug for at least three years now, where it loses it's "always on top" property after going alt-tab from WoW or other games. If you know any data that may help the Winamp Devs find a solution, by all means drop by on their forums and tell them how to do it. Older ideas revisited I've been playing with the idea to make a sort of link/bookmark database which would be available to the whole world to see. Yet I can't quite find the necessary click in my head yet to get it actually rolling. Here's a few rough lines. * Primarily it'd be for linking and sharing comics much like the Belfry has, but with a far superior interface. And, it'd allow comic owners to claim their link and adjust the description. * It'd have a link rating, sharing, "you'd like this" and personal link lists much like AnimePlanet has. You'd be able to keep a personal list of comics you've read and enjoyed, and show this list to others. * You'd be able to import/export your personal list to third party sites like FoxMarks, or simply bookmarks. * It'd combine any RSS feed a comic may have to give an up-to-date overview of new comics to read. Would make for a good list on the front page. Adjustable to include/exclude your favorites. * As a second phase, it could implement and expand to linking games like Armor games, NewGrounds and many more. Since it'd mostly just be links, walkthroughs and reviews the hosting space should be able to remain fairly small. Though I'd want 3-4 preview images of each comic/game linked much like anime planet does. Now, the problems.... * Hosting, what's cheap, how much would you need initially, and how easily could you upgrade if it proves to be needed? * Advertising, how would you get a site like that running once it's finished? * PHP, ASP, or, other languages. I'd guess PHP as it's pretty common, but I've let myself be told that sites like youtube and google are currently working with Html 4.0 * Apache, or no apache? Is there even a choice other than apache? * What database to use? Firebird seems a good (free) choice, but does that even work online? * User login, editing, submissions of new content, admins to keep everything running, capthas to stop bots, etc. * I've worked with C, C++, Java, Delphi, some Cocoa, some Html and even CSS. But, my SQL and PHP skills are,,.. well, let's just say they're not quite up on par with the ideas I'd like to implement. * Finance! Setting stuff up big requires money. Start too small, and you won't get anywhere. Start too big, and you lose the money if it fails. Investors will want to see results, and time is always a pressing issue. So, ideas aplenty as always, but time and the know-how. Yeah... That'll take a while. Fun stuff It's a MF SHAAAARK! Go kill stuff dead! And, BvS is still awesome, and now has an actual and proper Chinese Mahjong mini-game implemented. That stuff is hard! You'll also have a hard time catching up on me though. Currently I'm season 24 :P There's a free trial version available of Cortex Command. Be sure to check it out. It's a kind of worms / tankx clone. Just way more awesome.
at April 18, 2010

When you say things like "I'd guess PHP as it's pretty common, but sites like youtube and google are currently working with Html 4.0" you really expose how ignorant you are about web development. I'd aim for something a bit simpler before embarking on this project.