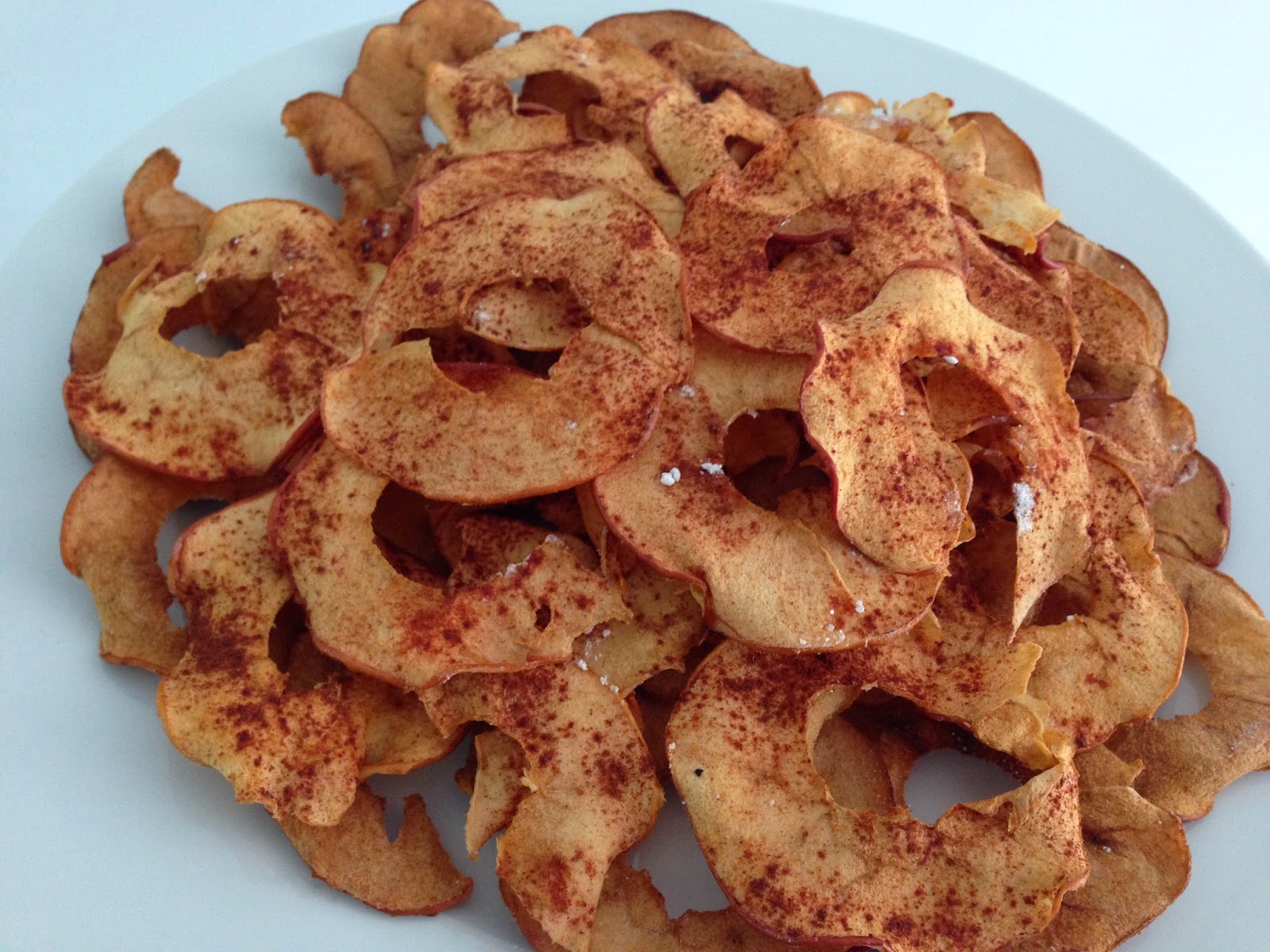 And now for something completely different.

You have a craving for something to snack on and have a giant stash of potatoe chips in the cupboard, as well as two apples. A moral dilemma. Apples are healthy, chips are not. What will you grab? Mind, though apples are "healthy", most contain an average of about 19 grams of sugar.

At any rate, instead of defaulting to opening a bag of chips full of fat, let's bake some apples. (And we'll add a ton of sugar to make them just as bad if not worse, but at least twice as tasty!)

Apple chips are surprisingly easy to make, though they do cost some time.
I assure you it's well worth the wait though. 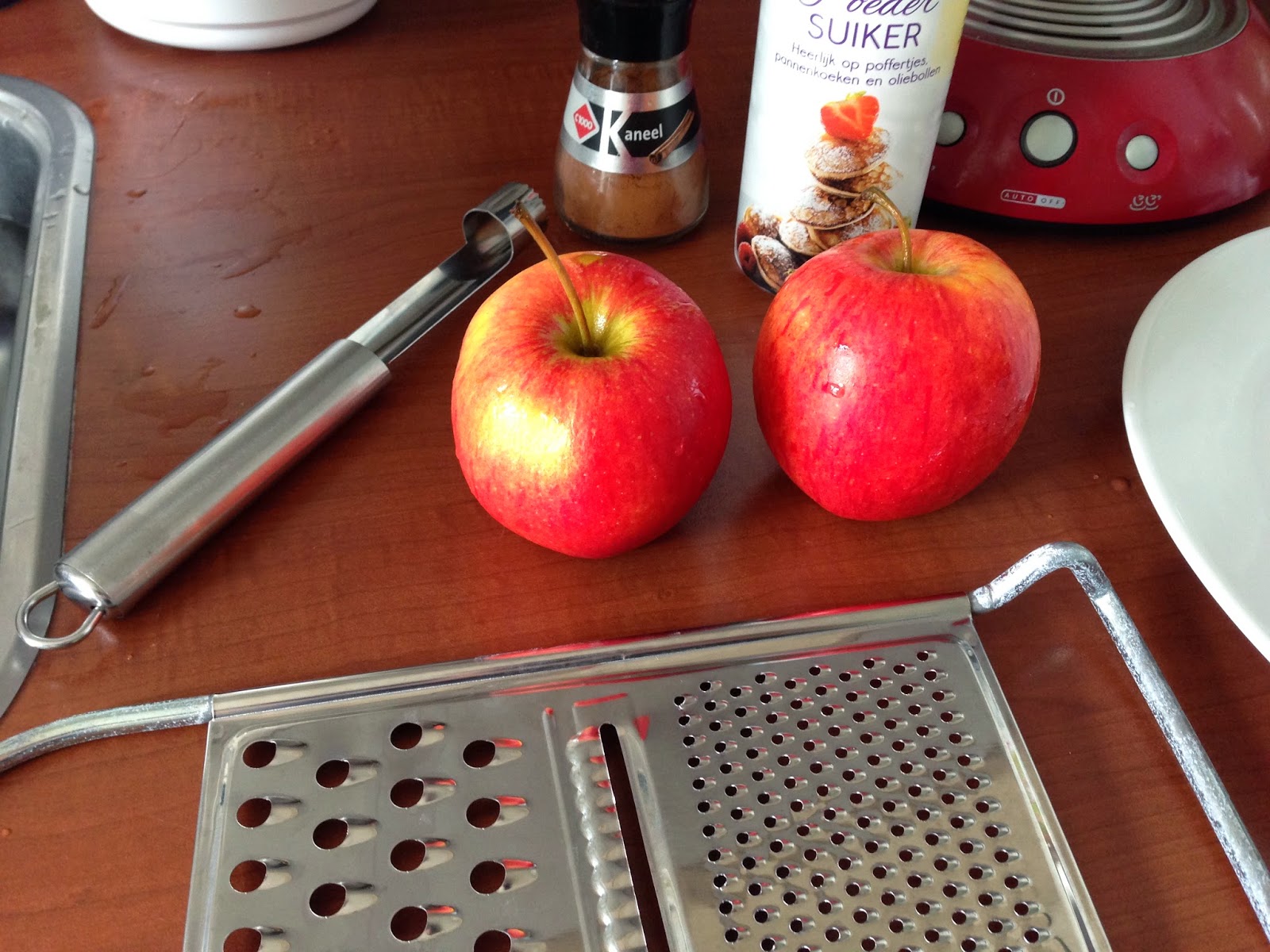 1. Wash the apples
2. Core the apples (not mandatory, but it'll make slicing them a lot easier) 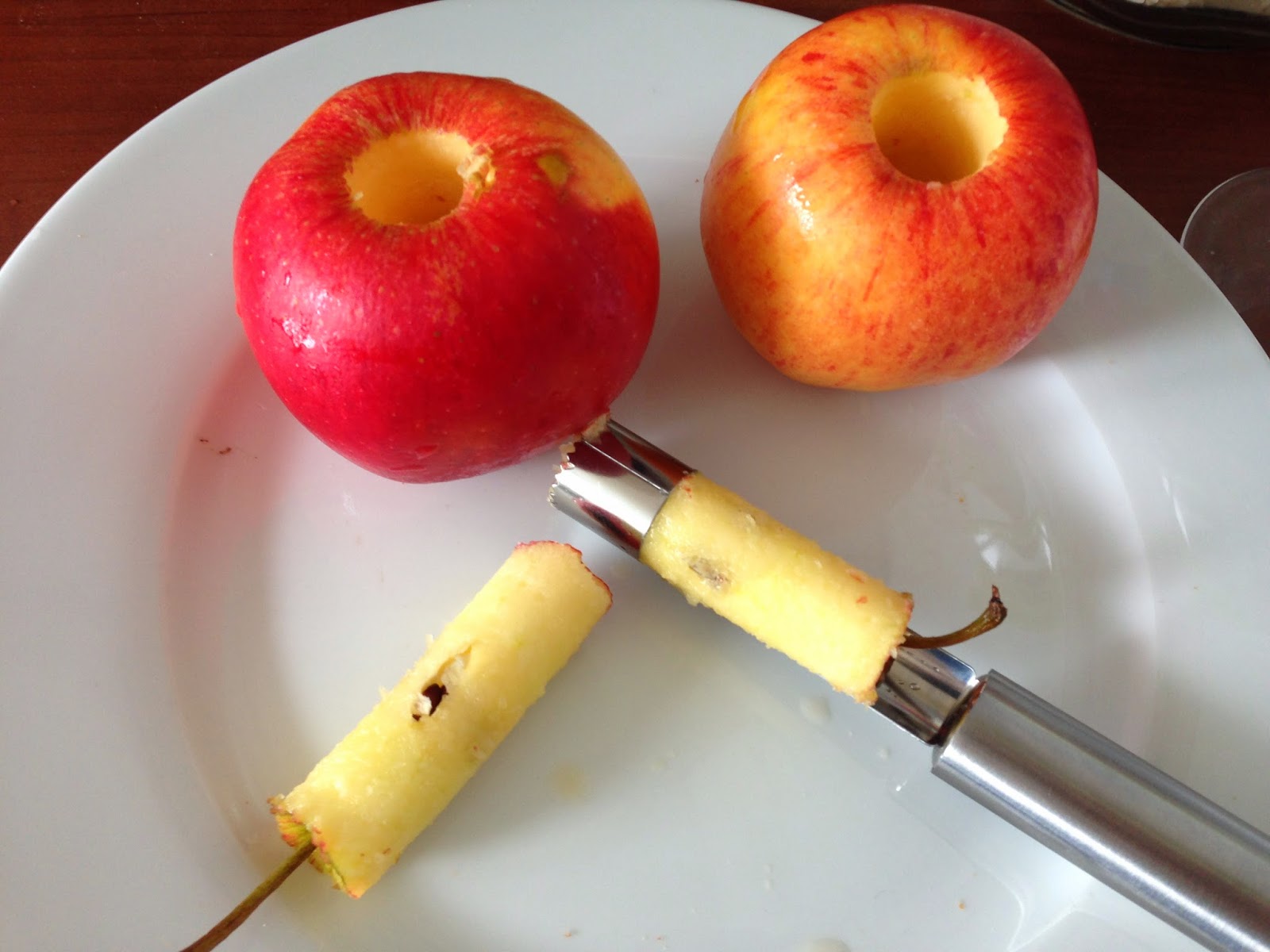 3. Pre-heat the oven to 225'F or 105'C. Don't change the temperature as we want them to dehydrate, not turn them to charcoal.
4. Slice the apples very thin. About 1 mm is just right. (That is about 0.04 inches for all you folk with the weird ancient metric system) If you have a potato slicer or thin slicer, those will generally have a good size by default.
If your thin slicer isn't quite the same width as your apple then you can slice the apple by twisting it on the blade like you were twisting a screw, this way you'll get a nice long single slice which you can then break up into the desired shapes. (See image below) 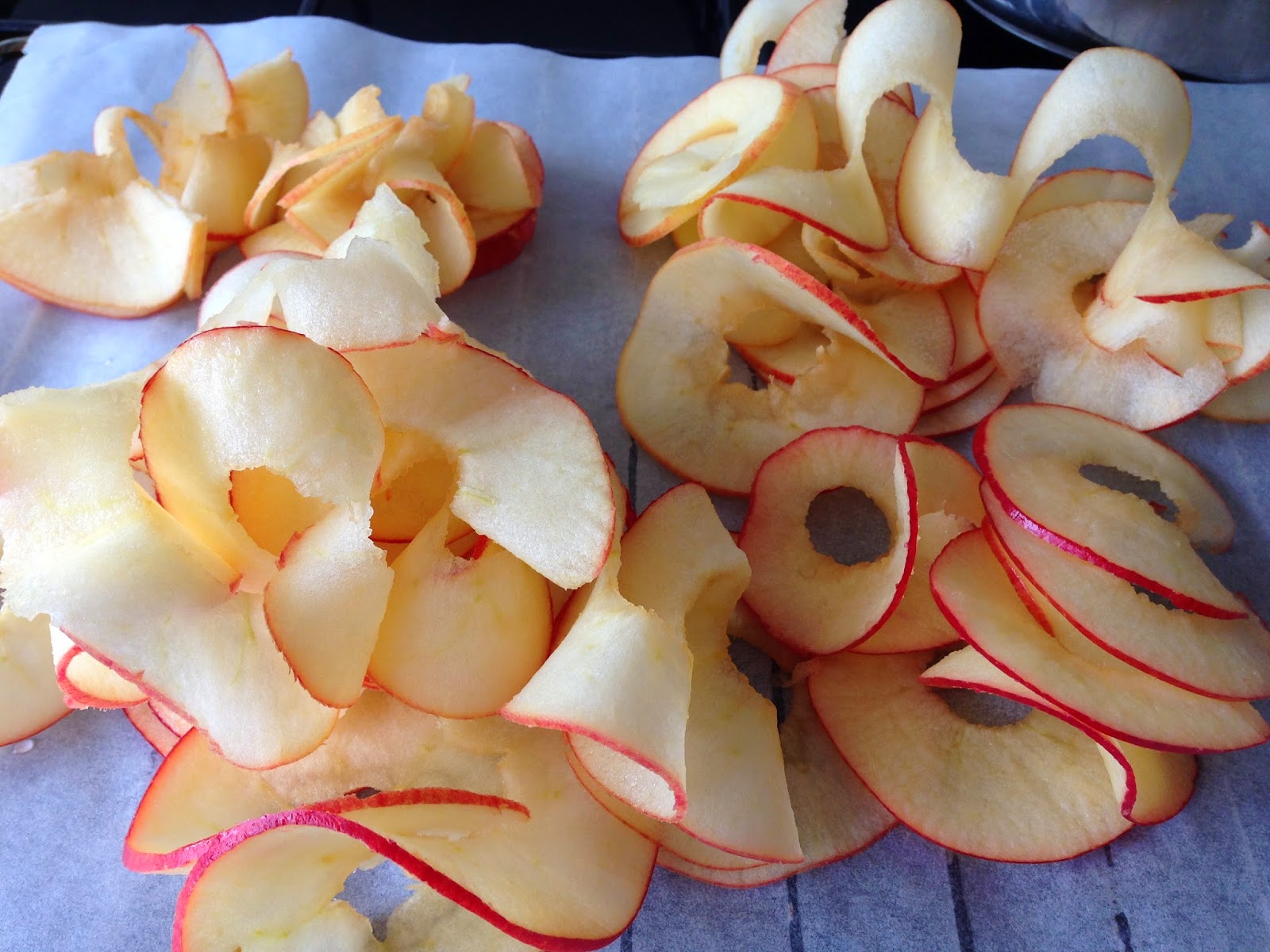 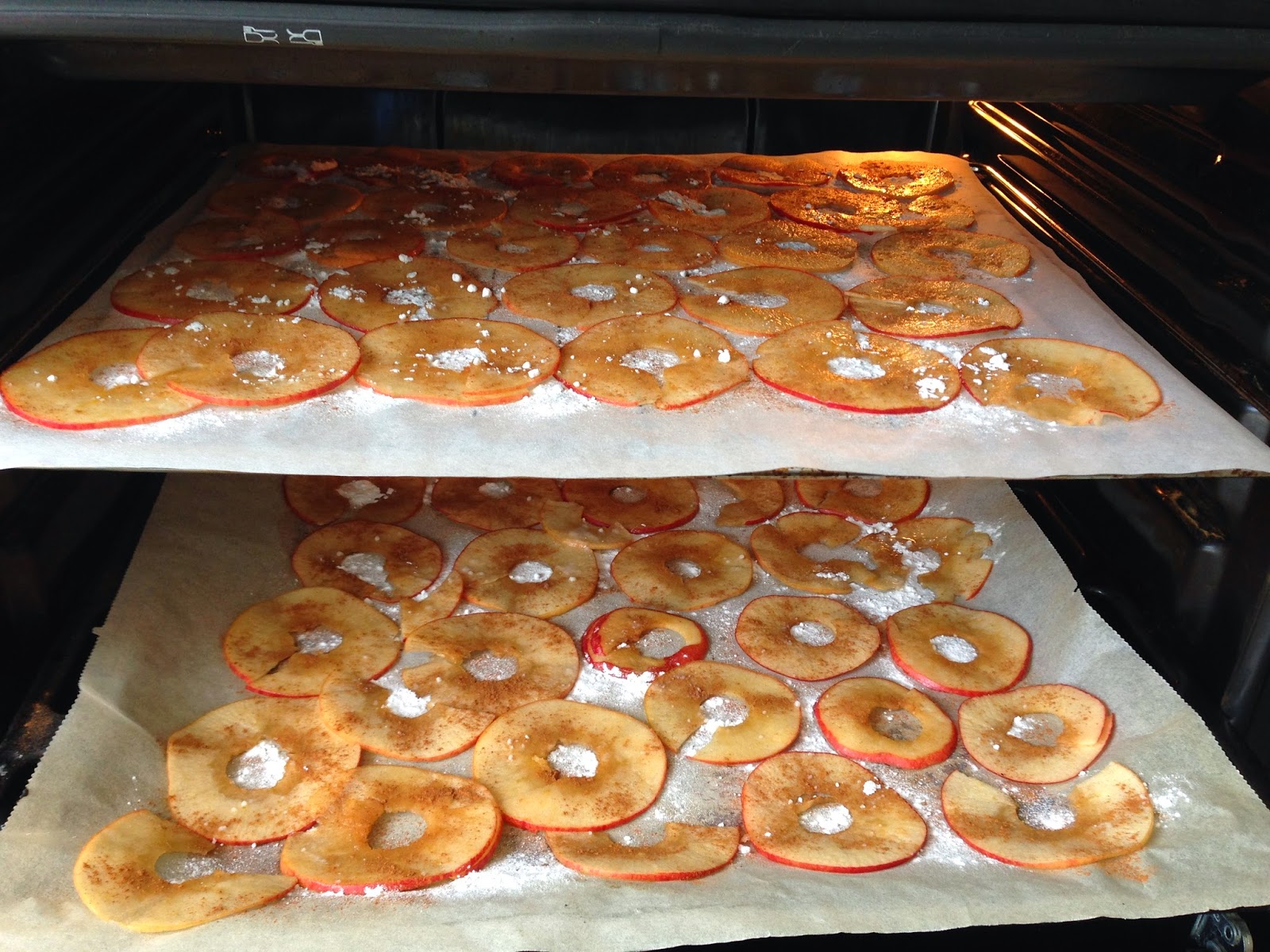 7. After 1 hour, turn the slices around and set the clock for another hour. You'll notice they're probably still a little soft. The next hour will fix that.
8. Remove the slices from the oven and leave to cool for a few minutes.
9. Dig in! 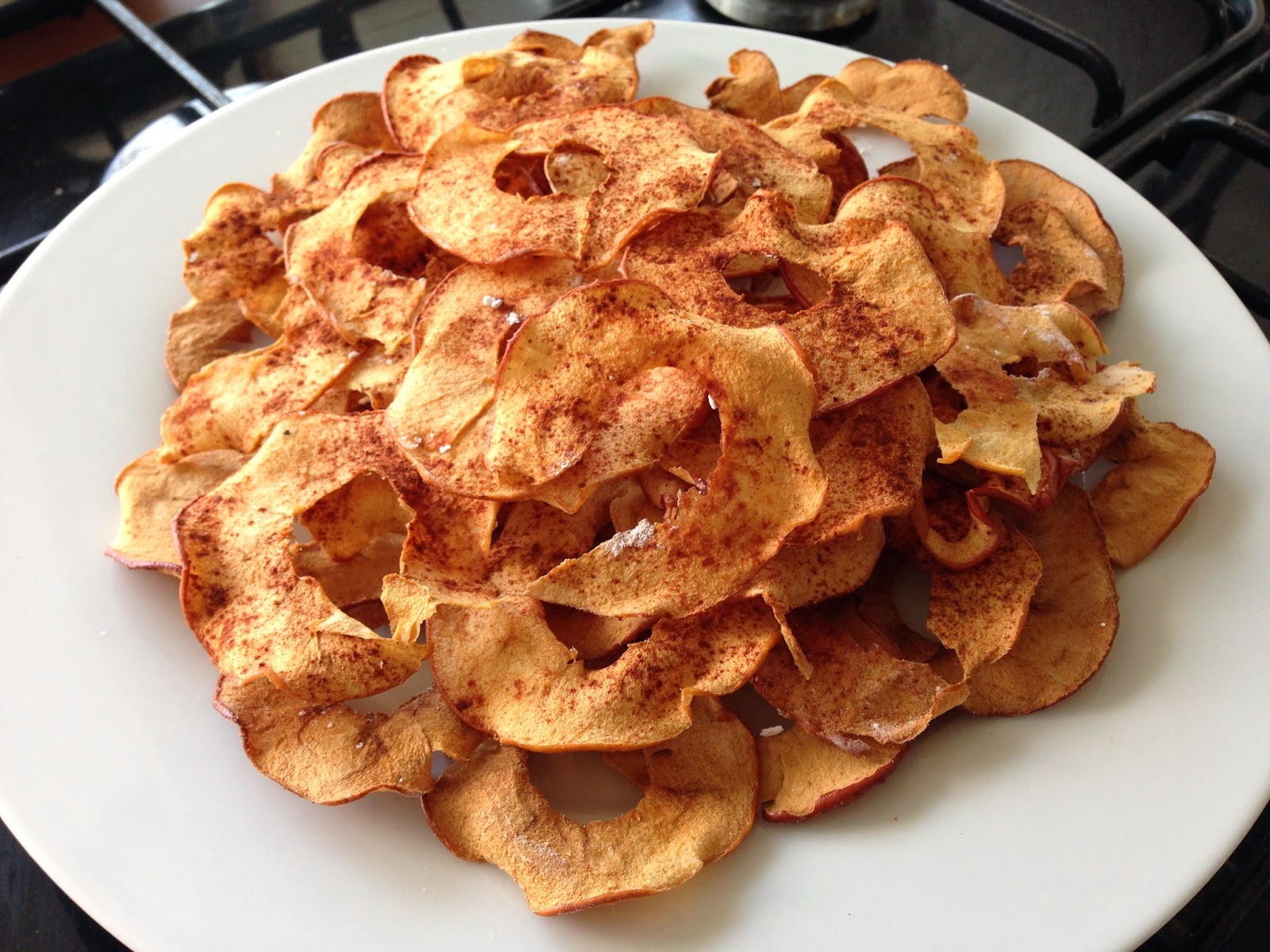