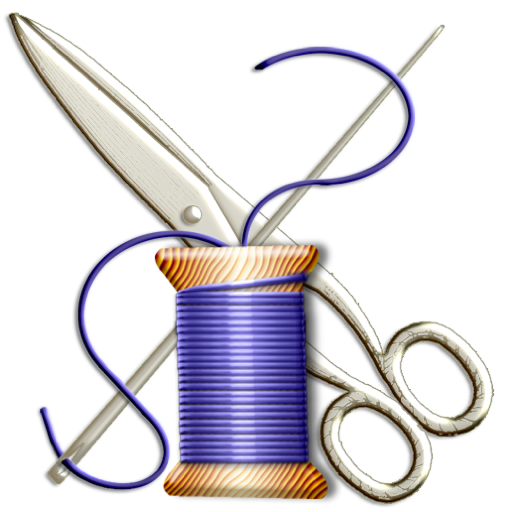 I realize this isn't the usual material you'd find on this blog, but hey, it's interesting! I figure opening this thing up is a good excuse to put up some pictures of the process, so let's get started on that. 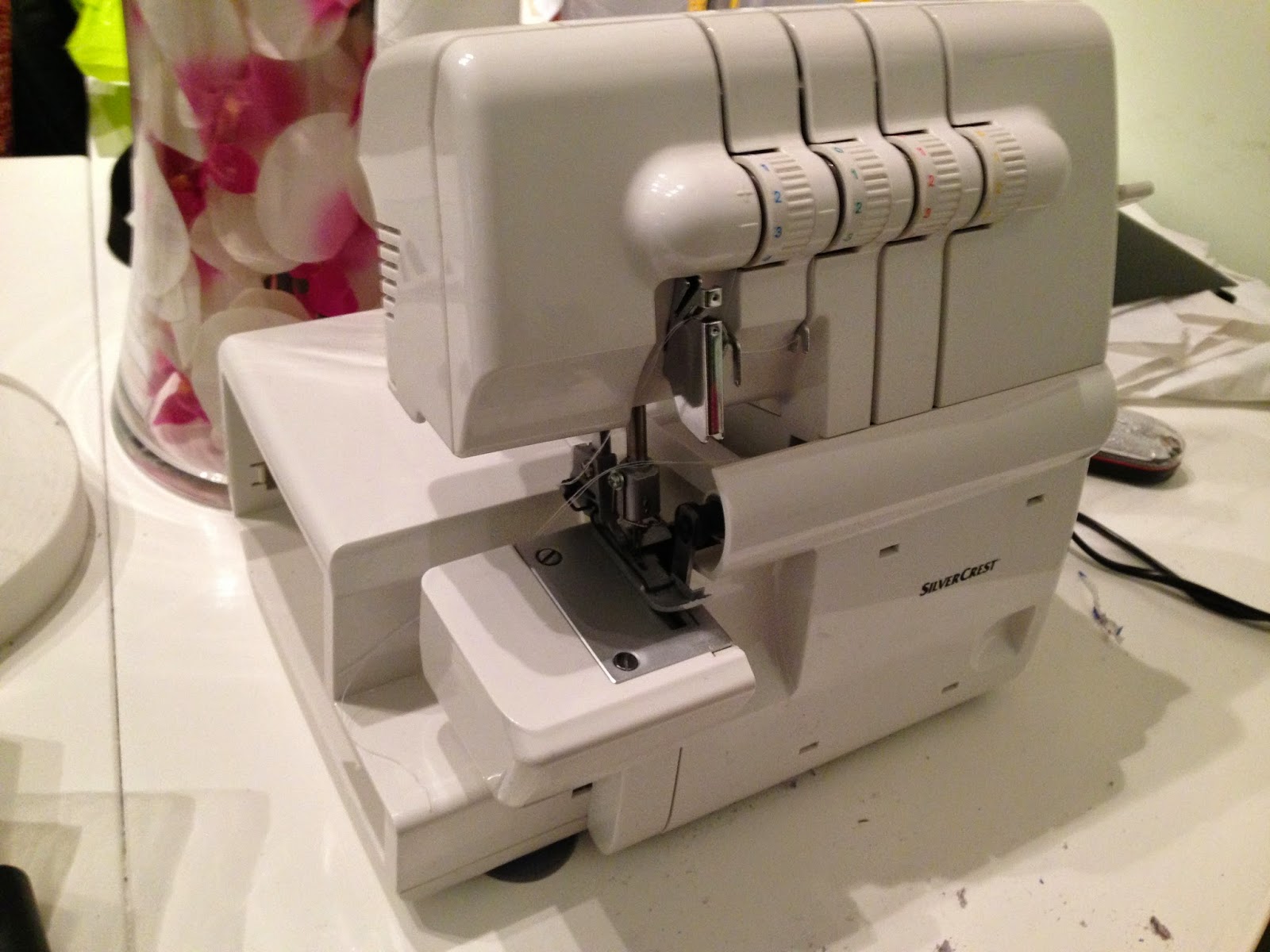 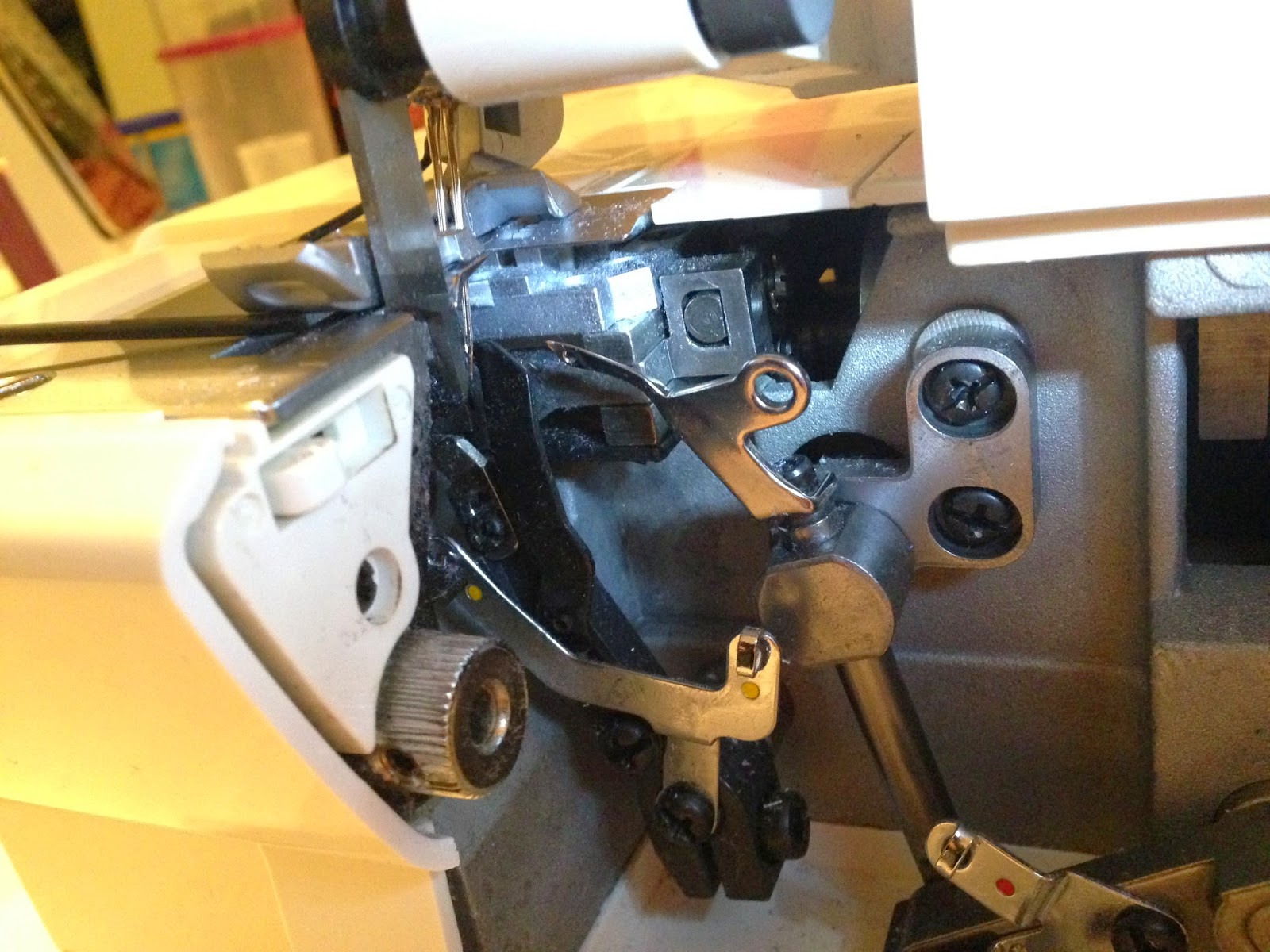 You'll notice the "square gray thing" with the slightly darker gray circular thing somewhat in the middle of the image. There's a hole on the side of that where a screw had fallen out. This in turn ensured that the metal bit indicated on the left with my screwdriver had some loose, and was lodging itself against the bottom plate. We'll cheat a bit, skip forward and loosen said plate and show the problem with a video:

Now, to get a screw into that tiny space, the front plastic plate needed to be removed from the machine. Unfortunately to be able to do that, both side panels needed to be removed as well. So let's just remove everything while we're at it and look at this technical bit of engineering.

Remove all non fixed attachments and trays (1 for parts, 1 for sleeves and 1 on the front for cut cloth).

Start at the bottom and locate the 2 screws with washers on the right. The nice part is that most screws (sadly not all of them) are a combination of flat and philips, so you can use whichever you own that fits best. I would recommend the flat though, since you can put the most force on those without overturning and thus making future maintenance a bit more troublesome. You can leave the black ones and sucker cup ones alone. 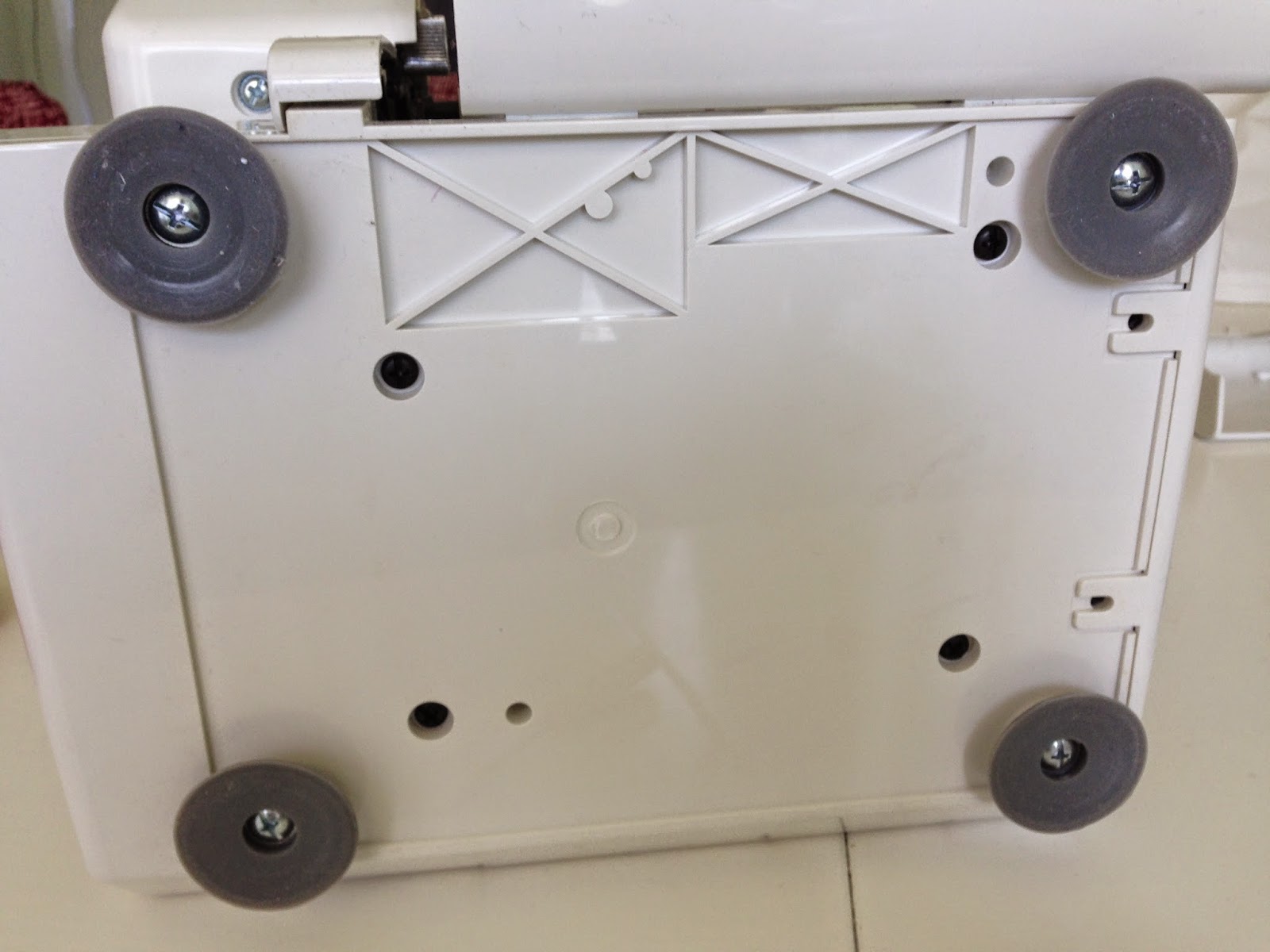 Store all screws you remove in the tray you removed earlier, and keep track of them - you wouldn't want to end up closing everything and suddenly having 1 more screw than you started out with It'll give you a headache.

Next is another easy part, the bottom-left panel, just 2 screws and it'll come right off. 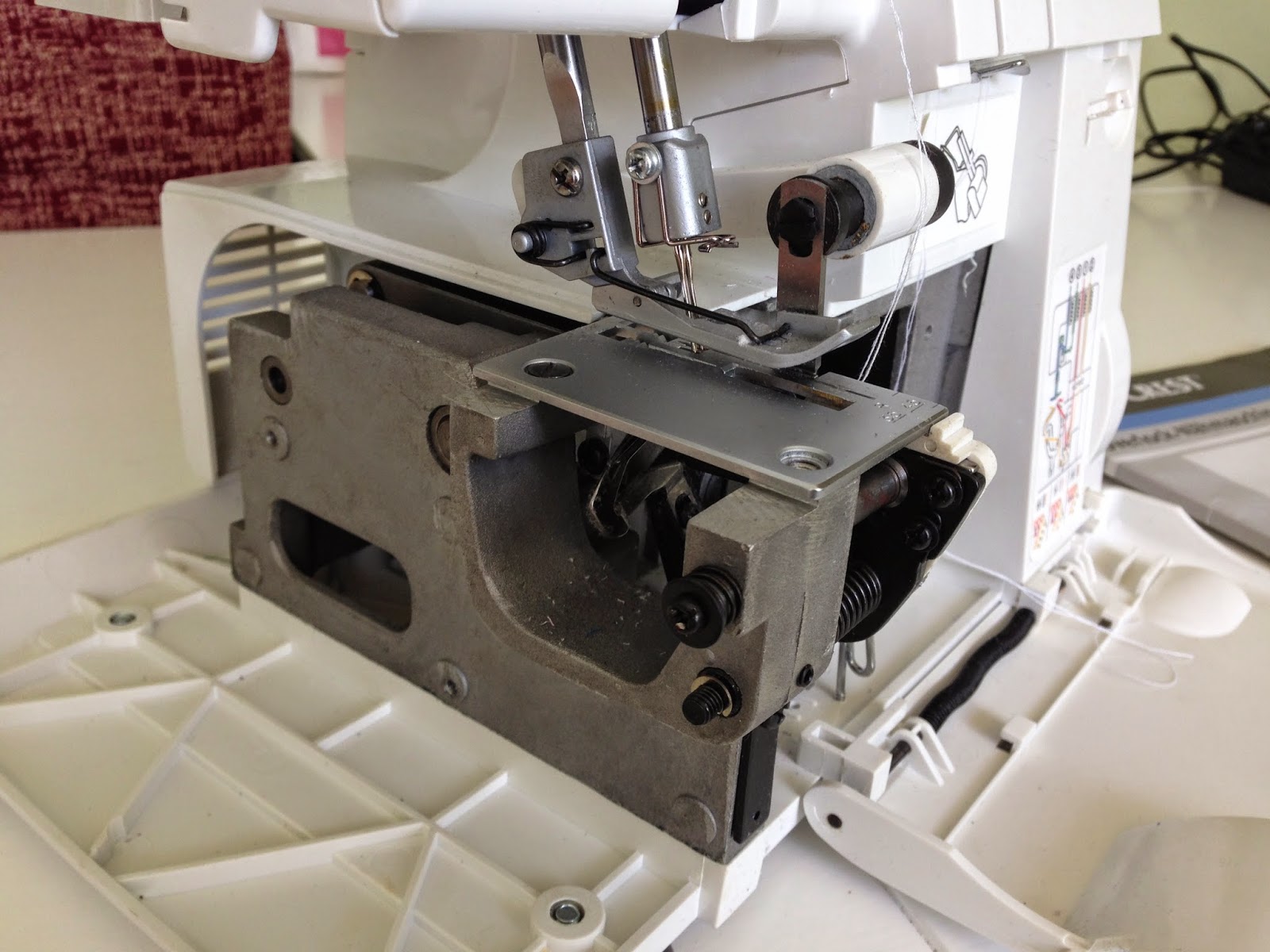 Turn to the rear of the machine and find the single screw keeping the topleft bit in place. Removing that will allow you access to the light (in case those leds ever break down, they're easy to replace) 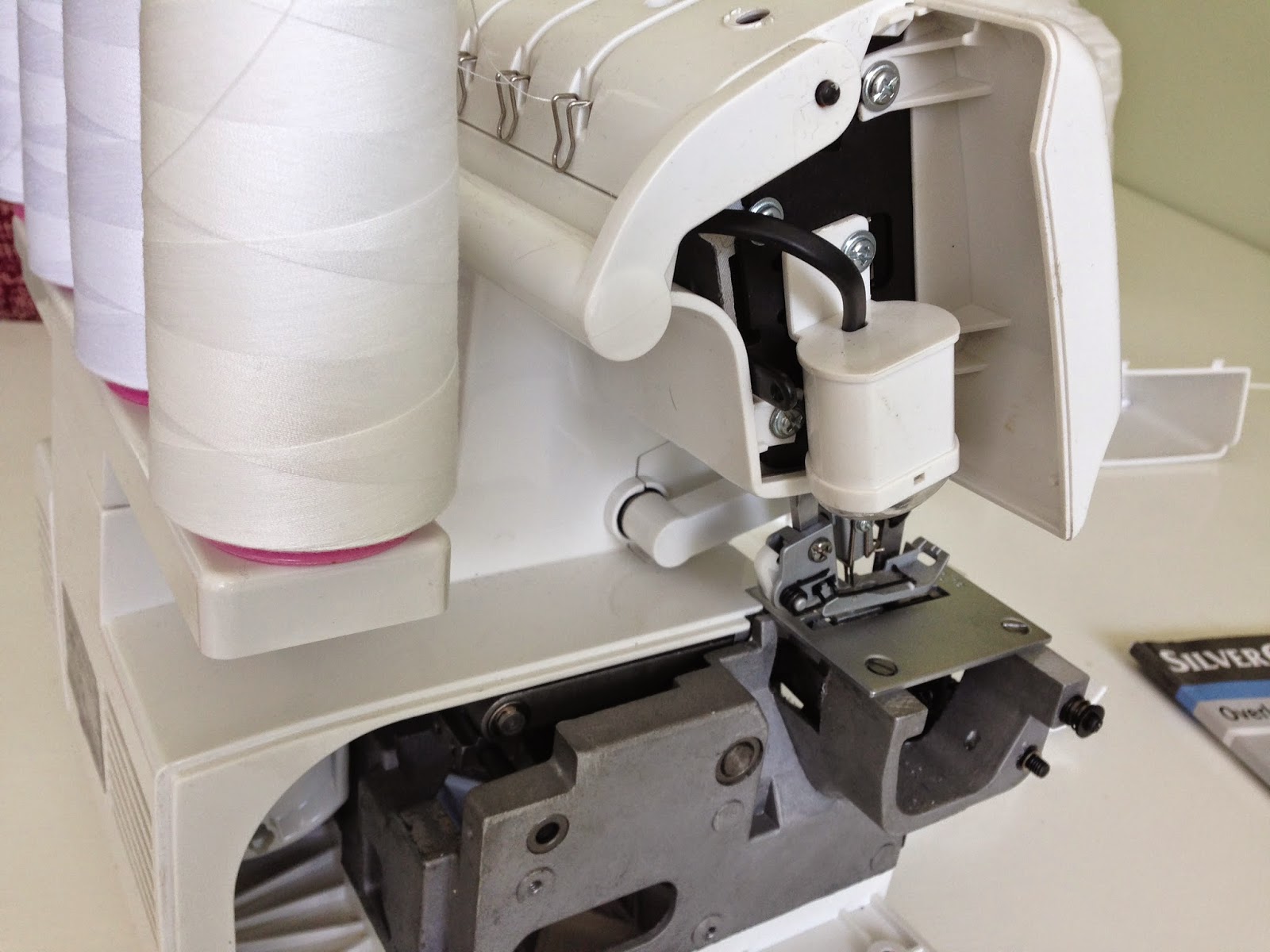 The next part is a bitch, and also the "only place" on the whole machine where you need the torque screwdriver. Now, I went ahead and removed this one before removing the thread handles in the back since it's the first time I'm opening one of these things, but normally you'd want to do "that" first... so that you have some much needed space. 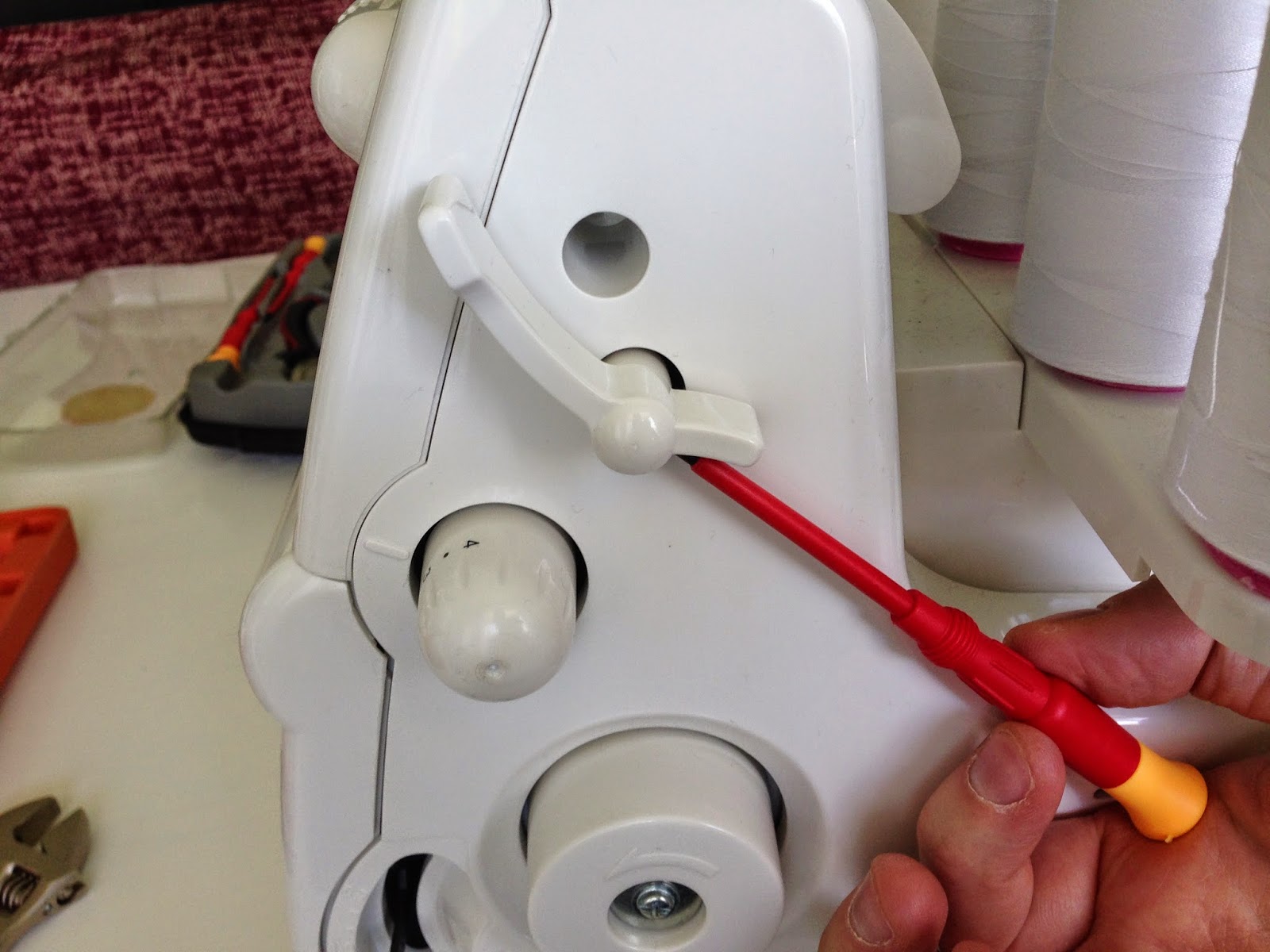 That's where it's located, and it's in quite deep. Make sure you use a torque screwdriver of the exact size that fits and no smaller. Also notice the "(" slot in the bottom, that indicator knob can (and needs to) be removed by pulling it. 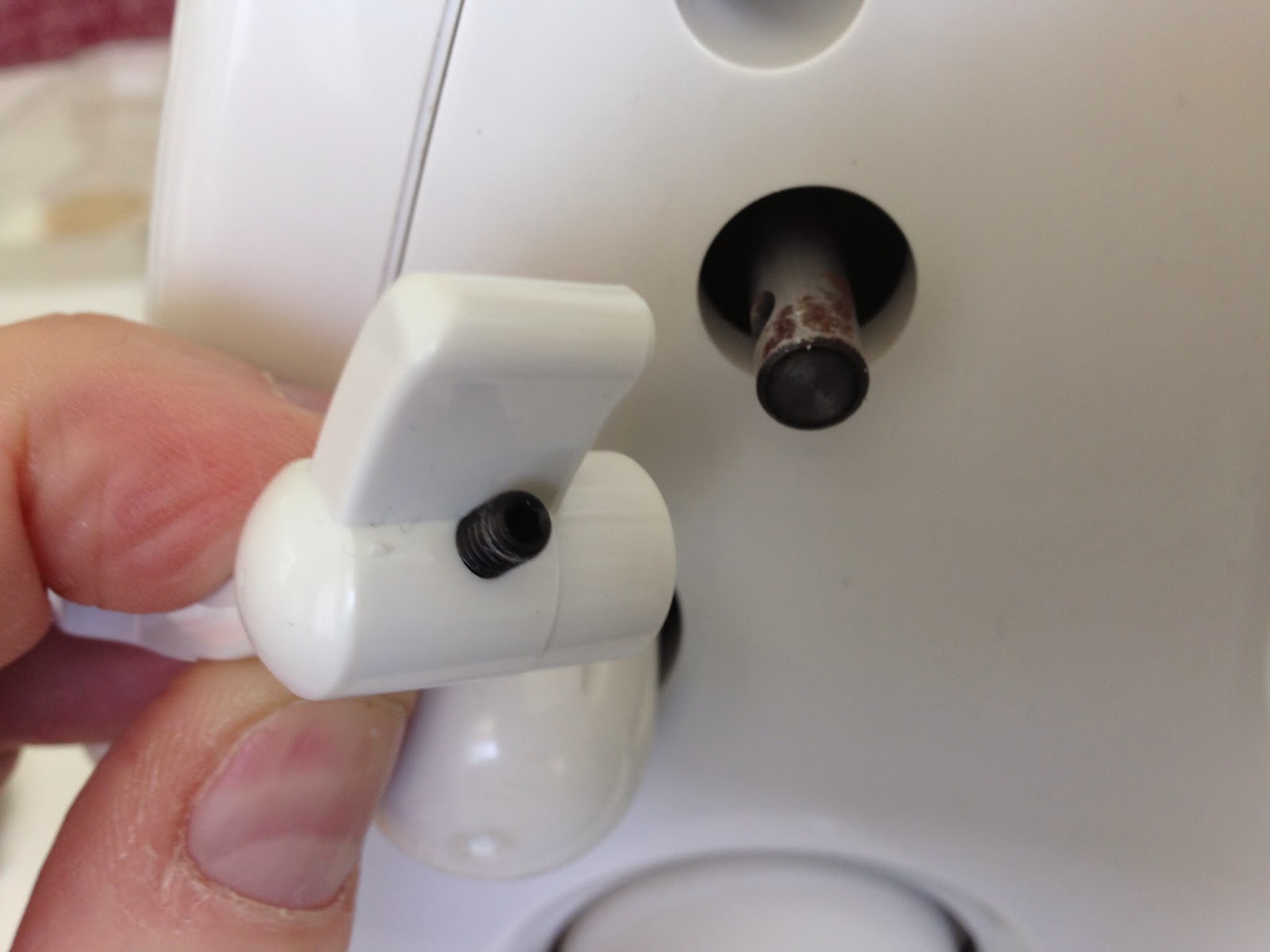 After that the side will come off fairly easily, as well as the front.

The thread arm has a hidden screw (well, it was hidden under a spool here) which needs to be removed before you can remove the arm. 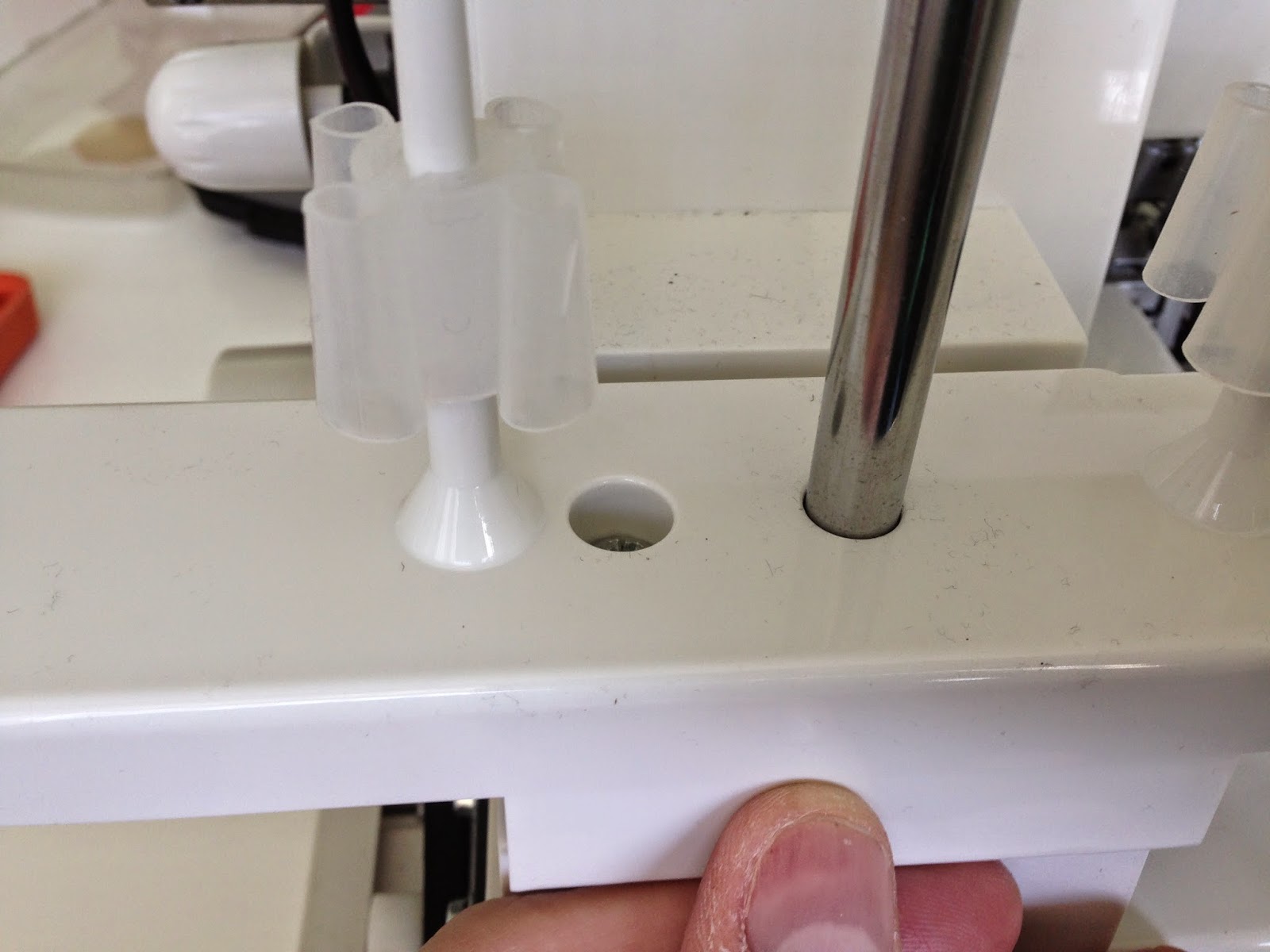 And yes, it needs to be removed because it hides yet another screw. This one is keeping the rear plate in place, so let's go ahead and remove it shall we? 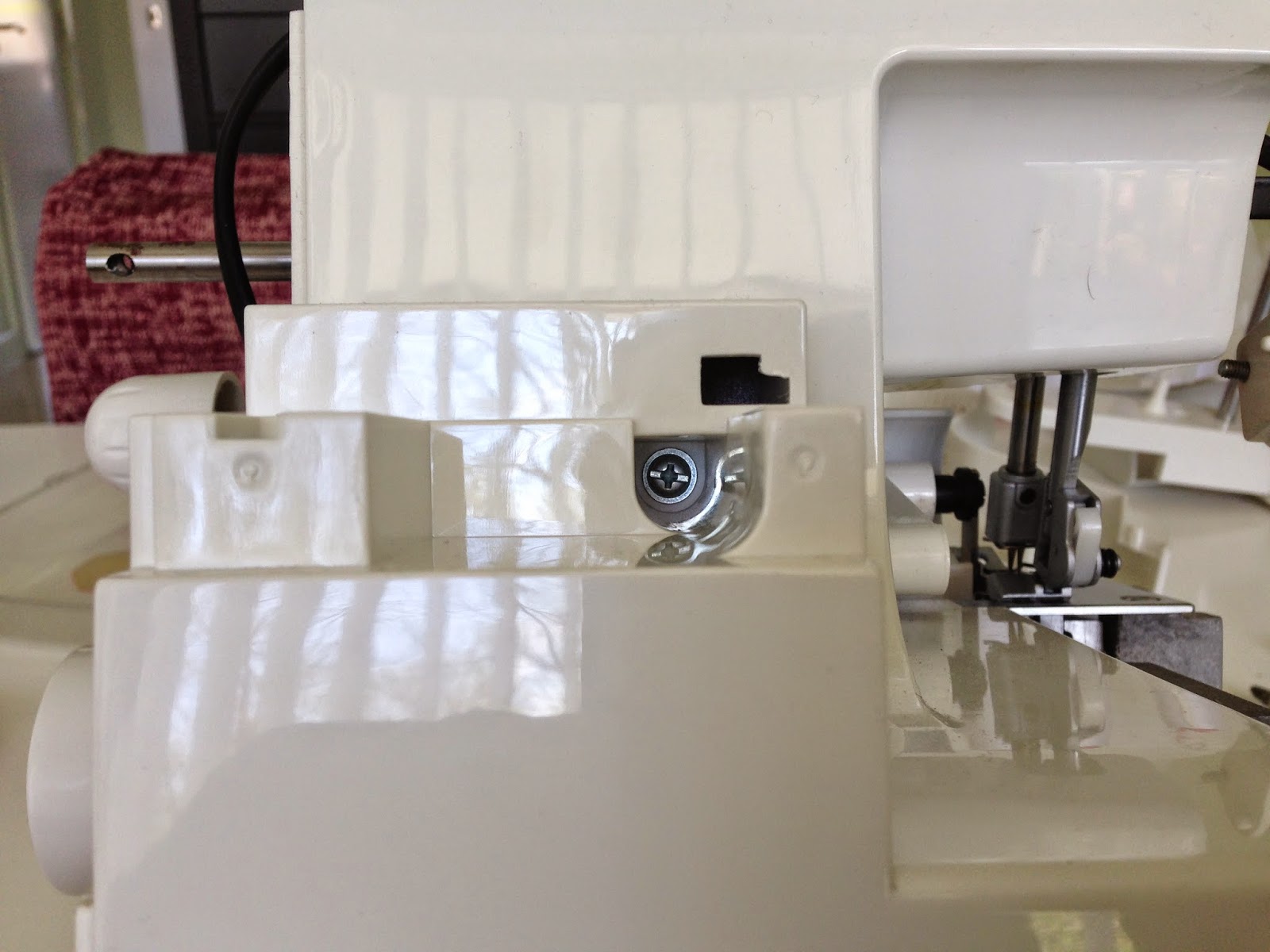 Having done that will allow access to some moving parts as well as the heart and "engine" of the machine. 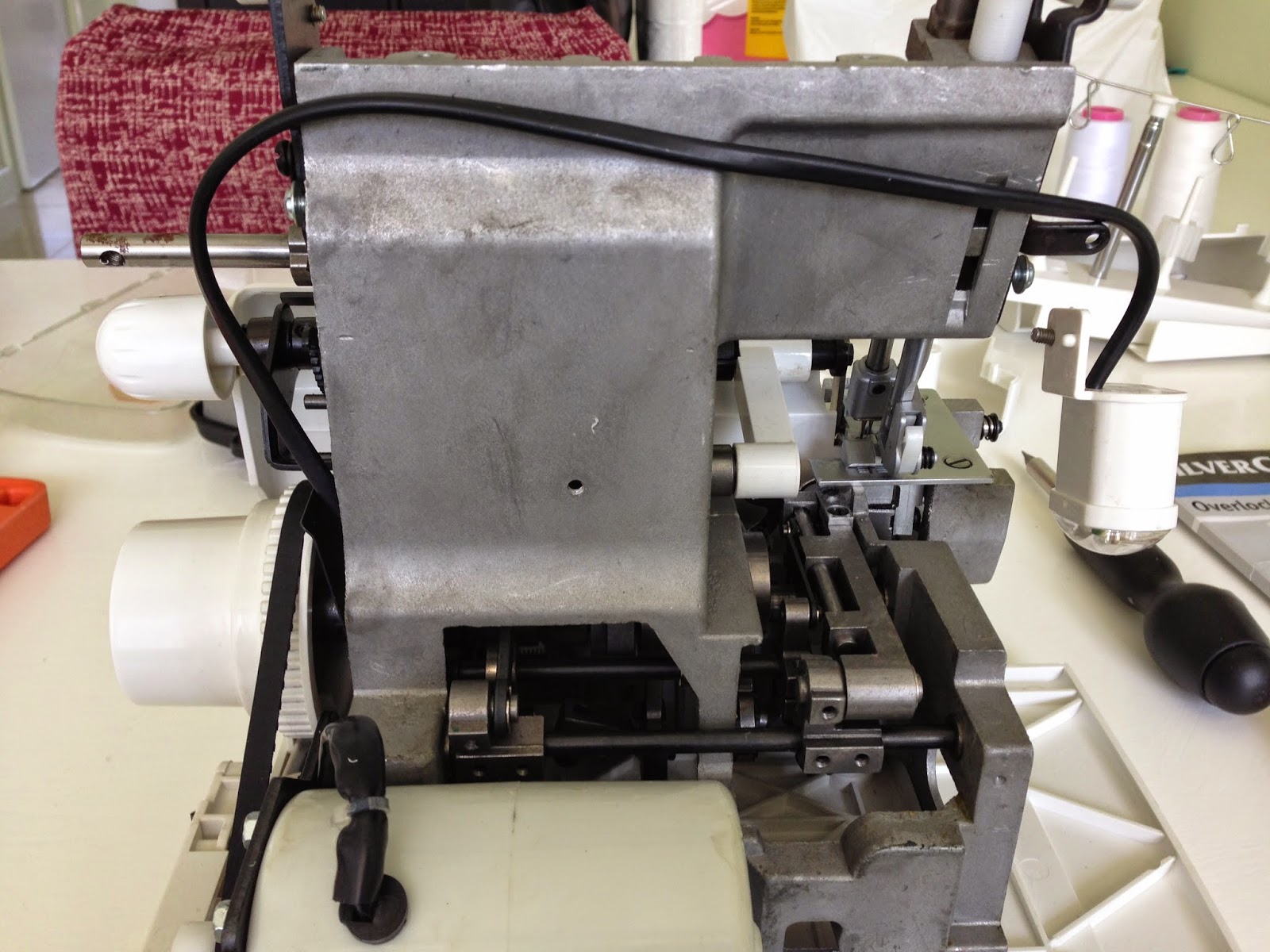 All those parts removed allowed me to finally indicate more clearly the location of the missing screw. Right "there". All the movement and frequent use had apparently made it fall out. 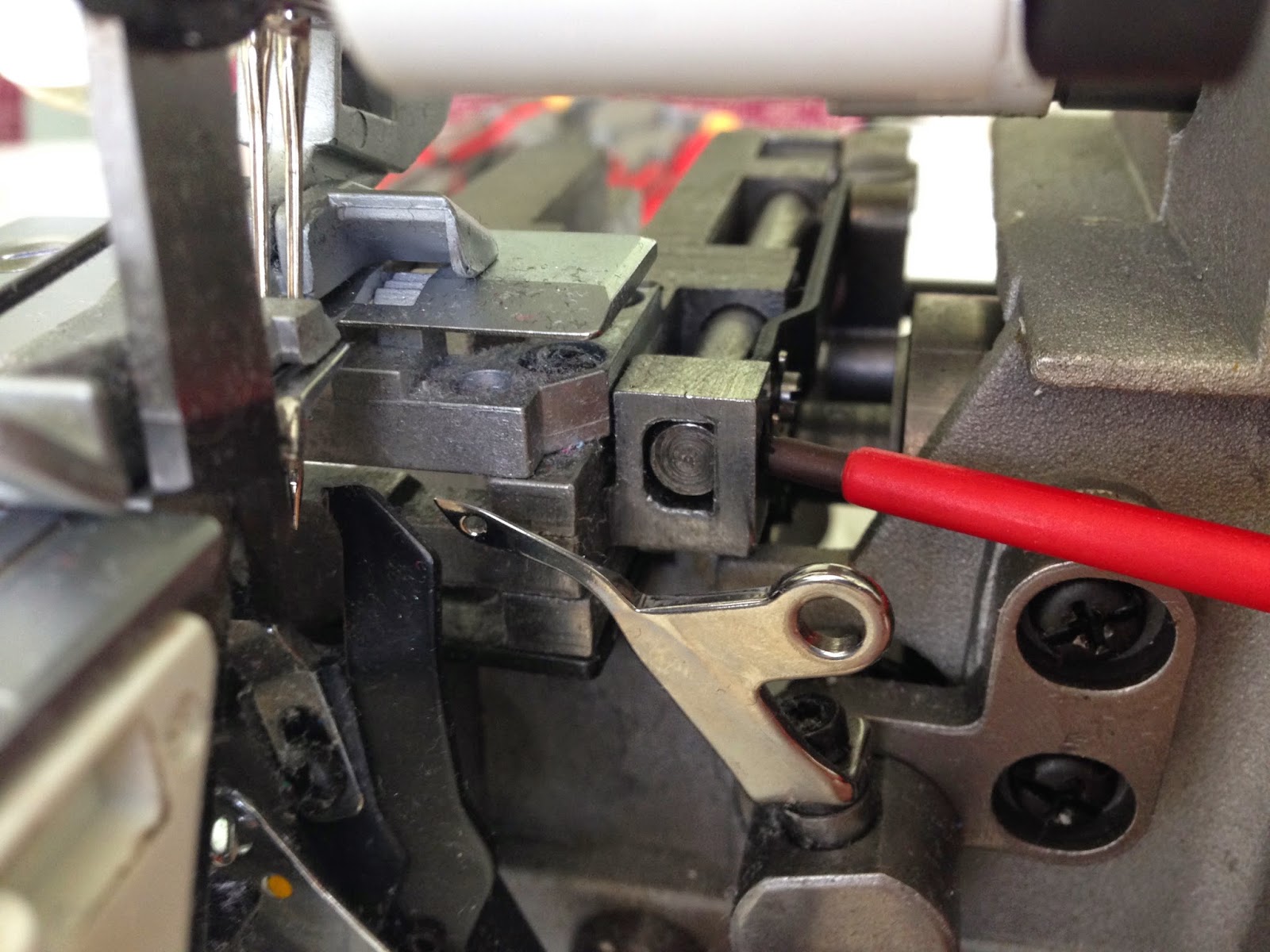 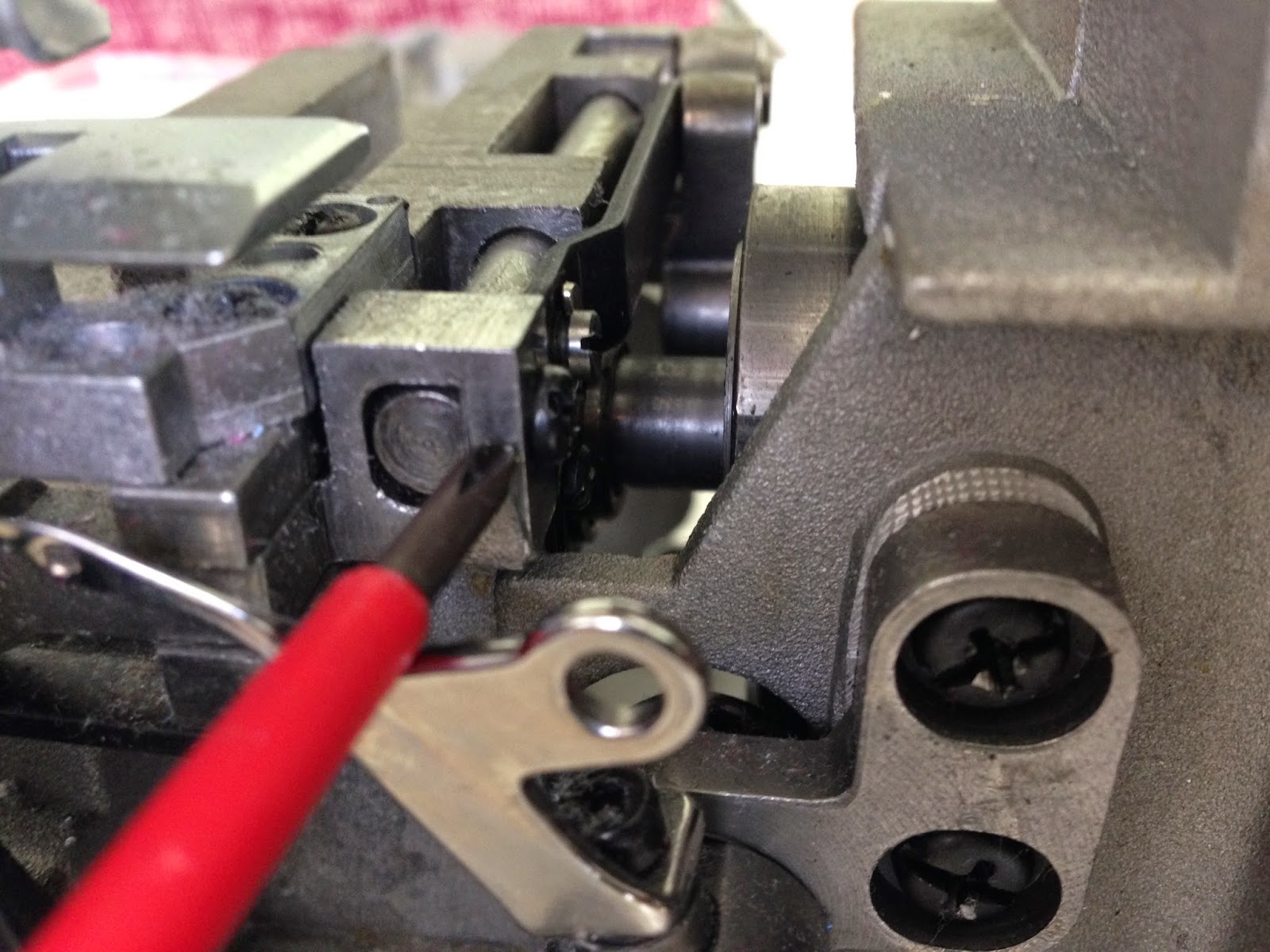 Simply tightening it won't do however, as you'll notice in the above video it was still hitting the bottom plate. There's 2 flathead screws keeping the plate in place, loosen those to align everything. Frequently keep turning the machine's mechanics using the manual movement knob on the right while adjusting the alignment to ensure smooth operation.

Here's a nice image of all the internal giblets on display. 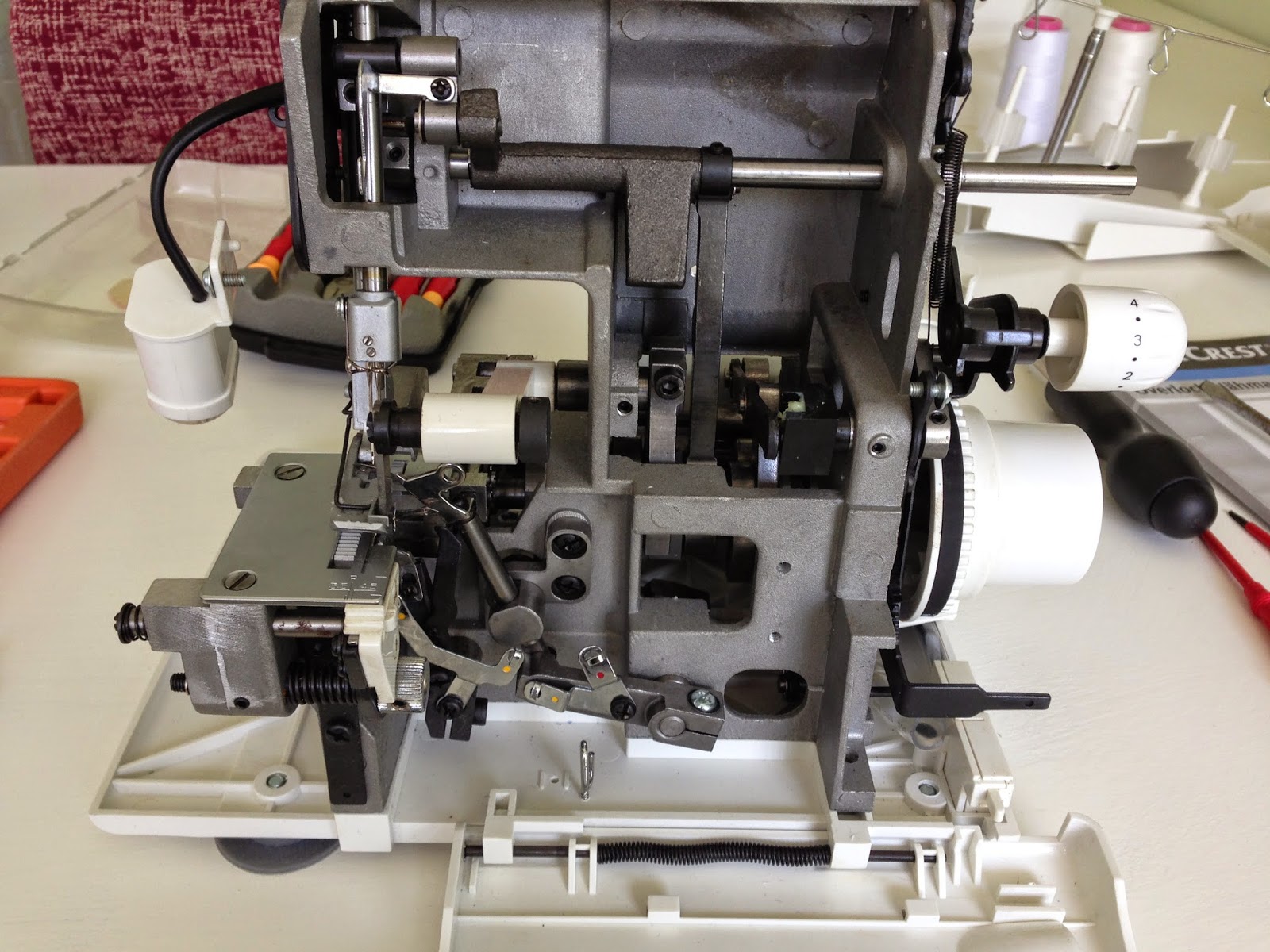 Now, while we have the machine opened up, it's a good time to clean and lubricate it using some of the supplied oil. Pierce the top of the plastic cannister with a needle and apply a tiny drop to the following boom: 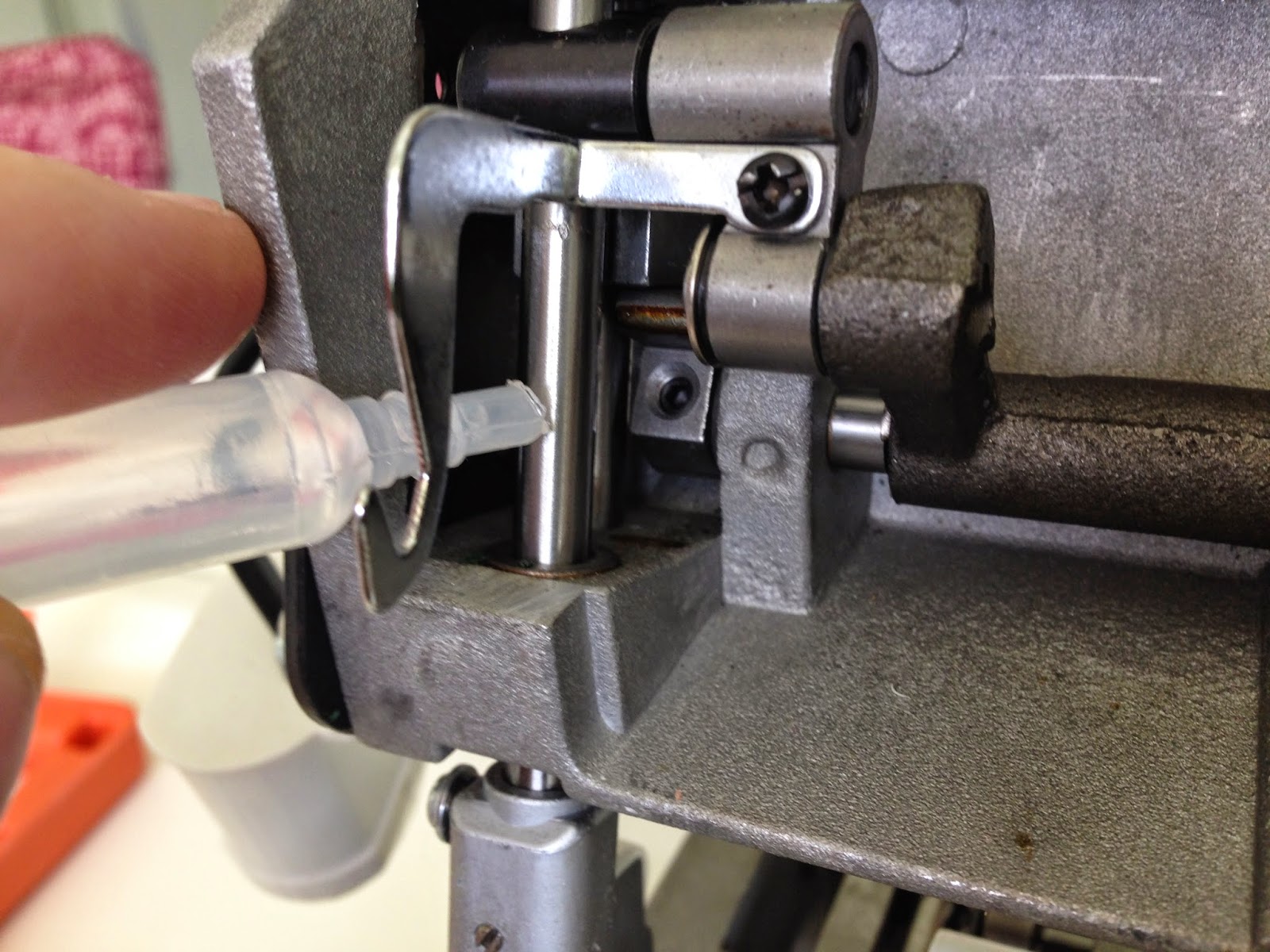 It moves up and down a lot, and a tiny drop will ensure smoother operation. Manually rotate the mechanics through 3-4 full motions to ensure a good spread. Next we add a drop to this boom here: 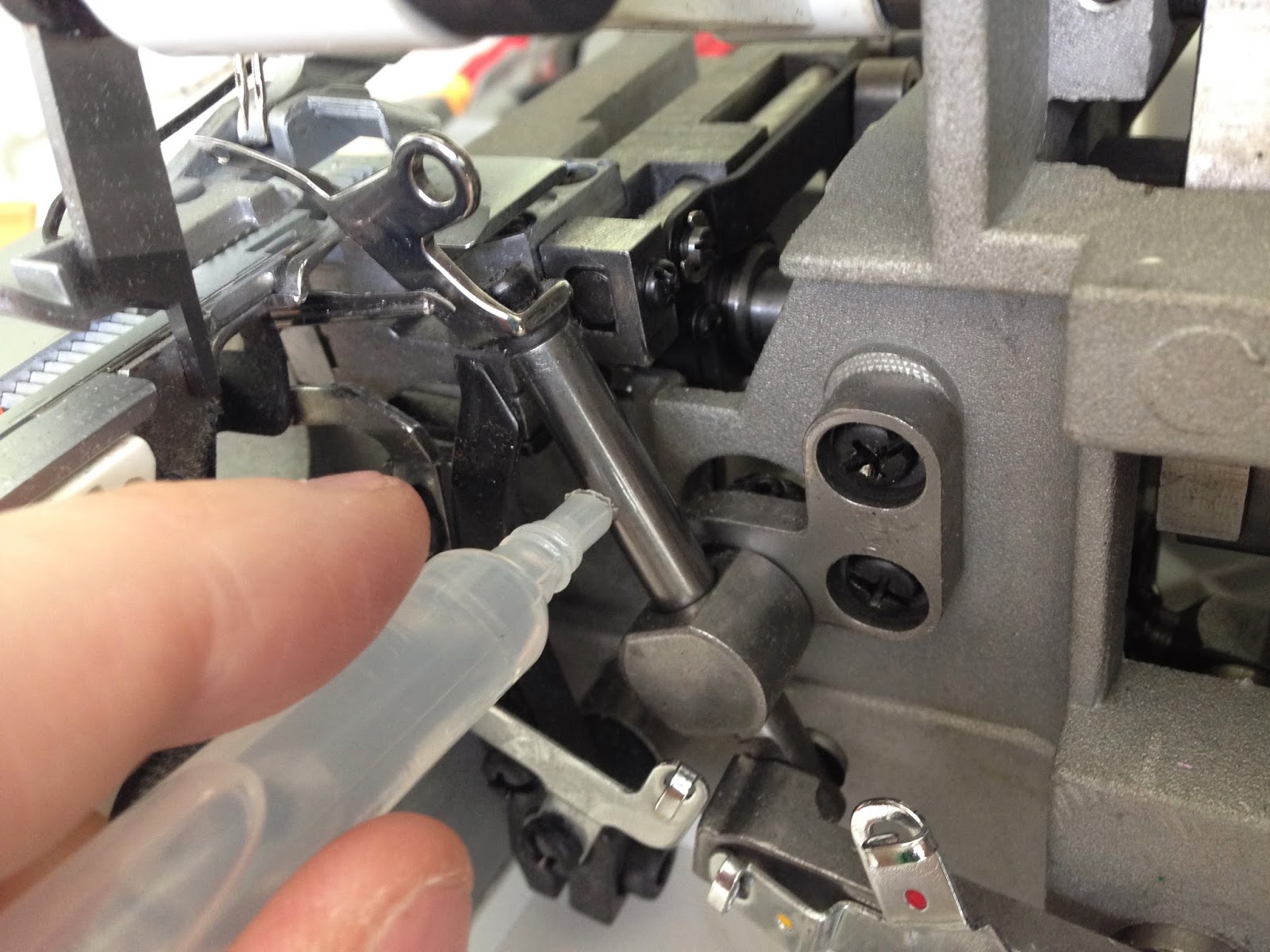 And again rotate it through another 3-4 full motions to spread the lubricant. 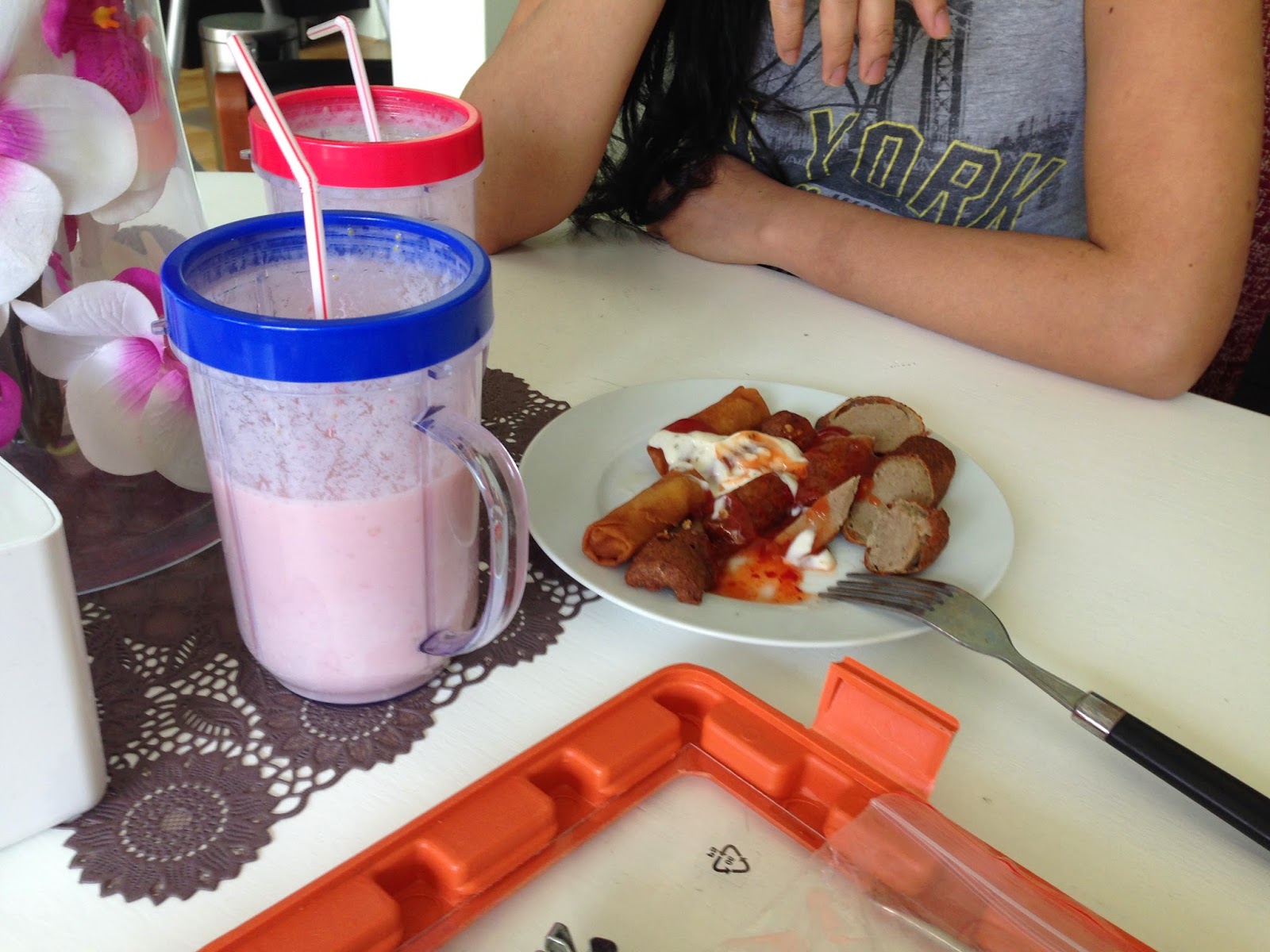 And putting everything back together.
Again, keep track of your screws and make sure you didn't miss any. 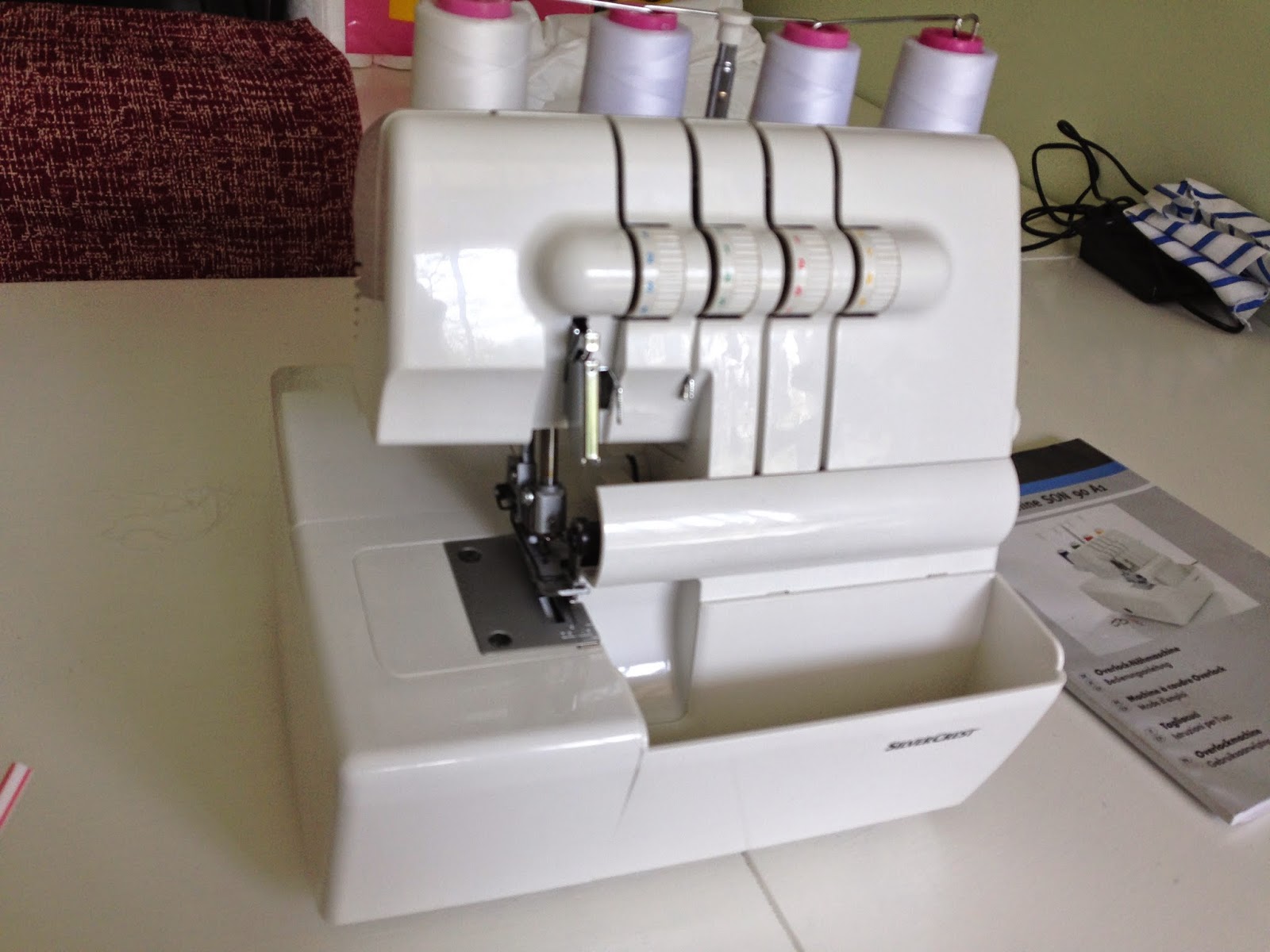 If you came upon this post looking for a disassembly, hopefully these images helped you fix your machine without the help of a professional, and saved a good sum of money.
at May 02, 2015