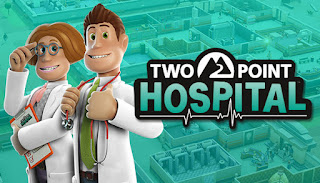 If you were alive and playing games during the late 90s, Theme Hospital by the late Bullfrog Productions studio (who also created Theme Park, a buggy but amazing theme park-management game) may have been on your radar.
Two Point hospital (TPH) is the spiritual successor of this game, and was first seen (for most) in the Second edition of Humble Choice.
Gameplay involves creating rooms for your hospital staff, and making sure your potential patients (customers/victims) are able to leave the hospital alive and well, while paying you big sums of money for the privilege.

Similar to the old game

TPH is very similar to the original. But - with vastly improved graphics, stability and new illnesses to cure. Patients come in, the General Practice room sends them to another room for diagnosis and later they go to another room for treatment. Queues quickly build up as your hospital becomes more popular, and with this the need to recruit and train more staff rises as well. 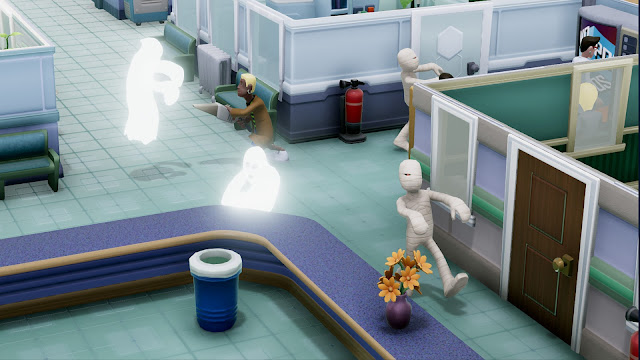 Some unfortunate few patients will ultimately die and possibly turn into ghosts. Ghosts will haunt your hospital and leave dirty ectoplasm on the floor for a few days, haunting and scaring other patients until they ultimately vanish. You can get rid of them sooner with a well trained janitor.
Janitors really do everything. They clean, fix machines, upgrade machines, water plants, catch ghosts, empty trash cans. I suspect a few will even do more - like black market surgery, but I haven't been able to catch one in the act yet. In short - without good janitors your hospital will quickly burn down. 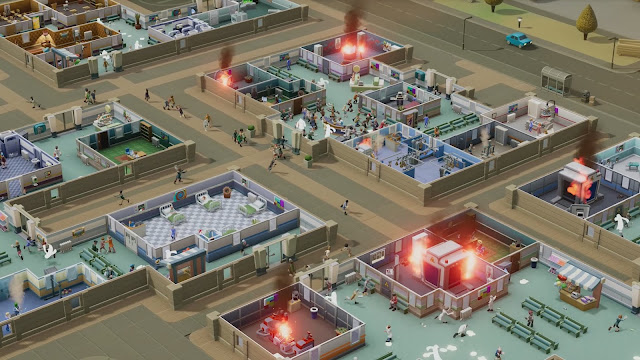 It does get repetitive

An unfortunate downside of having several zones and new hospitals to expand is that it quickly starts to feel like a "build and forget" kind of game. While initially you would happily focus on minute details like where best to place an extra trashcan or heater, later on you just dump the bare minimum into a single room as long as it gets the job done. The finer details of design are quickly lost as you know that after getting a star in this hospital, you'll be able to move on and start a new zone. So is there a "goal" really?
Well yes, as you get to the later levels especially. The game does offer you leaderboards with which you can directly compare your progress and standing against your steam friends who have also played this game. How far did Gina get - well not very far it seems.
As you unlock more zones, new rooms, items and upgrades become available. Your general diagnosis machine could be upgraded to be more efficient. Beyond that you will be able to construct a research room, train staff in the skills you want them to learn and further improve efficiency. Eventually you may just want to go back to the earlier levels and completely redesign them with a cafeteria, bigger staff rooms, and properly trained staff to really notice the difference against your earlier playthrough. (And the leaderboards obviously) 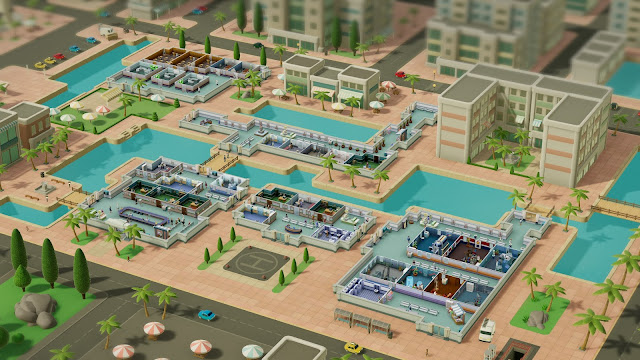 Like most casual and other games alike, Two Point Hospital has more than a few DLC available already. And while they aren't needed to "complete the game", they can be worthwhile if they are on sale. On their own they add very little content however. An extra hospital area or two, a bunch of new items, maybe a few diseases to exploit. Personally I'd say suggest to skip these unless they are on sale with 75% off.
- Retro Items Pack
- Culture Shock
- Off the Grid
- Close Encounters
- Pebberley Island
- Bigfoot
And the devs are working on Two Point Campus, slated for release in 2022. This is a fully standalone game where you design an academic institution rather than a hospital.
Two Point Hospital - Release date:
- 30 Aug, 2018 on Steam
Minimum system requirements:
- 64 bit CPU and OS, windows 7 and up, Intel Core i3 6100 or AMD equivalent, 4 GB ram, Nvidia GTX 460 and up, DirectX 11, and at least 6 GB disk space
at December 04, 2021