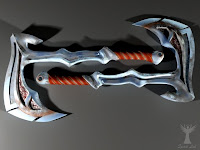 3.2 seems to be speeding up suddenly. PTR patch notes! The Big and complete list can be found at MMOC, WoR, WR and a some other sites. But those won't have all the comments attached to it that you're used to from seeing on this blog! Some of the highlights Instances * Crusaders' Coliseum. A new 25, 10 and 5 man instance. Inside are 5 bosses. * The Nexus: The Oculus and The Eye of Eternity: All mounted drakes used in these instances now scale with item level just like the vehicles in Ulduar. * Isle of Conquest. A new 40 vs 40 siege style PvP battleground. * Both the 10 and 25 player instances of the Crusaders' Coliseum drop a new Emblem of Triumph. * Any dungeons that previously dropped Emblems of Heroism or Valor, such as Naxxramas or Heroic Halls of Stone, will now drop Emblems of Conquest instead. Emblems of Conquest can still be converted to Valor or Heroism. - Well crud, that really dumbs down the value of those badges. * The existing achievements to collect 1, 25, 50, etc. Emblems of Heroism, Valor, and Conquest have been converted to Feats of Strength since Heroism and Valor Emblems are no longer attainable. - Le sigh. Rogues * Rogues get to use AXES!, no it's no joke. We actually get to use AXES! * Sword spec is renamed to hack 'n slash and also applies to axes. * Sadly there are no axes worth noting available for rogues yet. Seriously, it's been something rogues have been asking for since Molten core and BWL, but then they finally add it,,... and there's no Axes worth using. * Axe Specialization (Orc): The weapon bonus from this effect now applies to fist weapons in addition to axes. Don't you just wish you had rolled an Orc instead of a damn Undead or Troll now eh? Other Classes * New druid art for cat and bear forms has been added. And they look damn awesome! Some other 3.2 related stuff Mount changes, as stated last week. Level 20 players can now learn 60% riding speed, and level 60 players can learn the flying mount skill. Cooking: Chef's Hat is now superior quality and allows the chef to cook faster. Totally worth it! Also, of note XP gain in battlegrounds coming in 3.2 You'll only gain XP from "actions" such as capping a flag, not killing other players. * Also, you can disable this feature if you wish your character to remain at a certain twink level. (Insert boos and hisses here) * That same feature also applies to your regular PvE experience gaining (Insert spitting and yelling here) It's good that blizzard is implementing a small bonus for low level pvp, but quite sad that they don't want to flush out the twink playstyle. Last, but certainly not least Epic Gems!

Jewelcrafters get the recipes in all the usual ways: Buy with honor points, Jewelcrafting tokens, and all the usual ways. Also, you can get epic gems by prospecting titanium ore. I suggest you start hoarding that junk, because prices will skyrocket within minutes of this news, if it hasn't already. Alchemists can also make them, emblems of heroism can buy them (25 or 50 instead of 10 badges at a guess) and they're a rare drop from the icy prism. Wait, epic gems?! Freely available for all to use? Doesn't that mean that your "oh so precious" Jewelcrafting skill will be worthless after the recent nerf? No, as predicted not quite. I love it when I'm right, seriously, makes me feel like Nostradamus himself or something. Here's what's going to happen: * Blacksmithing: No change. Just buy two new shiny epic gems for your two bonus sockets and you'll have +40 stats. * Enchanting: Values on Northrend ring enchants increased. 2x +20 stats instead of +16 stats. Nice, no need to learn new enchants it seems. * Alchemy: The Mixology benefits from Northrend elixirs and flasks have been increased. Likely to give you +80 Attack power on a flask of Endless Rage. And equivalend +40 stat values on other flasks for all classes. * Inscription: Existing master inscriptions increased. From 32 stat bonus equivalent over the sons of hodir ones to 40. * Jewelcrafting: Dragons eyes improved. It'll remain to be seen whether you get +39 or +42 stats total, since "40/3" doesn't really come out with a nice round number. So, instead of Unique(3) I suspect they'll become Unique(4) and be made into 30 stats per gem for a total of +40 stats like all other professions. * Leatherworking: Fur lining values increased, from 32 to 40 stats. * Mining: Toughness rank 6 provides more stamina now. * Skinning: Anatomy now provides 40 crit rating instead of 32. * Herbalism: Increased healing from Lifeblood Rank 6, it also scales with your max hp somewhat. Whether that's worth 40 stats, not unless you PvP a lot I guess. * Tailoring: Embroideries improved. You still won't get 40 stats worth out of it, but at least you don't get nailed as bad as engineering. Feel free to cry on the forums about this fact, since blizzard does not care. Likely they feed on your tears as much as Algalon does. * Engineering: Gets fucking shafted as usual. Well, pretty much. Increased benefits from Hyperspeed Accelerators, Hand-Mounted Pyro Rocket and Reticulated Armor Webbing glove modifications. "Hopefully" these will properly account to +40 stats, but if you've been engineer as long as my primary character has... yeah... don't get your hopes up. While talking about engineering anyhow... This one's pretty cool: * Spynocular belt enchantment changed to a Brassbolt Rebreather, allowing engineers to breathe underwater. Shame I didn't need that.
at June 18, 2009

I'm not sure what you have against twinking...if you don't want to twink don't twink...seems pretty simple to me. I see no reason that you should call on blizzard to prevent twinking.

The problem?
* New players who try bgs run into 1 shotting uber twinks. They get bored of that pretty quick.
* Naxx shoulder enchant selling for 3K+ during TBC.
* Twinks are players who suck at high level pvp and want to take out their frustration against players who are simply trying to play the game and have a quick hour of "fun" in low level pvp while leveling.
* Twinking is purely gear based, it's got nothing to do with skill to begin with.
* To be "able" to participate in low level pvp and stand a chance at winning against other twinks you either have to twink as well = disgusting waste of time and money, or continue leveling.

Incorrect. As stated in the patch notes and by numerous blue posts on the World of Warcraft forums, those with XP disabled will automatically join a different queue for battlegrounds than those with it enabled, ensuring a Twink vs. Twink experience.

I recently came accross your blog and have been reading along. I thought I would leave my first comment. I dont know what to say except that I have enjoyed reading. Nice blog. I will keep visiting this blog very often.