So, I was trolling around on the MMOC forums and ran into a pretty decent thread. It happens so and then, not a lot but, it happens. To be exact, this one. The dude who started it has since gotten banned from the forums - never a pretty sight, but it's happening a lot lately. He probably had it coming though. However, the dude (or chick, can't tell) did have a perfectly valid observation. The game seems to have lost the social prowess that it had in the older days. People simply don't care about reputation anymore, large guilds matter less and less. What, how, why? Look at it this way, when the game was still in beta and even the first year of it the game was "new". This will attract a certain type of player who is willing to try new things. A curious player, explorers so to say. Since the game is new (beta even), the game will be poorly balanced, difficult, full of bugs and not much information is available for the players about available items, monsters and cookie cutter skill builds. So, everything has to be discovered and explored by the players themselves. The type of player who has no patience for such things will usually quit early on, thus leaving a much different player foundation in the game than we can see today. So, years go by and the game adds three new expansions, slowly evolving into the WoW we know today. Millions of players worldwide, all investing their money into it on a monthly basis. This cash is used to keep developers active, new Game Masters, quality control, TV advertisements, gigantic server parks all around the world and swords and shields for Blizzard's long time employees. (You know it, you've seen it, and you know you want one too) Now, a different kind of player will be attracted to the game than before. The "cool kids", not just the warcraft fanboys but their friends and friends of their friends because "WoW is big and cool and you should play it too". Unlike before, these guys have everything handed to them. * Short dungeon Queues, connected to a whole battle group. * Detailed theory crafting. * Detailed boss tactics in game even. * Easy mode dungeons. * Raid finder and easier bosses that are downed in hours or days instead of weeks and months. * Epic gear for tokens. * Daily quests. * Smaller zones, less travel time. * Cookie cutter builds on a hundred WoW related websites. * XP needed to level cut by 30% and more if you have access to hierlooms. * 300% XP boost if you get recruited by a friend. * Cheap mounts, mine 1 stack of copper bars and sell it on the auction house and you'll have enough. Something which took people weeks to do before. And more, plenty more. 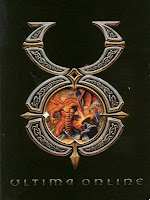 Now, most of those early "veteran" players will have already quit the game in search for new things to explore, but the players who are currently joining the game are playing an entirely different version of WoW than we started those many years ago. And, these players will still stick around because they "like" the fact that they can troll forums and have millions of players read their garble. (Call them trolls if you like) This generation of players is, in comparison, a lot younger and still completely different from the ones who joined the first year. This "evolution" of MMOs is something you could probably write pages and pages worth of school assignments about, psychology of a gamer and so on. There is plenty of material for studies in the analyzing a MMO's and it's playerbase's evolution. Perhaps it's even been done already, I can't really be bothered to spend a day on google trying to find articles about it. But, perhaps this post will inspire someone to do so in the near future. In the end, yes the players in the game today are very much different. More arrogant, lazier, less tolerant, less used to difficult and hard won progress. It's a laid-back generation right now that is used to having a lot of convenience (See above). And they aren't likely to find a different game anytime soon because no game has had anywhere near the money put into it for development and refinement yet. The majority of gamers who started playing WoW 7+ years ago is not likely to still be playing. They are off looking for new challenges, new things to try, discoveries to be made. Or simply waiting for Diablo 3 like me. In a way it's simple evolution, some people leave, others remain. But, on a different scale than we might think, a scale that has been researched very little so far, and yet one that we see and are involved in ourselves. Just look at your own guild and tell me how many people have left your guild in the last year? More than a few no doubt. Of course, I'd be curious to see other people's thoughts on the matter. But in the end I fear the original poster was correct in his thoughts. WoW has become less social. And it's not just because of the dungeon or raid finder. That doesn't mean there aren't still awesome people in the game, but not the overall feeling you will get in random groups or pvp battlegrounds...
at December 29, 2011

speaking of the psychology of MMO gaming, i wish to draw your attention to nick yee's "daedalus project." dude wrote his THESIS on the sociology and such of mmo's.