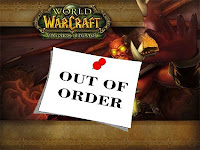 So, just for the heck of it I used the free 7 day activation thing to pop onto my old WoW server - Aszune. It might be just silence before the storm but the server's activity has dropped sufficiently to mark it as a "New players" server. Aszune! Which used to be marked with a big red "high" tag. Not even low, but the recommended server for new players now... Oh how it has fallen.

Anyway, I'll be counting myself among those players who aren't planning to buy the expansion. Sure, I haven't played the game in a year now, and since then only one major content patch was released - only one, that's quite poor. Mists of Pandaria is just a week and a bit away, but even though it'll allow another 5 character levels, new raids, instances, higher gear levels and more. The pokemon battles on their own already indicate which way the game is going, and it's not toward more serious raiding.

Sure, you can still "do" heroic modes, or challenge modes, but all the other problem which helped finish the game for me remain the same. Before in older expansions not all content was for everyone, even in vanilla there was the 99-1% rule,. or 97-3% more accurately. Meaning there's 3% of the players who will get to see "all" the content, the highest level raids. Be able to "complete" the game so to say. Now, I wasn't in that 3%. Probably not even in the 15% back in vanilla, but that was part of what drove me to go on, to challenge myself to do better, improve and try to "get there".
It's part of the race and the challenge that drove most of our guild later in TBC that pushed us through Tempest Keep, Serpent Shrine Caverns, Hyjal and Black Temple. And we did good. Competing against other horde guilds on our server for server first kills. (We even got a few iirc) It was fun!

We completed the Black Temple, and we were over halfway though the Sunwell when the next expansion hit us. We were gutted, obviously, that we wouldn't get to finish the instance. Later we did come back and cleared it once just for the heck of it, but with 10 extra player levels and gear it just wasn't the same. 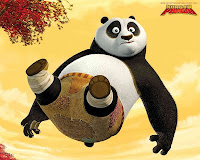 Well, I already posted most of that nostalgia in A journey of 7 years. Back to current day. WoW as it stands now just doesn't hold up to the old feel of the game. Currently it's just a daily quest grind, and a daily dungeon run for your reputation and tokens. Progression barely even matters anymore because everyone on the server has already cleared all the dungeons and raids using the dungeon finder or normal mode (e.g. cripple mode). And, if for some reason you haven't managed to do it in the first two weeks a new instance is released, Blizzard will keep nerfing the monster health in the entire instance by 5% each few weeks until you do!

The game is being handed to you on a platter. Free gear for everyone, just as long as you log in for a few minutes every day and do your daily quests or dungeon. You'll get there, effort not needed, even the biggest moron can run along after a group of other players and spam the attack button.

Meanwhile the total subscription count is down by several million - though it may go up for a few months while some people temporarily return to experience Mists of Pandaria - and subsequently quit again when they notice it's just "more of the same" spoon fed free epics and none of the old style hard earned progress. Blizzard has even added in a boss tactics list, showing the special attacks to watch out for on each fight so you no longer have to worry about looking at WoWHead of other sites for them.

* Monks use leather - as a main rogue player, this means every noob and new alt on the server will be rolling for gear we can use...
* Pandas for each faction. No longer will body shape alone be enough to tell who is friend of foe.
* Pokemon pet battle system. Horrible idea, aimed at a much younger generation.
* Even shorter dungeons. I like to explore, struggle and take my time in an instance, not get forced through a loot-chute for kids. Old style AV will never return, but what they did to that battleground is a clear view of how the entire game got crippled.
* Talent system dumbed down even further. I like being unique, I like having a sense of progress while leveling. This system doesn't give any of that. Sure, choice over one weak talent or another weak talent.
* Void storage, does not accept unique/legendary items - just lame.
* Graphics engine is horribly outdated and even though the landmass has received an overhaul, the game still looks must like it did 7 years ago. Blocky and cartoony. That has it's charms in a way, but when new models are being added with well over three times the detail, it makes some of the existing models feel ancient and ugly.

There are better games out there. Some free, some at least without a monthly fee.
Aion is F2p now,. Diablo 3 might entertain you for a month or few as well, GuildWars 2 has no monthly fee. And that's just the tip of the iceberg really.
Add in the fact that we're all 7 years older than since we started this game, and it's really like looking back at some dusty old boot that you might have liked to wear once, but now it's just too small to comfortably wear anymore.
at September 21, 2012

Your post sounds like my grandfather complaining that there's nothing good on TV these days. I'll just say this... don't knock it 'til you try it.

I went on beta expecting to hate the pet battles. I don't play Pokemon and I'm old enough not to care to try.

Surprisingly, the pet battles were very engaging. I'm actually looking forward to them, if just for an occasional distraction.

As another person who has played since vanilla, I have seen the same changes that you have. However, most of the changes have made the game more fun and more accessible. Have they gone too far in simplifying? In some cases, yes. In others no. Keeping the ridiculous grind of old is not in the long term interest of the game. As someone who has played for seven years, I am glad that I no longer have to be online every single night in order to stay competitive.

What the changes have accomplished is to remove the elite class of players who used to look down on the non-raiders with scorn. If epics are your measure of self-worth, then this is no longer a game for you.

I'd also claim that the game wouldn't have half the subscribers that it has now if it had stayed with the vanilla/BC system.

Yes, the game is different. That doesn't make it bad. If its no longer a game that you like, then one of the options you listed should be fine, but they all have their faults.