The F word, and a big oops 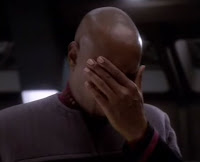 Well, that was a bad night for me.
I was cleaning up some old junk from my PC. Zipped software, old images, mp3s you don't listen to anymore, code references, steam games you don't play much anymore.

I guess somewhere along the line windows must have put it's selection on the left side of the default explorer and I deleted it, thinking I had selected something on the right side of the screen.

Well, I went along without much clarity I guess, because I zipped a few folders, deleted more stuff, then emptied the trash can. A good 30 minutes later (while utorrent is stilly happily chugging along) I notice "huh, where the f is my Projects folder gone?" Less than a second later that cold sweaty shiver comes crawling up your back when you KNOW you did something irreversibly STUPID.

I checked the windows trash can, and obviously it wasn't there anymore...
I checked for undelete programs, and ran about two of three of those with the same result.

Any files that could be found had been overwritten permanently in the space of seconds.
What was lost? Any and all programs I had written and kept on my own computer (and not backed up - except for one).

Sure, the whole file was in "Git", but it turns out Git doesn't keep a separate storage for files, it just dumps those in the SAME FOLDER...

So anyway, that's my evening ruined.

It makes you wonder why you can't set a "lock" on folders in windows. Critical files for the system have 3 checks and warnings already. Why can't you set a triple lock on folders that are critical "to you"?
at April 14, 2013