Adobe says you should not use Flash 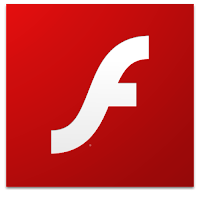 It finally happened. Hell froze over.
Adobe bows to html5.

You can finally uninstall the internet's most widely known security leak without that nagging guilty feeling that you might be missing out on something.

Sure, you'll have trouble playing all those flash based games on kong, armorgames and whatnot,. but face it, an increasing number of those are being converted to html5 or unity anyway. The sooner you get rid of that bloated security cheese called flash the better. Even adobe says so,. and they made the piece of junk!

Imagine, you buy a car from Ford, VW, Opel or even Tesla,. and they tell you: "Thanks for the money, but it's a piece of junk, you really shouldn't drive it on the road because it'll get you injured for sure". That surely wouldn't inspire you with confidence to ever buy a car from them again.

Get rid of it right now.

I haven't had flash installed on my PC for over a year. I don't even miss it anymore.
Sure, as i stated, if you go to kongregate or armorgames you'll get a message like this:
"Your version of Adobe Flash is no longer supported by xyz. Please upgrade to the latest version to continue your gaming experience."

Tough. Still plenty of games available on steam.
Funny enough if you actually try to ask the guys on kongregate, what will happen to the site now that so many people are uninstalling flash. They delete your posts. I think they're sticking their heads into the sand, but you can't really blame them. When over 95% of their content (and thus income) is based on flash.

Armorgames is doing better, with more and more games moving to different code bases,. but still have the majority as flash as well.
It's only a matter of time really, but I think Adobe did the right thing in calling people to stop using flash. After all, youtube is already converted.

Will you join the latest "get rid of flash" wave as well?