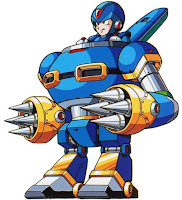 When you're making a game you should think about "how do you ensure your users understand how to play". Some developers solve this by giving you a 100 page manual (that nobody reads). Or an annoying and long winded tutorial that you have to play though every single time you restart the game / a new save.

Yeah, players can be a tough crowd to please. But we're not retarded. If you got an intuitive design, eventually it'll be figured out how and what to do - still, a smooth game will get much higher ratings than something that sends you all over town and still leaves you wondering what just happened.

Surprisingly games like _flappy bird_ somehow do ok from time to time - but make no mistake, not "all" of them do. And even when they do - most players lose interest in them pretty quickly.

So, what are good game design rules to stick by?


1: IF you add a tutorial, make it skippable so people don't have to sit through it on a replay of your game. Or integrate into the game in such a brilliant mind blowing way that you get a standing ovation on youtube. Much like this. No seriously, WATCH this video!

2: Be unique. By now there's a few dozen RPG-Maker games on Steam, and several hundred "in the wild" that didn't bother going commercial or were just not good enough. Aside that I'm sure you've heard people say "yet another moba" once or twice. The same goes for pretty much "yet another anything" if you're making a game, and feeling inspired by something or other you should probably ask yourself first: Why would someone play my game, if they could be playing the game I was inspired by instead?

While it's not bad to be inspired, it IS bad if you copy ideas "a lot". Unless you do it intentionally and to excess (like world of warcraft has done), or as a parody game like for example UnEpic. Just be careful not to end up in the "yet another generic RpgMaker" pile.

3: Be interesting. Captivate the attention of your player from the first second, and I guarantee you they'll keep playing until the end. It'd suck to have them quit halfway through and leave a bad review right? Reviews are a good way to measure the average player experience, but don't focus on them too much - you still want to spend time making the game you would enjoy playing yourself. After all, nobody will be spending as much time play(testing) the game as you. Adding some references that people may be able to recognize (such as characters from other games in disguise), or easter eggs in places where most players would not think to look for them.

4: Replayability. Good games are fun playing once. GREAT games are fun playing more than once. (and shitty games you stop playing before you reach the midway point of "may as well keep going now") A game with an interesting enough story, cool gameplay and giving the player some choice over his fate in the game or even other characters in the game will get you through fine enough. But, if you ensure (also see #6) the player needs to make some choices along the way, add achievements that can only be unlocked after a second replay (free metagame yo), or higher difficulties then you create some additional replayability which should increase the lifespan of your game on a player's computer. Don't be a drudge though,. nobody likes having to do a "kill the final boss 100 times" achievement.

5: Be unique. It's important, so I'm listing it twice! Inspiration is fine, but make sure your game is unique. Take another example of a game with a pretty unique concept: Hero and Daughter. While not an A+ rank title, the concept of "not leveling" in a RPG game is pretty unique and is going to get people to notice your game. Being noticed means having people write about it (like I am doing right now), and thus you get free advertising. See? Being unique is important. 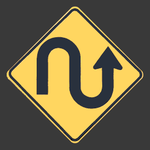 6: Don't be linear. Unless your story is REALLY good, most players will notice and get annoyed when being treated like a rat in a maze. "Go north" is all good, but it there's no other way to go then the statement becomes a bit redundant.
A perfect example of linear is Final Fantasy 13. The linear gameplay of this one is one of the most complained about features of the game. It looks pretty, it plays smooth enough,. but it's linear as heck, so very few people will bother playing it more than once.

If you can complete a game in different ways and get "alternate endings" or add some side quest areas that are completely optional then you're golden.

7: Don't overcomplicate things. It goes well with point #1, if you make your game more complicated, you will need a bigger tutorial. If you keep the game easy to learn, fun to play, rewarding, and don't treat the player like a 7 year old but not like a scientist either (Take the mechwarrior online HUD for example), then you should be fine. Watch the video at #1 if you haven't already. If a player feels the game is confusing or ruthlessly difficult without having a good reason for it (that's another flappy bird reference sadly), they will feel stupid and quickly lose interest in continuing.

8: Involve the player. Don't just tell a story, make the player a part of the game (Also see video at #1 again. You see, I've referenced it three times now, it must be good!). If the player feels involved and responsible for the world he's entered, he (or she) will take different choices, and keep playing more actively than if it was a passive story to watch. Anyone can rent a book or movie and watch it, but a video/computer game is meant to be interactive. So involve the player in the story, and make him responsible for the outcome. (Half-life does this pretty well, even though it's somewhat linear.)

9: Know your target crowd. If your game caters to 5 year olds, 10 year olds, young adults, or older adults, you'll be able to insert different themes and jokes into the game. 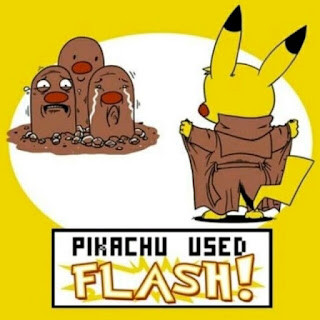 You may be able to insert lines that are just so absolutely terribly BAD, that they become funny. I recall there was a doctor in the GM version of pokemon that said "I love balls",. obviously he was referring to pokeballs, and most kids will understand that and think nothing more of it. But we adults will know different.

And then there's the question of "how much flesh" can you show. Sex sells there's no question about that, but how much is too much? Look for Kabod Online or even Tera or Blade and Soul,. you will know it's too much. This tends to attract players around 15-17 years old more than mature players it seems, and it's a popular thing among korea/japan, with generally terrible gameplay and the boobs are just there to distract you from that fact.

To put it short, some skin is fine, but don't let it distract from the most important thing, which is: Having a good game that is worth playing. If people want to see breasts, heck the internet is full of them - they won't buy your game to see those,. they will buy your game to play the game.

10: Have a goal. Whether winning the game means you resqued the princess, saved the world, defeated the evil villain, or just lived to fight another day. Make it clear to the player (at some point early in the game) "why" they are playing the game. And that obviously shouldn't just be "to fuel your bank account",. noble though that goal may be to us, the player won't have much of a message on that.

Note that the goal may change while playing the game (and is another way to keep the player interested). Without giving you spoilers, Final Fantasy 6 did this brilliantly, it's non linear, involves you in the story, adds some mistique, alternative endings, the works.

11: Be realistic. If you are a 1 man team, you won't be able to create a 40 hours of playtime game on your own in a single afternoon. If you WANT to make a big game, you need MORE people. Are you capable of working in a team? Do you have experience? Time available? Even a small game can create a lot of interest, but two heads can generally accomplish more together than two would on their own. There's a lot of benefit to having a team dynamic. For RPGMaker you could try the Recruitment Forum.

12: Everyone is a critic. No matter how good your game may end up being, there are ALWAYS people who hate it or have "suggestions" to make it better. You can safely ignore them if there's only a few. But if you're getting more negative feedback than positive, something is wrong. Fix it.
at February 24, 2016