The unending terrifying drama that is Microsoft Windows 10

I could say it's the biggest crap shoot since Vista, and many will agree with that statement,. but somehow that's what I'm currently using to type this post.

Microsoft has gotten a reputation of releasing 1 good version, 1 bad version alternating. So, Since 7 was good, and 8 sucked donkey balls, 9 should have been good,. But they skipped 9 and went straight to the next bloody awful version on the list.

Oh I agree, Windows 10 looks good. It works a mile better than windows 8,. but there's just SO MUCH wrong with it. If you want to skip straight to the "how to I prevent my windows from updating" part then follow this link and save yourself the rant,. but if it's the rant you came here for, then sit back and enjoy the read.

Fresh install and all seems ok,. until I noticed some bits being weird.
Weird as in "huh shouldn't the clock pop-up when you click here?",. and on top of that the right mouse menu pop-up in the bottom no longer worked, neither did typing in the start menu, or search box. And when you click the start menu button it suddenly takes 2-3 seconds to show instead of "instantly". Also, edge crashes as soon as you start it.

Why are all these things related to each other? No fucking clue, but they are!
So I did a full reinstall, update, reinstall visual studio, everything. Several minutes later - SAME PROBLEM.

Google tells me that it's a well known issue that is widespread among the many users of the internet, and so far any "fix" I've tried either does nothing or make it worse. See this one,. don't do that,. really DO NOT do what they recommend there.

Don't. Rather than FIX anything, it will ensure your calculator uninstalls, the windows store, various other items all become blank slates, and windows will henceforth be unable to patch, update, or reinstall those components. Meaning you'll have to do a full system reinstall. Yet again hoy! 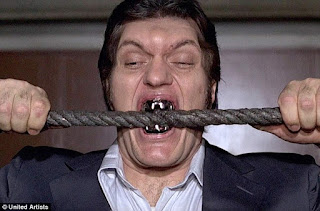 No time, no fix, and all the "suggestions" so far have done nothing to correct the issue.

Hint: These things Microsoft does not care about.
In fact, they ruthlessly violate your privacy by default. Even going so far as to share your wifi password with ALL the people in your contact list by default. Abusing your bandwidth to send / stream / torrent more copies of windows and it's updates to random people in both your contact list and across the internet.

Yes, you can disable this - but unsuspecting users will not know how - even if you selected custom installation mode when installing windows 10, it will be ON by default. So many ridiculous options all on by default. That's the typical Microsoft mentality really. "we think you should do this, so we turn it on by default". What gives?


But it doesn't end there

I bought a new PC. Loose parts in fact.
I then put those together and figured it'd be easy to get everything in working order.
Ho boy was I wrong! I made that post 13 marth,. that's 5 weeks ago and 2 days.
Granted, the first 4 weeks were struggling to figure out why the thing wouldn't even show a boot screen and waiting for part replacements. Maybe the ram was bad, maybe the cpu was bad, maybe the motherboard was bad,. I think I've just about replaced every component once or twice before giving up and bringing the thing to a very friendly local store (yep that's advertising, and it's in dutch, but the guys deserve some credit for the help so far). They got it running,. or at least booting up.

So, then started my part.
I had a usb stick which was windows 10 bootable, 64 bit,. smooth sailing.
I do have to say Microsoft improved the installation experience by a lot since 3.1.1 *cough*,. but for the above mentioned privacy settings they blatantly violate,. the thing did install pretty quick. Sadly you don't get a screen that actually waits to give you a chance to remove the stick after rebooting, but whatever.

Next I hooked up an external dvd reader/writer thingy and proceeded with installing the MSI video card drivers. 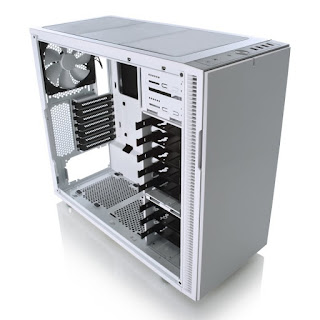 The installer managed to run for 2 minutes before the whole system froze up.
That's right, froze. No more mouse, no keyboard, no progress bar movement on the installer.
Straight out of the box, a clean Windows 10 installation with no weird apps, no network, no virusses, no sketchy drivers, nothing. Clean as an unblooded virgin and white to boot.

I kept it sitting there for a few minutes in stunned silence, thinking I must have done SOMETHING wrong,. but, no. It had just frozen. Ctrl+Alt+Del didn't do anything so the 5 second power switch was the only thing I could think of.

I rebooted the system, tried again, and this time the video card drivers installed just fine.
It looked beautiful. (or at least better than the 640x480 that is the default resolution).

So, next was the DVD, motherboard drivers for network, sound etc.
It froze after 4 minutes.
The annoyance was clear this second time around it couldn't have just been a fluke,. I had read and was told stuff before about faulty SSD drives that might cause this issue and was getting worried at this point.
About an hour, much cursing, a glass of water, a toilet break and several e-mails to random people later I had managed to:
- Install the motherboard drivers
- Install Steam
- Install Chrome
- Install AirParrot2
- Restart the PC no less than once for each of the above, and 3 times while browsing google for possible reasons of the freezing.
I just gave up and booted the old (this, 8 year old, vista running Dell XPS) PC to look for possible reasons and just get some relax time again because frustration was,.. alive.

A day later and some suggestions from the aforementioned store I unhooked the SSD, swapped the SATA cables around and tweaked the boot sequence,. then installed Windows 10 on the 2 TB HD.

It went smooth, or so I thought.
I started with the motherboard drivers this time - just in case my sequence of events had been faulty the first time. Which went fine, as did the video card drivers. Hope was high and the sky seemed clear for... a big nope. About 10% into installing Chrome while updating steam it froze again.

Another reboot, let's try windows updates. Round 1 - went fine,. Round 2,. froze up at about 25% completion.
So, it wasn't the SSD's fault at least.

At this point I'm just,. ready to admit defeat, hardware isn't my thing - when this PC needs a replacement in another 6-8 years I'm going straight to the store.
For now, I'll see about delivering it to the experts again and have good faith they'll make more progress in getting it up and running than I've managed so far.

If all else fails I'll grab a copy of Windows 7 and we'll perform a clean install with that one. I'm fairly confident it'll work perfectly the first time around. Or I can just get a Mac I guess... >_> 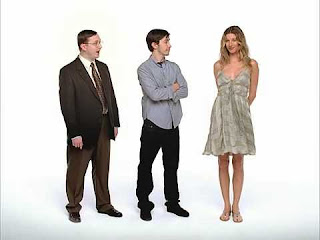 Edit, bonus content: The shining Microsoft upgraded users to win10 without their ok
at April 22, 2016