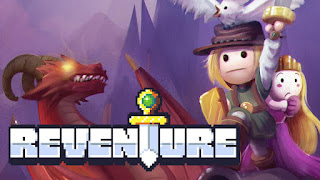 Reventure, or re-re-re-re-re-re-re...adventure. Is a quick and easy to pick up RPG platformer that will allow you to finish the game in under a minute. But, you get to do it again,. and again and again a hundred times. Every ending has a different steam achievement and some are quite unique.

If you're just starting the game your quest is basically: Help the princess is kidnapped, get the sword and safe her please! So, you get the sword, and stab the nearest guy you see. The end.

That was fun! Let's get the sword and stab a guard instead. The end.

Why that king doesn't look like a friendly fellow, always telling me what to do - *STAB* - The End.

As you can imagine, there aren't a hundred different NPCs to rudely stab in the face and end the game, that would get boring fast. But, there is a shovel, a grappling hook, bombs and various other items to find, and use on the various characters in the game.
What was a less than a minute adventure, suddenly became a multi-hour endeavor. Suddenly it's a puzzle game instead of an RPG. Sure you can grab the sword and run right out of the kingdom over the mountain... Wait you can also go under the mountain? Or through it? Oh, and grabbing an item reduces your jump height. And you can even go left. Hah, yeah that sounds crazy but Reventure is a multi-path 100 different endings game, obviously simply taking the same path to the end is not going to keep you entertained for long. 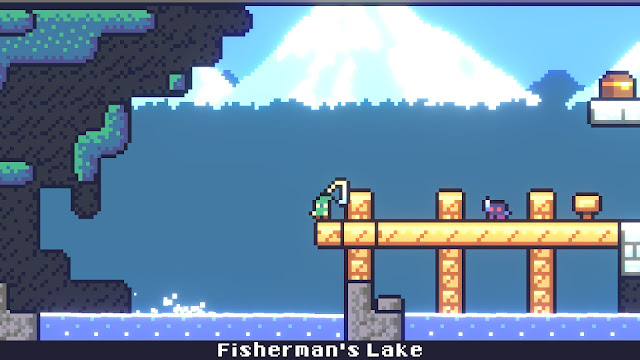 The game has secret passages, more than a few even. What seems like a fairly straightforward game quickly becomes a swiss cheese of possibilities, and every so and then you find another route. Like taking the sword opens one path, but closes various others because of the jump height reduction. So, you skip the sword, go another route, take a shovel instead. Some of the secret passageways are easy to find - most will be glaringly obvious in fact and the game does a great job at teaching you about them. Some are more hidden, until you reach the "other side" of a passage. Suddenly you have a whole world full of holes you didn't realize, and skipping to take the sword becomes the most obvious thing in the world.

So, about that princess

While you were running around stabbing people, that princess was still waiting for you in the dark castle. Yes it's easy to get distracted from the main goal, but she IS a major plot "item", which will unlock a variety of new endings.
The game has a lot of lovely tongue in cheek humor, which certainly helped keep my interest. Hopefully it does for you as well. The (annoying) princess herself even claims "I hope you're not one of those adventurers who treats women like objects", heh, well, guess what sunshine? You ARE an item! 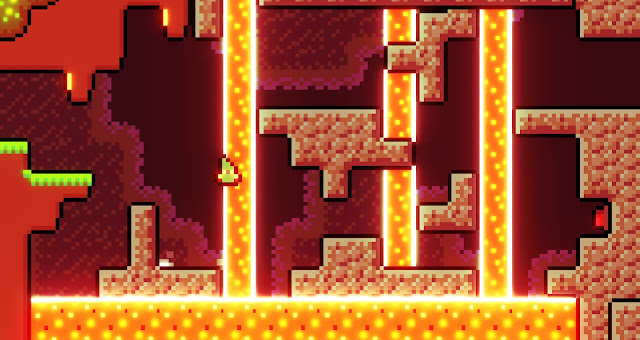 Now, even though the quest itself never changes - you aren't always the same adventurer. If you die, you might die and leave behind your legacy. The world is affected by your actions. Like killing that guard - well, he might be a corpse on the floor forever, just to remind you of what you DID to him.
That big fall, or rock crushing you into a pulp? That bloodstain is going to remain there forever! But there are more meaningful changes as well. New portals, extra shortcuts. You won't have to take that entire journey over the mountain, down the hills etc every single time. New pathways are unlocked both through discovery, but also because you did a whole lot of stabbin', and you didnae even need a license to do so. 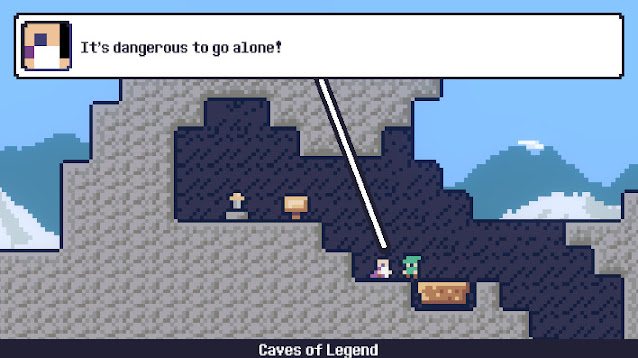 You're going to stab everyone you see, at least once. Even the princess. Because you're curious if that'll unlock an extra ending. And you'll stab them again, just because you can.
The game is graphically super-simplistic, and that's perfectly fine. It even adds to the charm.
Reventure is a very fun game, and was overwhelmingly positive on steam for a long time. That should tell you a lot.
Release date: 4 Jun, 2019
System requirements: Your nokia from 20 years ago could probably run this.
at September 18, 2021