November 19, 2008
bbr
9
It's wednesday, and here in Europe that means it's "scheduled maintenance" from 05:00 to 11:00 CET. If you have a day off, that means you can sleep late :P Or as I'm doing right now, write some text while you're waiting for the servers to kick into life again. And a long wait it is indeed. So, yesterday I got tired of having to break open my current mouse, replacing the duct tape and paper I keep stuffed under the buttons to ensure the buttons still "click", and ordered myself a new sword. Sword? well, see for yourself: 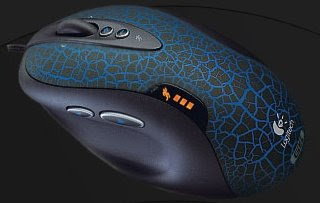 It's a Logitech G5 laser mouse. With a cord yes. If you think "wireless" is cool or (omg) believe sales drivel spoon fed to you because it's "a useful thing of the current age", then you're obviously a gullible casual gamer, or simply forced to play on such crap because you're not using your own computer. Batteries suck, avoid them like a plague. Anyhow, It's been ordered last night, and I've gotten confirmation that it's been mailed and due to arrive tomorrow. Total cost: 34,95 Euros, ex 4,95 E shipping. What a long strange trip it's been Christmas soon, so we can get started on the second part of that achievement. Keep in mind the final reward is a proto-drake of 310% flight speed. Much like the gladiator's drakes and ashes of al'ar. There's a quest in the howling fjord which allows you to ride one of the beasts for a quest, as a teaser I guess. Somehow I managed to stay mounted on my raptor while doing that, so that made some interesting screenies. It also gives a nice perspective on the SIZE of that thing. It's huge!

The expansion is great, leveling goes steady (mailman was a bastard and delivered it a bit late though) If you haven't already gotten it, be sure you do. There's grizzly bears fishing for salmon, herds of animals going around, animals fighting each other for territory, new models and so much more. But that's not all! I'll let a few screenshots speak for themselves. I've been an Iron Dwarf: 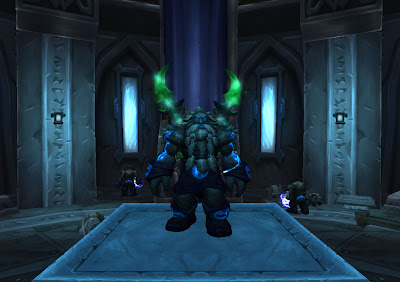 Ridden a storm giant. See that small green thing on top of his head? That's me glaives mon: 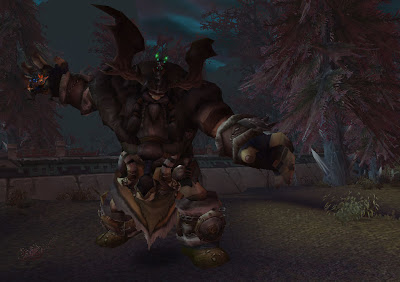 I've been a zombie, again: 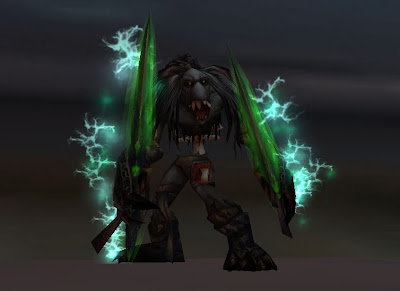 And taken on a rather unceremonial flight as a zombie: 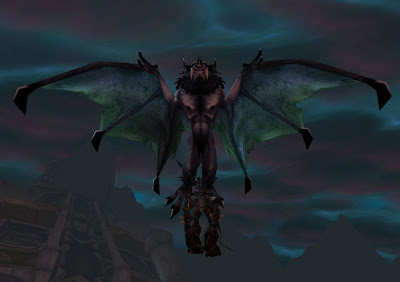 Dalaran is quite a sight: 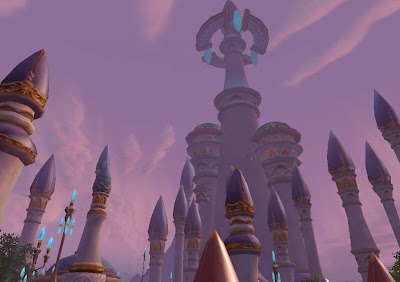 So, currently level 77 and able to fly again! A word of warning though, while it's tempting to immediately start flying everywhere and obtaining the World Explorer achievement. Don't. Seriously DO NOT get that achievement yet. There's a very annoying bug with it, which causes the tabard to be mailed to you every single time you change zones. Some guild members have complained about having as many as 100+ of the tabards in their mailbox, with no sign of the steady stream slowing down. So seriously, do NOT get that achievement yet. Hopefully blizzard will fix it soon. Onward to 78 today! ps: Extended maintenance until 13:00.... bloody french! ps2: Extended until 15:00 ... /sigh
at November 19, 2008

And yes, the expansion is alot of fun :P

The screenshot of the raptor on the drake are fantastic!

Well I'm using a mx500 right now, so the design and feel is the same.

But I'll have a sidescroll option soon. :P
Got that at work, it's quite nice.

its funny how long we will put up with something, one of the speakers on my headset went out, but it would work if I pinched a certain place in the wire, so I got a paperclip to hold the area together... then after it falling off 10 times a day I drove over to best buy and spent the $25 bucks to get a new one.

I need to try out that proto mount, but so far the wotlk key attunement questline has been my favourite experience so far.

After smashing it a few times it seems to be working again. But I highly doubt it'll last long.

Speaking of headsets, the left ear on mine doesn't work anymore either.. but as I have a second pair I just hang the one around my neck for the microphone :P
Definitely needs a replacement. But hey, it's december soon!

haha that is soo creepy, that was exactly what I did with my headset! I had the headset with mic around my neck, and a different headset on my head with working speakers, it looks ridiculous! to think another person out there was doing the same thing lol

I would also like to get the Proto-Drake, but sadly missed out on getting all the Hallows End achievements done, so will need to wait til next November at the earliest. I'm having to make do with my Albino Drake for now, but also dinged 77 last night so am happy just to be flying again!

I wonder if they'll scale it for races, like so many other things - I don't believe the quest mount was scaled at all.

Based somewhat on this post and having read a few other reviews on the web, I decided to give this mouse a try. I've been using the two button clicker for some time now.

So far I like it. My question is how do you utilize the weights? Is there an advantage to weighing it towards one side or the other? Sure it feels different, but I'm not sure how.

The weights allow you to change the "feel" of the mouse, it's something you can only set up yourself really.

You can just experiment with putting more weight toward the front or back and see what you're most comfortable with.