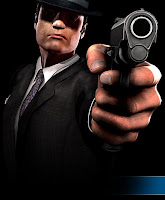 If you're going for a job interview anytime in the near future, "don't" tell him you play World of Warcraft.

Well, aparently some head-hunters have been told to avoid recruiting people who play World of Warcraft. How silly is that!

There've been other news posts in the past exclaiming how some of the people with top-job functions have played World of Warcraft for a good while, even been guild leaders. Even how WoW can teach players project and time management skills that they might otherwise not learn in school. (Strange, but, ok.)

So, if you were to apply to a job there, you're not likely to get hired because some head-hunter's boss has the notion that all gamers are slackers. Pfff. Where DO they get these ideas?

Update: Turns out the story was in fact wrongly interpreted by a large number of news sites, and cascaded across the internet as a result. See here for details.

Profs poll is leaving out jc?

I suggest you read that and edit your post :)