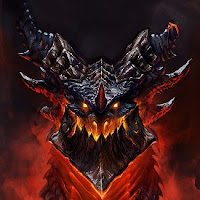 So, it turns out everything that was posted on MMOC before turned out true. Indeed, Goblins as well as Worgen. This is sorta reprocessing news as it happens, but MMOC is being besieged by about 16000 visitors at the moment and the site is straining to load. Give it a try, but don't say I didn't warn you. Now then, in summary I'll tell you the short version, then you don't need to fly through pages long of stuff. The Cataclysm Deathwing is the cause, not Queen Azshara. Quite interesting that. And he looks omfg badass (see his face in the topright of this post). More artwork here. This will make an awesome wallpaper :) Worgen and Goblins, as stated a few days ago will probably get the following classes: * Worgen: Druid, Hunter, Shaman, Warlock * Goblin: Mage, Paladin, Priest Which proved to be somewhat inaccurate. The actual classes are: (linky) * Worgen: Deathknight, Druid, Hunter, Mage, Priest(wtf), Rogue, Warlock, Warrior. * Goblin: Deathknight, Hunter, Mage, Priest, Rogue, Shaman, Warlock, Warrior. One screenshot showed an Orc wearing Tattoos. Let's hope that's a bonus customization feature. Worgen look closer to furries than actual "worgen". It'll take some getting used to no doubt. Possibly the Goblin mount link. See the official image. Enough on the artwork... Features! 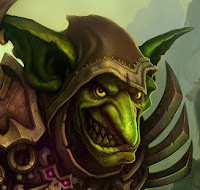