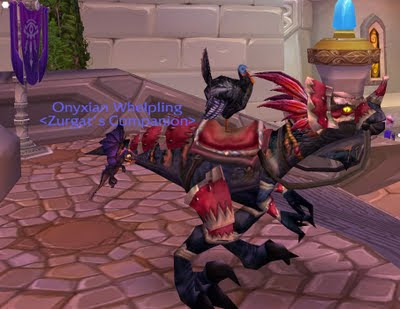 As if we weren't already getting targetted enough with other events. I be da regular target dis week mon! Pilgrim's Bounty So, basically everyone will be aiming to get this event done with as fast as possible this week. Most of them can be done on the first day. And you'll have to complete turkey lurkey on the second day. This week's event offers you five daily quests, each which can give you one piece of clothing or a turkey shooter. I'd recommend getting a hat + robe and three shooters the first day, then five shooters the next day. * She Says Potato * We're Out of Cranberry Chutney Again? * Easy As Pie * Can't Get Enough Turkey * Don't Forget The Stuffing! So, to make your life easier, here's a list of all the ingredients you should buy to be get the quests done without any surprises: Daily total ingredients for the daily quests: * Cranberries * 20 * Honey * 100 * Pumpkin * 20 * Herbs * 60 * Potatoes * 20 * Simple Flour * 20 * Mild Spices * 20 * Turkey * 20 Extra ingredients for the other quests (once only): * Cranberries * 5 * Honey * 25 * Pumpkin * 5 * Herbs * 15 * Potatoes * 5 * Simple Flour * 5 * Mild Spices * 5 * Turkey * 5 Not so easy Cooking is easy. And the recipes above will get you from 1 - 300 without too much effort and only a good load of coppers. The sharing achievement and food fight won't give you much of a headache either. Turkey time is soloable if you're level 80 as well. If not, it shouldn't be too hard to find one or two friends to sort that one out. The Turkinator however. Oh My Gawsh! It seems almost mandatory for Blizzard to add at least one absolute pain in the ass achievement every time. If people QQ enough it'll probably be nerfed later. But DAMN this one is seriously going to give a lot of people a severe headache and case of high blood pressure. to complete it, you have to kill not 10, not 20, not 30,, but 40 turkeys within a time of 30 seconds of each other. That means "at most" about 19 minutes, sure, but more likely you're looking at having to do that within 5-10 minutes. In an over crowded zone, during rush hour, along with dozens of other players, while there's a very very limited number of turkeys spawning. In Tirisfal and Goldshire. The maps will be updated on WowHead soon enough, and they do spawn all over the zone, but even so. 40 ?! That's crazy talk. It only takes one other player to kill that one you're after and you'll fail it guaranteed. Your best shot is doing this "very" early in the morning or "very" late at night. It's certainly doable, but I highly recommend you bring along a hunter friend with Beast Tracking. Or even cook yourself some Tracker Snacks. Also, use this macro, it'll help you a LOT as it'll target the turkey closest to you and automatically put you in attack mode: /cleartarget /tar wild turkey /startattack External Link You can view MMOC for a guide with videos as well.
at November 22, 2009

Leave the friend, get some Tracker Snacks - the kills do not share themselves with your party unfortunately, so you're better off doing it yourself. And in some not crowded part of the zone.

I ended up doing it at 23.00 servertime, southeastern part of tirisfal eventually. And Tracker Snacks are indeed awesome.

The little valley south of the Scarlet Monastery is completely clear on my server. I've used that place to get The Turkinator a few times now.

Also: Being a Druid is wonderful. Wonderful Animal Tracking. :3

Ah, whoops. Druids don't have beast tracking, they only have Track Humanoids.