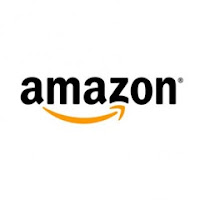 Some small level of praise where it's due.
After many... MANY weeks of harassing Amazon, they FINALLY released an update for Stanza, so that it will work with iOS 5.


If you have NO idea what I'm talking about here's the lowdown:

* Small company creates free e-reader app for iOS.
* The free appp becomes THE most popular e-reader app for iOS.
* Small company gets bought out by Amazon, to remove competition.
* Updates to the app stop completely.
* Apple releases iOS 5, Stanza breaks down.
* Many users are unable to open their e-books.
* Community in uproar since no viable e-reader replacements for iOS exist.
* Community angry at Amazon for stopping updates.
* Community VERY angry at Amazon for being told Apple is responsible for updates, even though Amazon has the source code.
* Amazon VERY reluctantly releases an update.
* Community happy, but looking for viable replacements just in case.
at November 10, 2011