RPG Maker MV is the latest in the RPG Maker genre. This one was released in 2015, so it's already been around a while and if you're still using one of it's predecessors such as 2000, 2003, XP, VX or VX Ace (And somehow I own all of those but never actually made a game with them), then you'd be wise to upgrade to RPG Maker MV. It's on sale with 75-79% discount currently on humble bundle.

Compared to the earlier versions MV offers some significant features:
- Html 5 export: Great for sharing, or exporting your game to mobile.
- Javascript scripting engine: Previous engines used to be ruby.
- Larger base tiles for greater details on all your sprites.
- Mac OSX Support 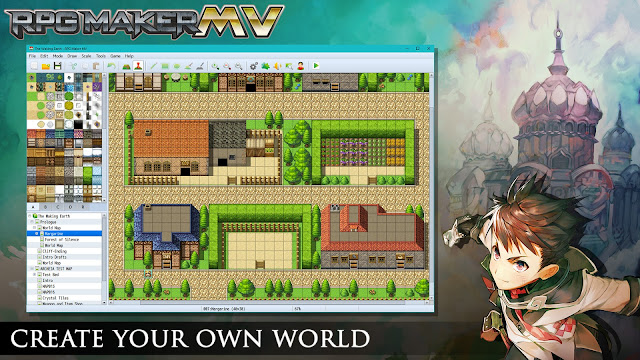 In case you are currently wondering, what IS this software? Is it a game? Why is it fun?
Wonder no more, as the name implies it's a "game engine" intended to be used for making JRPG style games. And best of all, aside being ridiculously simple to use, it's also very versatile.

Did you know the following games were made in RPG Maker?
- To the Moon
- Arafell
- Finding Paradise
- Rakuen
And dozens more. Many made by small groups of people, some by larger teams.

You could spend 10 minutes with the basics and your 7 year old will happily spend days making games for you, and probably learn a LOT in the process. It's a whole different ballpark from for example minecraft. 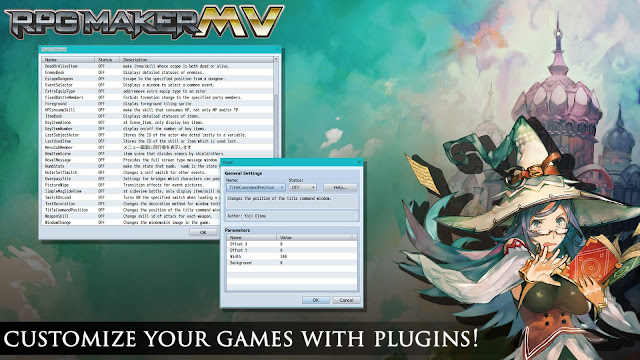 Though the engine is already 5 years old - the community for the engine goes back many years more. With over two decades of scripts, graphics, plugins and experience there is much available with which to expand your ideas. And hundreds of DLCs with additional graphics and sound on Steam to tailor your project exactly to your liking.

There is a dark stigma against RPG Maker games on steam, due to the ease of making games a lot of trash has flooded the market quite rapidly and people quickly turn their back on a game when they see the tag. Various (some mentioned above) stand out quite sharply however, and even the biggest naysayer won't be able to tell you they disliked the game with a straight face after completing it.

The community is alive and active, various on discord or the Degica forums. If you need help, you will find plenty. But, just in case you're trying to get a quick leg up on starting I went ahead and wrote a few guides for you to read. 13 chapters in total:
- MV Basics Part 1
- MV Basics Part 2 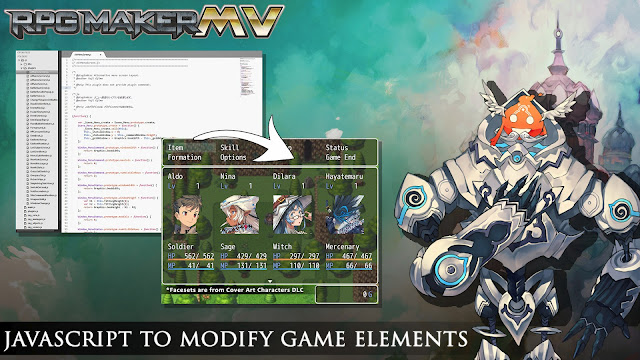 A common issue with many users of the software is that we always spend a ton of time making small projects, but never actually finish a game. So kudos to anyone that does!

Humble bundle has bundled RPG Maker various times in the past (at least once or twice a year), so you should have no issues picking up one of the earlier versions for almost nothing. A few quick tips if you decide to take on this hobby:
- It's ok if you don't finish your project. You learn from everything you make and improve.
- Custom art is always an option, don't be shy to recruit like minded users on a free discord server.
- Making good things takes time.
- Get feedback from your friends often, or better yet - involve them in your project.

Is a nice rpg editor. Very good for anyone who starts programming a video game.

Hm. I had seen this a few times on humble. But I never thought it could be this interesting.
Thank you for this review ^_^

https://store.steampowered.com/app/1096900/RPG_Maker_MZ/ New one coming this summer.

Can't wait for Impostor Factory to come out!