Join the Phantom Thieves heist, as they steal the hearts of corrupt adults, in Persona 5 Royal!

“Enter the world of the Phantom Thieves” 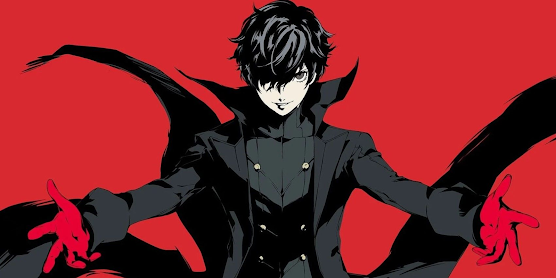 Persona 5 Royal is a turn-based JRPG and a social simulator that follows the story of a student, framed for a crime he didn’t commit. He ends up with a criminal record and moves to Tokyo while on a “probation” period. There, he befriends some students in his new school, Shujin Academy, and soon finds out that there are other students victimized by manipulative grown-ups. Fast forward a little and soon that student has a codename: Joker, leader of the Phantom Thieves. Their mission? Steal the hearts of rotten adults and make their target take accountability for their actions and distorted desires in an alternative world. Each decision you make affects MC, their confidants, and the fate of the world.

The original game (Persona 5) met with a lot of praise. The game oozed with style and personality, and showcased a uniquely exciting form of combat and adventure. Not only that, but it was accompanied with an unforgettable soundtrack and an engaging storyline set in the heart of Tokyo. It’s definitely not your typical JRPG. As of July 2nd, it has almost been five years since the release of the original game! It’s currently being sold for about a fraction of the price (about $20) which stands in comparison to the new and enhanced edition (priced at $60).

This raises a core question most probably have in mind:

Is it worth spending three times the price of the original game for an enhanced version? What sets Persona 5 Royal apart from the original? Is it a must-have? 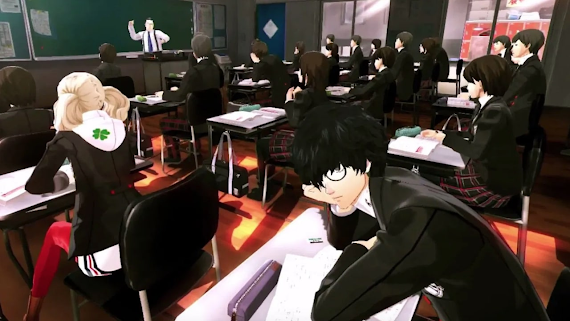 Persona 5 Royal has much to offer,  more so than its predecessor. For starters, the colorful cast of old and new characters alike feel more fleshed-out within the story narrative. In addition, the game contains even more content/depth to it, and an amazing soundtrack composed by Shoji Meguro and sung by vocalist Lyn Inaizumi. Overall, it has been remastered, polished, and expanded upon beautifully by the wonderful P-Studio and Atlus. There is a wonderful balance between both combat and social/life simulator aspects of the game. With the new content comes fresh and exciting new modes to the game. One such mode is the unlockable “Thieves Den”, a location whereby you can customize your own “Palace“, collect items/characters/Personas, play games, and relive some cut-scenes in-game. A nice touch I felt that Atlus added for fans and newbies alike was the option to select either English or Japanese audio, which can be changed at any point of your playthrough.

Did you know? In the “Thieves Den” you can play card games like “Tycoon”.

When thinking of the vast improvements in this installment of the series, gameplay comes to mind. Somehow, they added even more freedom to the social simulator part of the game. Though there is a deadline per event of changing a person’s heart, you have the choice to fill MC’s days with a variety of things. You can make MC study for school, participate in part-time jobs, hang out with friends in different parts of Tokyo, partake in hobbies such as crafting, video games, sports, billiards, darts; going shopping and going to movie theatres, jazz houses, and temples; and traveling to the alternate world to take on requests from the “Phan-Site”, a site that takes requests from the public about different targets. That’s just to name a few of the things you could do to fill MC’s day. However, be mindful! If MC neglects the deadline, it means you will fail to unravel the truth about the other world, and who is behind the mysterious deaths and mental “shutdowns”.

This game challenges you to be organized, pay attention to the dialogue and surroundings, and set your priorities in a way that suits your gameplay best. It also encourages you to prepare for the showdown against the boss of every “Palace” you visit in the other dimension. A Palace is essentially a dungeon you can explore. The more you progress into the story/your friendships/jobs, the more activities and time to multi-task you unlock. Persona 5 Royal did an amazing job fixing what many people originally took issue with when the game first released. While the original game limited the time you could leave and partake in activities at night, the enhanced edition gives you more freedom. That’s right… no more will you worry about Morgana the cat (one of your teammates) insisting MC go to bed. Also, there’re more days off from school for MC, seeing as Atlus included Japanese National Holidays into the Persona 5 calendar! 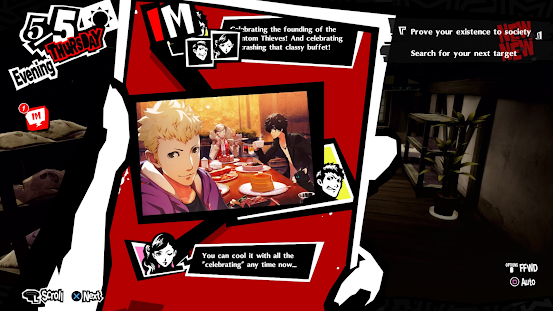 Now, MC is well and truly free! Well… most of the time.

It’s such a treat to see how so much has been redesigned. It didn’t take long to notice that the character models look much better than before, with character models now ported from the more recent Persona 5 Dancing in Starlight game. The characters look crisp, are displayable in all its 4K glory, and look great against new and improved locations. In addition to this, each character portrait has been lovingly redrawn and given more versatility in expression. Additionally, a new location, Kichijoji, has also been added in the game. The attention to detail over each area in Tokyo and its map is astounding, and to an extent, the attention to detail is accurate to what you see as a tourist in reality. The phone application interface also looks better than before and now includes characters sending photos to you after unique events pan out.

Combat has been massively reworked on. Originally, there were issues noted in the original Persona 5 game, such as having to conserve your ammo with every visit to the other world. Now, you don’t have to worry about holding back or conserving bullets. After every battle in the Palace, ammo is replenished in every character’s gun barrel. The locations within the Palace have also been re-worked and expanded upon. Now, MC can either explore more places than ever with their trusty grapple hook, collect special items called “Will Seeds” (these give you unique accessories), and also catch enemies by surprise! For those hard-to-beat battles, a new special trigger sometimes appears– “Showtime” attacks. 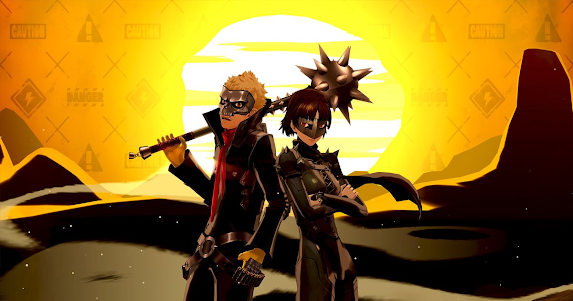 This is a devastating blow coordinated by two of your teammates in battle. This adds a sense of unpredictability and each segment really brings out the personalities of each teammate. There’s also another interesting mechanic, the “Baton Pass”. With this, the MC and their teammates can target the weakness of any enemy, and pass the momentum (and extra damage bonuses) to a team member of your choice.

You can make the damage levels for Baton Pass higher by shooting darts with your teammates in the actual world.

The Persona compendium and “Velvet Room” have been expanded upon in the enhanced version of the game. Love the previous Persona games and want to summon the previous MC’s “Persona”? You’ve got it. Atlus has gone above and beyond for fans and newcomers alike with balancing the Persona abilities and gives everyone the tools necessary to create the perfect arsenal of Personas to use in combat. You can also challenge your combat decision-making skills by partaking in battles held by “Caroline” & “Justine”, child attendants of the Velvet Room dressed up as prison wardens.

The villain is unlike anything that the Phantom Thieves have faced before.

The re-imagination of the story, along with the addition of the new villain and several new characters, really makes you question the meaning of justice. With the addition of three new characters and a complete re-telling of one of the older character’s backstory, came an entire new semester/plotline and a variety of endings. It was fascinating to watch the story unfurl during my play-through, and Atlus did a fantastic job at weaving each respective character into the story from the start. The build-up was nothing short of fantastic and will have you at the edge of your seat.

There’s a lot of replayability in this game. In its content, its story, and what the game has to offer to you. As the game progressed, I kept unlocking new and useful content that would aid me either in MC’s day-to-day schedule or in combat in the “other world”. It took me about 120 hours to complete the game the first time around, but that’s without unlocking everything in the game. Persona 5 Royal, for all its content and additional stories, is an amazing value for money. 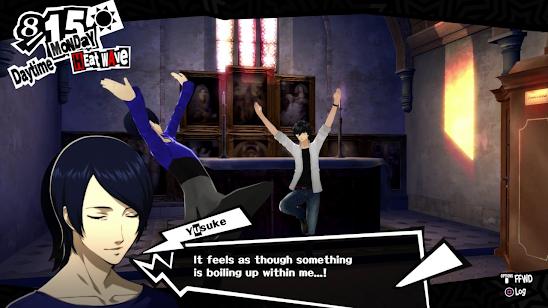 It was such a pleasant feeling to sink in so many hours of gameplay, getting to know the characters again, both new and old, and exploring Tokyo in-game. You will hum along to some of what the soundtrack has to offer. The overall experience was phenomenal, and I couldn’t be happier with the game’s overall presentation.

I wholeheartedly recommend people to get Persona 5 Royal as opposed to the original, especially if you love a blend of JRPGs with a social simulator. It truly is worth every penny.

You can purchase Persona 5 Royal on the PlayStation store here.