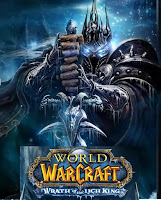 The 13'th of november 2008 World of Warcraft - Wrath of the Lich King will go live around the world. The game we play with over 11 Million other players. But, even while it's currently the largest MMO in the world (and likely to stay that way for a while yet) The amount of attention it gets in the media is quite sparse. Why though? At the clock of midnight 12-13 november a large number of stores worldwide will be opening their doors to begin the sale of this latest expansion. It is expected to sell several million copies within the first week of time. Several million, times ~30 euros per sold copy, makes for several tens of millions of cash flowing from our pockets into that of Blizzard. And that's just one week. Blizzard released WoW at 23 November 2004 to the USA and 11 Februari 2005 in Europe and other countries. 11 January 2007 there were 8 Million players, and at 22 Januari 2008 there were 10 Million players worldwide, currently 11 million. This Chart shows the growth rate of the game we play. As you can see it's just shot trough the roof unlike any other MMOC out there. What makes it so successful? How does "one" game company manage to make a game so large that you can get over 11 million game subscriptions running across the planet? WoW and the media A game unlike any seen before, with a number of followers larger than some of the states in the USA. And yet, how often do you see or hear anything about it in the newspaper, discovery channel, general news? Never if at all. If I hadn't told my parents I was playing it they would probably have never heard of it. And when you "do" see it linked in some way trough the odd link on BBC it's because some chinese guy stabbed a fellow player to death for hacking his account. Is that how we want people to see our game? Something that creates so much violence among players that we're willing to go out there and stab each other to death? I don't think so. Yet that's the only news "worthy" of being shared with the world aparently. Addicts dying of thirst because of a game addiction, addicts killing each other, addicts dying of sleep depravation, addicts running into a school and shooting up their class mates out of sheer frustration. That is not our game. Yet the media seems to want to make us believe so. Well, for any concerned parents, I suggest you buy the game yourself and try it out yourself before letting your kid play. You'll see the game itself is quite harmless. Perhaps you'll even be able to enjoy playing the game together as several people I know have and do. Freaks? 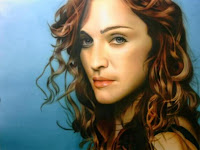 What makes a WoW player a WoW player? Dressing up like it's some halloween party? No. With a a large enough fanbase you'll see people like that for really just about anything. Dressing up as your favourite characters isn't just something that's done for games. And certainly not just for WoW. Mind if I show you this link? Indeed, Starwars. If you don't know what that is.. what rock have you been living under all these years? Startrek has the same freaks. Though fanatics or devotees would probably be a better term. Movies such as predator and alien have people create costumes just as well. Even sick freaks (and in this case it's allowed) dress themselves up like power rangers or teletubbies..... No, dressing up like freaks is not something the average wow player does. Not even Medieval reenactments like those. No, the average wow player is either a kid who does school at regular times and plays 4-5 hours when school is finished. Or a regular working person you'd never have expected it of playing from 9-12 after dinner. There's even a youtube video of a guy playing wow while he's working at the stock market. (can't find that link right now sorry) World of Warcraft is everywhere, yet at the same time, it's being kept quiet like it's something secret and personal. Like it's something to be ashamed of. Bigger than? More of the numbers. 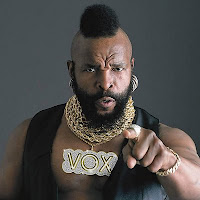 But was meaning you ask you...

Are the Ashes or Al'ar still Legendary or are they Epic now?

They've always been epic far as i know.

It's certainly an interesting comparison - WoW and Madonna. Tricky, because they're apples and oranges. The most obvious way is to measure the revenues of each franchise and see how they match up. But that only captures part of what cultural impact each has had.

I have two additional thoughts on this:
1. Video gaming is still in its cultural infancy and hasn't yet gotten full approval by society, in the way that pop music has. This will happen when all the kids that grew up on video games have become the adults that are running the show - so, a generation or two from the cultural beginning (which was the 1970's in my books). So we're almost there with broader acceptance. For WoW itself, the MMORPG genre has come about much later than the 1970's so it's a way behind computer games at large.

2. But the other thing working against WoW specifically is that it's something that one either does, or doesn't do. I mean, even if people don't tend to listen to a particular type of music, at least they will have heard that type of music now and then, enough to gain an acceptance of it. Or, even if a person doesn't watch tv, that really means that they don't watch *much* tv - it's almost impossible to have never actually watch any tv. But with an MMORPG like WoW, far and away most people have never played or had any contact with this game whatsoever. It's huge, yes - millions of subscribers, but the nature of the subscription and the buy-in required (both with equipment and emotionally) means that you're either in or you're out. There's far less exposure to uninterested people. I suppose what I'm saying is that WoW currently is still fairly invisible to the more traditional mass media.

The counter argument to this is that WoW is played by a very diverse demographic - old and young, male and female. I think the genre will continue to grow, and that the real leap will be with the next generation of MMORPGs rather than its current format. Who knows what that is. I mean, look at club penguin and the like and you can see there's a lot of room for growth and different ways for the genre to evolve. This is the sort of stuff analysts go bananas over in Second Life, but I think they're often barking up the wrong tree, following each other like a pack of dogs with hayfever. Ok these analogies are getting out of hand so I'll end my rant... fun to think about though

I consider myself to be a fair bit of a gamer but I don't think a game could ever come close to in touching your soul than any genre of music can. Gaming will help you develope your IQ, coordination, destress, responsiveness but when it comes to spiritual growth, it is very lacking in comparison to music.

MMORPGs take this point further. How many people on general, trade, pug guild, pug instance parties that you come across are just immature players hiding behind their screen? In the sense that players are able to come across pretty much anyone in the game, I don't think WoW can be recommended for your kid who is still in minor age. (I'm not talking about 18+, more like 13+...)

whereas if you took music to someone of minor age, there is plenty of educational values there... don't get me wrong, i'm not saying gaming doesn't have any educational values. It's just not comparable to activities like reading, listening / writing music...

Pop culture certainly has a long history as well, longer than gaming obviously since computers haven't really been a part of our lives until the arrival of the PC, and Atari game console.

In the beginning Pop and rock was considered "devil music". Now there's Rap, and RnB. And most are widely accepted as being "just music".

Teaching kids things though? That seems a far stretch. If anything it's teaching them a very colorful vocabulary full of street talk and new swear words. (Depending on the radio station they're listening to)

Games on the other hand come in a wide variety as well. Sure there's the blood and gore games, manhunt GTA, bully and others. But there's all sorts of purely educational software as well. Ranging from colorful materials for 3 year old kids to school improvement courses for 12+ and older. Or games just for entertainment, racing, spots, fantasy and adventure.

Games have many flavors, as does music obviously.

Anonymous, I agree with your point that music touches people spiritually more than games do. But, this will not always be the case; as games evolve more into popular culture, people will get more and more from them. Games will mean as much or more to people than movies or sports do. And some people are sports fanatics, and this is culturally acceptable.

And I certainly agree that any activity that genuinely gets a child's creative or imaginative abilities into gear is far more educational than any form of guzzling mass media. Listening to rap music is a long shot from studying classical guitar, just like playing a shootemup is a long shot from creative gaming environments that we haven't really seen much of yet.

I love to prognosticate about this kind of stuff. I've read some interviews with Jonathan Blow (author of the game Braid) who has interesting ideas about the evolution and legitimacy of games; a slight tangent from the orignal topic but very relevant.

A couple big issues that throw off your arguements:

1) China players does not pay for the monthly fee, but instead based on time played. They also pay a substantially lower price for the game itself.

2) The most optimistic analysis is that WotLK will sell 5 million copies the first 12 months.

3) Artists are paid each time their song is played on the radio, which you didn't account for.

Lots of other points too, but you get the jist.

just would like to note that the first annonymous and the second are different...