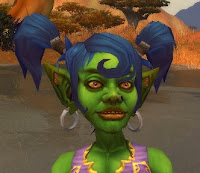 BlizzCon day 2 should be starting in a couple of hours., On the schedule are: * 10:00am PST - WoW Open Q&A * 11:30am PST - WoW Game Systems * 01:00pm PST - WoW Dungeons & Raids * 02:30pm PST - WoW Classes, Items, and Professions So there will be more info coming :) As a follow up from yesterday are some more of the item and profession changes. (Which I had to miss due to needing sleep) Firstly though, let's put a quick stop to that whole "the list" bullshit. I'm sure you've seen it linked on the MMOC forums a dozen times a day claiming it was right or almost right even before the Cataclysm was announced. Well, let's just put this into your face and say it's WRONG. The original poster confirmed he made it up. At the time the first 3 continents (including TBC and WotLK) were already common knowledge and available for speculation as to how the land mass would be divided. Now the cataclysm comes and surprise surprise it's deviating from his list. Level cap 85 instead of 90, no bloody pandas, worgen an expansion early, etc. It's dead, it's over, quit posting that shit or I'll look you up and carve you out with a dull spoon alright? Next, classes. Dumbing it down 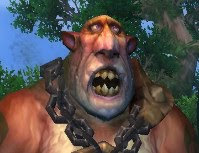 Do not underestimate the cunning that is Blizzard. Not only are they planning to severely dumb down the game in Cataclysm, all new items will probably be semi on par with current gear at the rate they're going. Of course the new gear will have a much higher ilvl and more stats, but they'll have much fewer stats. Consider this: You get an item with +20 agi +20 crit. In terms of item budget it's then at it's limit. However, if that same item had it's stats distributed as +15 agi, +15 crit and +15 hit, it'd be using the exact same budget, same ilvl, but "5" whole stat points more. Knowing that, look at where this leads us... Itemization Some quoted texts below. In Cataclysm, there are plans to streamline the statistics found on items. We want to remove all unnecessary stats, make all existing stats understandable, and make all "core" stats more appealing. Here are some examples of such plans, as various stats will be removed! : * MP5: Will be removed from items and replaced with Spirit. All healers will be given a meditation-like ability. * Spell Power: Is being removed from items as well. To compensate Intellect will provide mana and Spell Power. * Attack Power: Will also be removed from items. Instead, Agility will provide the necessary Attack Power for leather and mail wearers. While strength will give Attack Power for plate wearers. This means leather and mail items will no longer be desirable for plate wearers. * Defense: Also being removed (again, from items) so that players no longer have to worry about juggling around "the cap." Tanks will receive the necessary anti-crit from talents, like Survival of the Fittest. * Block: Is being removed. Blocking an attack will now always mitigate a set percentage of damage. So, that's five possible stats removed. New players will have an easier time, while theory crafters will get bored sooner. And some more stat changes * Armor Penetration: Was considered to be too confusing and "mathy." It is being replaced with Mastery, a stat that makes you better at what you do. More on that later! Basically we had Weapon skill before, then it became weapon mastery, then it became armor penetration, and now it's being changed AGAIN into "mastery". Make up your mind Blizzard T_T * Haste: Will also increase the rate at which you gain energy, runes, and focus. Retribution paladins and Enhancement shaman will have a talent that allows them to take advantage of this benefit. More haste, more energy... That'll be crazy for Combat rogues, and I seriously hope they'll increase our energy bar. At 100 energy, with certain talents I'm already having trouble trying to make sure that energy stays below 100... It just refills too quickly. * Stamina: Players will notice more Stamina on gear as Defense, Spell Power, Attack Power and Armor Penetration are removed. Yay, not. Anyone else think this game is too focused on PvP? What's your class doing? Hunters Hunters get their mana changed into "Focus". Basically it's the same as the rogue's energy, or their pet's focus, just with a different name. Meaning they'll be less burst capable. Also means aspect of the viper is probably going to be removed. They also won't have to worry so much about ammo anymore, as ammo becomes a "relic slot" and new types of ammo will drop from bosses or be buyable at the vendor. No longer will you need to carry a giant quiver with 24.000 arrows or bullets. I'm not suite what will actually happen to the quivers themselves though. Warlocks 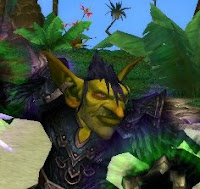 Warlocks will finally have their soul shards removed. Instead they'll be using a rune like system that Deathknights already employ. You get three shards per fight, which will regenerate quickly while out of combat. Soul drain will allow you to regenerate them during combat. Image on MMOC. Soul shards will be used to "empower" spells once every 30 seconds, allowing the warlock to remove the cast time, or guarantee the next few spells to crit. Summoning demons will no longer cost you soul shards. Good times! Worgen Bluequote: The worgen, our new Alliance race -- has both a true form and a human form. The true form is purely cosmetic, and provides no combat bonus. A player may remain in either form when out of combat, but are automatically placed in their true form upon entering combat. Worgens have a racial ability called Darkflight, which allows the worgen to temporarily increase their movement speed by 70%, and can be used every three minutes. This activated ability, like entering combat, will also force the worgen into its true form. Other worgen racials include a passive 1% increase to all damage, reduced duration from the effects of curses and disease, and a bonus to skinning, as well as the ability to skin faster. Worgen will have access to all classes except paladin and shaman. In case you're still wondering what the female worgen will look like, have a peek at this pic on MMOC. Goblins Bluequote: The goblin race, available to the Horde, will be able to choose from all classes except paladin and druid. Goblins also have some very interesting racial abilities, including a rocket belt that allows players to activate one of two rocket abilities every two minutes. The first ability enables the player to jump up to 20 yards, while the other shoots rockets at an enemy player within 30 yards. Additionally, every 30 minutes the goblin can summon a pack hobgoblin, which will act as a personal servant granting bank access. Goblins also gain a bonus to their alchemy skill, and should a player decide to become an alchemist there will be an increased benefit from drinking health and mana potions. Additional passive goblin racials include a permanent 1% increase to attack and casting speed, and because of their knack for mercantile affairs, goblins will always receive the best possible gold discount regardless of reputation. And yeah, the female goblins look rather.... strange. Professions

The professions are naturally not untouched either. It's likely you'll get to train your stuff up to 525 skill, but that won't be all! A new profession will be added called Archeology. image. Bluequote: Archeology is the new secondary profession that will be joining the ranks of cooking, fishing, and first aid in Cataclysm. Archeology allows the player to unlock new abilities and rewards by discovering ancient treasures throughout the world. Each archaeologist uses the profession to uncover clues hidden in the world around them, such as troll relics or map fragments, and decipher their meaning, enabling the clever archaeologist to manipulate pieces of the past, learning the location of a treasure cache or valuable artifact. Such artifacts are highly sought after by the Archeology Society, and they pay in gold and items for their return. Those who have mastered archeology can find Titan artifacts, earning special currency used to unlock character paths and allowing the player to further customize their character. Basically, you'll be a treasure hunter like back in Ultima Online. I wonder if you'll also be accidentally summoning dragons when you dig up something ;) Also, note it's a Secondary profession, so you won't have to drop any profession to learn it. It's low cost, new and won't force you to drop leatherworking or engineering to pick up the new skill. Which is obviously, awesome news! Re-forging Ah, now, "this" is what will make having a crafting profession worthwhile. Indeed, you get to re-forge your armor somewhat, customize it to your exact needs. There are some restrictions though. Basically, bluequote: Reforging affords tailors, blacksmiths, leatherworkers, engineers, and jewelcrafters the opportunity to customize any player's gear, including their own. Specifically, they can reduce a single statistic on applicable items and convert the lost points into another stat not already on the item. This means, if an item has 20 agi, 20 stam, 20 crit, 20 hit. You'd be able to lower the agi by 10 points, and add 10 intellect to the item instead. You can't add crit or hit, as those stats are already present on the item.
at August 22, 2009

When you're reforging something, can you take all of a stat off an item like if you had something with 10 stam and 10 agi, could you then take off all 10 agi and turn it into 10 strength?

Not sure, seems doubtful however.

Plus, it'll only work on armor from what I've seen so far, so no rings, amulets, trinkets.