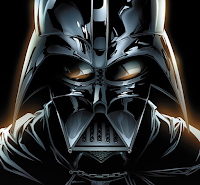 We are moving to the dark side.
Obviously if you're reading this you'll perhaps check in on the blog once in a while - see nothing much is happening - or the 25 errors, missing images and broken CSS. You can thank google for that.
But as you could read in the previous post I've been a wee bit busy on game reviewing. Writing yes, blogging - not as much.
I've been working on some html fixes and making the site mobile friendly. I don't remember why I removed the mobile code from the template before - probably because I was lazy to support two styles, but I'm putting it back in. And, the site is getting a fresh new dark themed look. You'll see. It's been long overdue - not that it matters too much, as I doubt there's a huge lot of people still visiting here intentionally. WoW was the initial reason for the blog and I haven't touched that game in years.
It was fun, obviously. Made friends, had a good time. But WoW and Blizzard have lost most of my interest. I'll keep an eye on Diablo 4, but chances are I won't buy it at release either. My steam library has,. well, let's say it has grown a bit over the last two years.
Dark mode is hip and happening - plus it's simply less eye searing white. Skills and knowledge have improved over the years - so perhaps I'll find time and interest to spend more than a weekend on the layout. Maybe not. It'll be dark themed regardless, and some polish will be needed later.
For those who still frequent the site - I hope you enjoy the new look when it pops up. Chances are the old broken pages will remain broken - there's only so much I can do about those, and the blog was founded in 2007. Sheesh, yeah it's old. Some broken images are to be expected. As long as Google will keep us around, the text should all be perfectly readable however.
at May 24, 2021