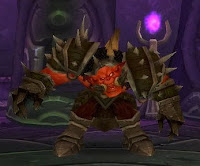 I'll have to give you a short summary for today, the next few days are a bit busy so the average posts per day may go down a bit. Or it might not. There's always something to write after all ;)

The guild killed Gurtogg Bloodboil last night. Simply put we're quite happy with the achievement and will be focusing on the Reliquary of Souls next.

That's not what'll keep me too busy however.
I did in fact get a set of keys today. (11 in total wtf?) Keys to the block, keys to my apartment, keys to the storage room, keys to my private box. Plus about two copies of each. So yeah, I got a mortgage running and everything. The place will need sanding, painting, new carpet, furniture, electricity, water, gas, and quite improtantly TV and Internet! and plenty more.

The location? It's quite good actually, all kinds of shops less than 500 meters away (easily walkable) two bus stops to choose from, and well, a big major road behind the building... Headphones on and you don't hear a thing. The road will be removed over a period of 5 years after which it either becomes a grassy field or a bus lane. Either which are better than the truck loaded crap it is now. Property value should increase once it's gone, so it's a decent investment.

On the PTR a couple of new items have been uncovered (datamined) which are related to arena season 4. One such items is the Brutal Gladiator's Greatsword, ain't she a beauty? Sporting 144.4 DPS that's a pretty heavy hitting Two-hander. Hopefully some one-handed weapons will be found soon... sigh. Curious however, is that the item isn't listed to require 1850 rating, like Season 3 currently does. This will probably be added later however, so don't get your hopes up too much.
You'll be able to find the other new arena items on both MMOC and WoR.

A small update on that. When the new season is released S4 will have the same rating requirement as S3 has now, but S3 will not have it's rating requirement removed unlike was previously assumed, instead it'll be lowered from the current value. By how much is unknown so far.

Oh, and before I forget. Epic level gems (you know the ones from BT and HY?) will be available for the lowly price of 15 Heroic badges a piece. Much like the Nether Vortexes, only without added gold cost. Start saving those badges!
at March 04, 2008