Ok, so as i mentioned earlier in a comment on chain trap, i made a post on the EJ forums with a big list of survival hunter gear. This blog post took a while longer than i expected but it just turned out massive! So i hope you can see why it took so long.


Why would you want a survival hunter in the raid?

Well, survival hunters are very undervalued, but contribute (if geared properly) a huge number to a raid. A good spec would be 5/20/36 though some may disagree. Alternatively you could go for something like 0/20/41 or 0/20/41 or 27/34 which will reduce your haste clippings, and increase overall crit and buff uptime. You should probably communicate with the other hunter to ensure at least one of you has 5/5 improved mark. As BM hunters have less mana ussues it's generally a wise idea to have the BM hunter take this talent, so you can take efficiency.

Notice that there's quite a few physical DPS in this example raid. 5 melee players, 3 tanks, 2 hunters + 2 pets. Perhaps one of the warlocks might even have a pet out. But let's assume 12 for now. Let's assume (you don't seriously expect me to calculate each player's potential DPS do you?) that the average DPS of each player is ~1000, mid range Tier 5. Some might be higher, some lower.

Depending on your gear, you may want to take or skip the surefooted talent, which adds up to 3% hit chance to your attacks and will lower your regular hit rating cap from 142 to 127, 111 or 95. Most likely you'll want to take it to 3/3.
As our example raid also hosts a moonkin druid with improved Faery fire, he lowers the hit cap by another 3%, which would put the hit cap to a base 95 or 80, 64, 48 with the surefooted talent. You'll quickly see why hunters have so much trouble keeping their hit rating below the cap.

Trinkets with hit rating listed below, Spicy Hot Talbuk, or gems such as Glinting Pyrestone, Glinting Noble Topaz and Glinting Fire Opal can be used to ensure you are as close to the Hit cap as possible.

If the BM hunter were put in a group with the survival hunter, 2 warlocks and 1 of the healing shamans. (I'd give him a shadow priest, but the mages and healers will need them for this fight) The group's unmodified DPS output would be 4*1000 = 4000 DPS. 5000 is more likely, but remember this is just an example.

The BM hunter has an aura called ferocious inspiration, which increases the damage done by 3% of all party members for 10 seconds whenever your pet scores a critical hit. Estimated uptime is between 80-90% depending on the fight. Lets assume 100% for now, though in reality it will be lower.

A good BM hunter's personal DPS will also be higher than that of a survival one. Judging from some of the WWS logs from the same thread it would appear a difference of 100-200 DPS is about average. Your mileage may vary however.

Now, in order to properly analyze the survival hunter's effect on the raid, you need to know his total agility and buff up time. Huh, what buff? Well, survival hunters have a talent called Expose Weakness which applies a debuff on his target whenever the hunter scores a critical hit. The debuff increases the attack power of all physical attacks on the target by 25% of the hunter's agility for 7 seconds. If you have 2 survival hunters the highest one overwrites the lower one, hence there's no point bringing more than one survival hunter along.

So, let's make a little list. You can look at this list for a complete overview. I'm not going to update this blog post every time a new item comes out, but the list on the EJ forum will be updated when i have time for it.

The difficult part of equipping yourself is to find a balance between maxing agility and keeping your personal DPS high. I'll give you a few suggestions with the below list. It's quite likely your personal preference will vary from this list and that's good, just don't look at it as some kind of holy grail for survival.

For Tier 4 + 5 gear I used +8 agi Delicate Living Ruby and the +12 agi Relentless Earthstorm Diamond for meta sockets.
For Tier 6 + Sunwell I assumed +10 agi Delicate Crimson Spinel.
If you are a Jewelcrafter you could even fill one socket with a Delicate Fire Ruby
Just use the wow gem finder to find some nice agility gems.

In order to activate the meta gem (Relentless Earthstorm Diamond) you need 2 red gems which should be easy enough, but also 2 blue and 2 yellow. Basically this means you have to sacrifice 4x4 or 4x5 agility to gain 12 agility and 3% crit damage. Since your crit chance will be fairly high as a survival hunter getting this meta gem is highly recommended.

If you socket these gems in items such as the Ranger-General's Chestguard or Void Reaver Greaves, then you'll receive back 2x 4 agility. This should reduce the effect of losing agility from the other gems. At tier 6 there is the Gronnstalker's Chestguard and Cobra-Lash Boots which can be used for the same effect.

As stated trinkets are not include in the below list. Depending on geat and hit rating balance however here's a few options. 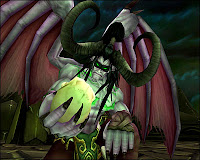 With enchants you can get up to +117 agility, however the head, wrist and leg enchant should probably not be used as these would reduce your personal DPS too much. This would put your agility from enchants on +93 instead.

Realistically you won't likely be using the songflower, spirit or sayge's fortune however, so buff estimate would be +183 +15% +10%

There are a number of topics on this at the EJ forums. Basically the effect increases as the target gets lower armor. A tank will put 5x Sunder armor on a mob for a total of -2600 Armor. Faerie fire reduces it by another -610.

The uptime of your Expose Weakness debuff is determined by your hit, crit, talents and number of shots per minute. On average you should be aiming for 90% uptime as is described at several points in the EJ Survival thread.

There is a boat of math involved to calculate the buff uptime, so i'll keep it short with a quote from lactose. Improved aspect of the hawk, haste, higher crit rating, master tactician will all affect the buff uptime. In the end you should be looking at about 90% for EW and 35-45% for MT. As long as you don't have 100% crit chance you won't see a 100% uptime on EW, you can get pretty close however.

Uptime = 1 - (ChanceNotToProc^Attacks)
Uptime = Value between 0 and 1, ratio of how much it's up. Uptime*100 = Uptime in percentage.
Attacks = Number of attacks you make in 7 seconds. Most likely this is not an integer, i.e. you might have 5.5 shots each 7 second cycle. If so, averaging out the uptime for 5 and 6 should be a close enough approximation.

Using the Rogue DPS spreadsheet you can see what such a buff does for rogues. 300 AP provides us with about 107 effective DPS.
So, if you were to compare this to the earlier example, (120 DPS added to the group) you'll clearly see the benefit that a survival hunter will give a raid. Even if the example group's DPS was as high as 8000, a single survival hunter in the raid would still provide the raid with a much larger buff than a single BM hunter could give.

300 AP / 14 = 21,428 DPS, which is the base DPS you'll get for just using autoattacks. Any class using instant attacks such as rogues, warriors, hunters will gain extra benefit off this added damage. Hence rogues gain over 100 DPS from 300 AP extra.

From this we can roughly calculate the value of each agility point in your gear.
775/1330 = 0,5827 DPS, meaning every 10 Agility would increase the raid's total DPS by about 5.8 DPS
Keep in mind this is a very rough estimate, the actual DPS gain will depend on the number of melee in the raid, each member's current crit, class, spec, and even latency. It's possible to calculate the exact value based on those parameters, but I'm not a masochist i fear. You'll have to do with the wet finger math for now.

So, if you have 2 BM hunters in the raid and none of them are survival, I highly recommend you have one of them respec. Survival is a great benefit to the raid's total DPS, not to mention the tank's threat. Which in turn increases the threat-cap for the rest of the raid.

As nice as this guide seems, your kit selections lack hit rating even assuming 3/3 surefooted. I know you can make some up with trinkets, but it's still worth repeating!

HIT > ALL (until capped)

Lactose always assumes capped hit in his theory iirc, after all it's pretty obvious, a missed shot = 0% chance to proc

Nice post, though I'd agree with Nazsnagga on the importance of being hit capped.

A little innacuracy on the T4 list... the Scaled Greaves of the Marksman are not world drop. They do , in fact, drop from the Doom Lord Kazzak. Whilst they are being changed come 2.4 to be BoE, it does put them a little beyond most T4 hunters. I suspect that if they do come up on the AH they will command very high prices.

Hit rating issue duly noted. I added a sub paragraph on this issue with the related hit rating for survival hunters.

As you can see it's not as big an issue as it may appear initially, however not all raids might have a Moonkin at their disposal.
(Though they should definitely consider it as they provide a buff almost as good as survival hunters)

You link the rogue spreadsheet for the 300AP--->100 dps comparison, then jump into the dps contribution for other classes. Where do those conversions come from?

Nice! I'll have to try out the survival build.

Was starting to get tired of the good ol' BM spec.

well 2 probs one was hit which needs to be always 142 or more. second is survival hunter buffs the raid this is grand but then why take a bm hunter when a propperly geared MM hunter out dps's them by quite a bit. MM is more gear dependent but when someone has it they are far more effective in a raid and also have a 5/5 hunters mark and tureshot aura to buff the raid as well as better dps. and for survival spec hunters you are looking at wants a 45% crit chance or else 35% with the storms deck. this way you can always have expose weakness up for the max overall raid dps. just some tips for ya mate.

"why take a bm hunter when a propperly geared MM hunter out dps's them by quite a bit."


Only if the BM is completely retarded...

Just tested Sayge`s buff, doesn`t seem to be a 1.10 modifier to your total agility, but merely to your base stats (I have 169 agi base & I got about 16 agi from the buff.) So it isn`t very worthwhile, even if the fair is there.