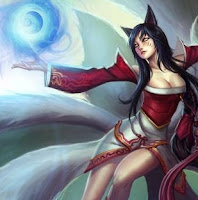 LoL, not laughing out loud, but League of Legends.
A DoTa inspired game that has been growing and growing in popularity the last year and a few, and yet, I can't figure out quite "why".

So, I figured what the heck, let's give it a try.
It's free to play anyhow, so at worst I lose a bit of my time.

I've played Rise of Immortals before, also because it's free to play - and available on steam, and I must say... This game is exactly the same!

Sure there's some marginal differences, more characters to choose from, bigger talent trees in LoL,. but other than that... it's all the same. No really "the same". Downright to the 5 skills, the level 18 max during a match, the buying stuff at the vendor after you die, the dozens of people who feel they are too good for the world to even be in the same game as you, even the level design/layout.

A staggering four levels total! Just like RoI, but at least 2 of the levels are different.
* Summoner's Rift
* Twisted Treeline
* The Crystal Scar
* The Proving Grounds
In total, four levels that's it. And one of them can't even be picked unless you play it as tutorial or a custom game (which only max level players join...)

Perhaps I'm missing something, like extra levels if you pay for them or such, but that is damn little diversity for any game to have.

LoL has a few things that they've done better than RoI though, the graphics for one, a better patch/updater, more free champions to try, much better and bigger community and support, and... well the rest is pretty much exactly the same.

I realize I'm going on about X vs Y, but it's kind of poor to see games ripping off so much from one another and not see a lawsuit of some form coming either way. Face it, RoI is just another one of a million cheap Asian ripoff games.

What about the gameplay? 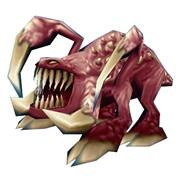 The gameplay for the most part is hit and run, hide behind your minions because your "Legend" is a glass cannon at best. You run up to a tower and get killed in 3-4 hits most of the time. So you use your "heal" and regain a staggering 10% of your health, only to find out your only heal just went on a 3 minute cooldown timer...

Ok so, the Zerg tactic doesn't work.
Presuming you're not up against other players you are quickly taught the "hit and run" or "cower behind your meat shield" tactic. Meaning, let your minions which spawn indefinitely in waves every 10 or so seconds, and get stronger as the game goes on. Or get more spawns if you manage to destroy an "inhibitor" (a certain tower/building). They take the hits from the towers so you don't have to.

That's the basics, and that is the same in each of the "four" levels that you can play.

But, then there's the PvP aspect.
Mindless hordes of minions aside, it's the players that make the difference. A Champion or Legend can output some nice damage, which ensures your minions / meat fodder can keep moving forward. Killing anything at all gives you gold, which you can then spend back at the starting location for better equipment. Sadly, you do not keep this equipment between matches - but fear not, there are many other ways to grow your character outside of the match. The gold purchased equipment store is confusing and strange, badly sorted and it'll take a while for you to know what is actually "good" for your character. Runspeed, armor, health and damage I'll let you know. Mostly armor and protection because players WILL come after you, while minions rarely do.

Each Champion has a variety of skills, though the choice is fairly limited. three basic skills, one super, and two support skills with a massive cooldown. Hit and run, kite, slow, stun, the usual stuff which you'll need in any decent PvP overpower match are all in place and you'll spend a lot of time waiting on cooldowns.

The community - from what I've seen so far is very elitist oriented. If you haven't reached character level 30 yet, then you're a nobody, a noob, someone not welcome in a group. You'll also have a hard time getting to level 30 as it's slow, mindless grinding in the same four levels again, again, and again. Usually against bots or groups full of level 30 players.

I'm sure there's a ton of fun to be had in this game, but after 2-3 re-plays of the same level. Running back and forth between towers and my minions, getting kicked out of a few levels because apparently my level was not high enough, as well as losing several games because my "team mates" decided that defending a flag is not worth their time - and thus it gets captured by the enemy bots... well,. I just haven't really seen what the great hype of this game is about.