Dutchies do it with style

This wednesday it's queen's day in holland. National holidays ftw! Thursday is another holiday, tuesday i got stuff to do, and friday i took a day off. So it's a LONG weekend.

Alt number 5 is now level 65 and has barely touched Terrokar. Still 4.5 zones of quests (and money) available to do. It'll be fun to have an aoe class. And, the bank alt has already made another 2K last week, putting the balance to a total of 27K. I could easily buy that 6th guild bank slot.... but she's fine on space for now.

* Primal Shadow, i'd guess because BT and HY are now open to all. New guilds will need a lot of shadow resist gear, and thus primal shadow.
* Relentless Earthstorm diamond, not sure why, but i'm selling these for 225g a piece currently. Probably has something to do with the lack of green gems on the AH.
* Large prismatic shard, these always sell well.
* Large Brilliant shard, sell these 2 at a time for people who want to enchant their chest with 150 health.

Do you ever get whispered by people who want to join your guild? Do "you" ever whisper players in a higher ranking guild than you own? More often than not i'd rather ignore people than bother to respond, as the first impression is already so horrible that i just know it's some 12 year old kid who just wants to join in the hope of getting free epics.

Nobody is perfect, but in less than a minute I can see whether you're either horrible at english or just plain retarded. And then there's the whispers for groups, gold whispers, gold spam, pugs looking for healers, there's really no end to it.

You want some examples? All good! Enjoy.

PS: I've been informed by certain people that their school has a language filter, and will block sites if the word "fuck" is used on a website. So i shall be using the word in this article, just because i can! Don't worry, I'm not going to do it every time I post, but you should probably be spending your time with more important things while at school.

Q: Hey m8?!
Q: Sup m8?
A: I don't recommend hailing a person who has no fucking clue who the fuck you are, nor ever spoken to you before a "mate", I don't drink and i certainly wouldn't be doing it with you if i were, aside of which I'm pretty sure neither you or me are from Australia, so get to the fucking point.


Straight to the point

Q: You need a rogue?
A: Sure, whisper (Insert person who's on "blame X" duty today - comedy gold). Make sure to tell him I sent you.

Q: You need a warrior?
A: http://www.rampageguild.eu, application forum is over there. Have fun writing an application like everyone else. 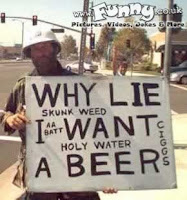 Q: plz (opens trade)
A: Sure! I'm in a good mood today, just trade me. (put 1000g in the trade window, then go afk for 15 minutes. When you come back, laugh at the fool for still being there then walk away)

Q: 1g?
A: Go outside Orgrimmar, kill 2 boars, sell the tusks, buy a mining pick and go farm copper. Sell the copper on the AH and you'll be rich in no time. Now piss off and get to work.

Q: SL?
A: Use bloody words man! English isn't a difficult language but if you insist on using sign language nobody but some random 12 year old is doing to have the slightest clue what the fuck you're talking about.

Q: WC?
A: I just went. It was pretty messy but thank you for noticing.

Yeah i know i can be a complete ass when i want to. But there's so many retards in Orgrimmar, it's a miracle people still go there at all. Really, it surprises me a lot.

Seriously though, if you're trying to communicate with people it really won't hurt you to actually type words and sentences to get your point across. Sadly most of them are barely old enough to have seen their balls drop and won't know what the hell you're talking about. One can only hope they learn eventually, or it's a grim future for the next generation of gamers. Perhaps you could send some of them to HKO to get rid of them?

If you're looking for some more funny whispers go check out wow-bash or Wow quotes. There's a few good ones in there.
at April 28, 2008

Haha some nice, classic examples being a noob :)
Good luck hitting the 30k mark on your Bank this week :P