The pet, a hunter's loyal companion, sidekick, protectionaire, slave to the death, and sexual outlet in lonely times. Tell it to run headfirst into a pack of angry mobs a dozen levels higher and it will happily do so. All your pet asks for is a regular meal, whether magically created or scraped off the dead corpse of your victim.

If you're looking for a list of pets or other pet related information I can send you to TKA Something or Petopia. You should be able to find most of what you need. But not everything. Have you ever wondered which pet is "actually" better than another pet? Why people tell you to get a bat or boar for grinding? Why you should get a Windserpent, or Ravager for raids? Well, let's see and find out.

I couldn't find all the answers i was looking for on the Hunter Theorycraft wiki, so i went digging a bit. I found that there's a Beast Mastery Bible on the EJ forum where a lot of other information can be found as well. For example there are hunter Spreadsheets, Survival raiding, Marksmanship, and a general help thread. So much to read that you'll probably be overwhelmed.

I'm splitting this post into two parts, so that I can give you part 1 now, and focus on physical pets. Then part 2 will come sometime in the future and give you more detail, and include caster type pets. Gives you a reason to come back later ;)

A Hunter's task in raids, is to do DPS, Damage Per Second. Also misdirecting mobs and on occasion traps. Mainly however, damage. Hunters are fairly adequate DPS in a raid, but many forget, or neglect their pet. (Cruel bastards!) Any DPS is good DPS, and a hunter's pet is no exception. It's a valuable tool that you should learn to master, even if you are not a Beast Master.

If untalented and unskilled most pets will be fairly much the same. Some variations do exist however, more on that later. And important oddity are the so called caster pets, which you will want to avoid. Caster pets are wild creatures that usually have a mana bar when they are not tamed yet. Petopia gives you an explicit warning on these type of pets. The main reason is that they will have -20% armor, -20% health compared to normal pets. As pets are already pretty squishy this is obviously a bad thing.

Wowwiki lists several Pet abilities, some of these are learned. Petopia has a similar, more detailed list. 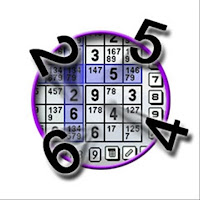 So, let's add some numbers to what we have to work with then. Firebreath can be ignored, thunder stomp is useless and poison spit won't top any meters either. 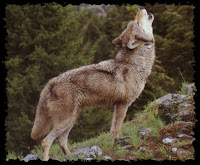 60 Focus : 10 sec cd : +45 to +57 damage on all party members within 15 yards. ((45+57)/2) * 6 = 306 effective damage.
The actual effect of this buff really depends on your party. If you have 5 hunters + 5 pets then it provides you with ((45+57)/2) * 10 = 510 Damage depending on the crit chance of each member in your party. (Probably higher than your pet's crit chance)
As wolves can only learn Bite as a secondary skill however, the number of attacks your pet can use his energy on is pretty poor and will result in a large loss of energy and wasted damage. If you are trying to maximize a tank's threat then the wolf might be an option, but otherwise probably not. Also, the buff only applies to physical attacks.

Beyond level 60 there are no upgrades of this skill, which strikes me as rather odd. Scaling not included in this calculation. I will continue further upon this in the second part of this post.

30 Focus : 4 sec cd : 55 Nature damage over 10 sec. Stacks up to 5 times. 55 Damage per 2 seconds. +scaling
As the poison does no damage upon application, but only every 2 seconds we must calculate the damage of the DoT. Luckily this is fairly simple as long as you don't include the scaling part.

At 5 stacks this is 55/2 = 27,5 DPS
DPF calculation is more difficult. As, once the stack of poison reaches 5, you'd only need to re-apply it once every 8-9 seconds to ensure it stays active. It is however possible to be resisted so you'll want to re-apply it every 4 seconds as the cooldown allows.
You'd be using 30 Focus per 8 seconds optimally, or 60 per 8 realistically. 3,75 F/sec or 7,5 F/sec.

You see the actual value of this skill really depends a lot on how often you need to re-apply the poison to keep it ticking. If you fail to do so it'll reset and you lose DPS. If you can keep it running at 7.33 DPF you can use the remaining energy for other skills such as Claw. 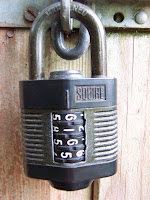 Most pets are able to learn more than a single trick. However, some pets also have a damage modifier.

Suddenly things start to get more complicated. But oh so many more options become available to us.

Bite will be off cooldown, and available again. Total focus used = 210 in a 12 second cycle. It could be worth investigating whether having your pet skip 0.5 seconds on the last gore and use bite instead for a better energy-damage conversion might be better usage of it's energy. But sadly pets pretty much ignore such minor details and will just continue attacking with what is available. It's possible to micromanage their cycle, but i don't recommend you ever try to do such a thing.

Depending on how much energy your pet has available to him, the DPF of his abilities can be very important. Pets have a maximum Focus they can burn trough every minute and some pets with only Bite or only "Howl and Bite" are made relatively useless for DPS because they regain more focus than they can burn. Much like a rogue not using his energy before it reaches 100. 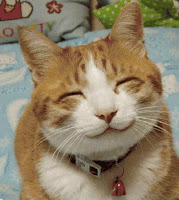 Pet happiness comes in three flavors. Strawberry, Banana, and Lime.
* Unhappy / Red is bad, your pet will only do 75% damage and slowly lose loyalty. When your pet is no longer loyal to you, he will run away.
* Contended / Yellow is ok, but you should really feed your pet. Your pet does 100% damage. Loyalty will increase though slowly.
* Happy / Green is good even though you might not like limes. Your pet will do 125% damage and steadily gain loyalty.


Sometime in the future

Part 2 of this post will continue at a later time, as i do not as of yet have all the data i'd like to share with you and will need to put some research into this as well.

Note : It's perfectly possible that i've made some errors in the above calculations, feel free to point them out so they can be corrected.

Good job - nice to see all this on the one page, i've just recently finally started getting serious about my baby hunter and you're right: the info is all over the place and pretty overwhelming

Awsome info. Thanks for putting the time into this. Much appeciated.

I started with a boar and loved (still love) it. Recently have added a scorpid to the mix and also love it, but... I turned his 'claw' skill off and just left 'growl' and 'poison' on... seems pretty effective so far, as the poison keeps stacking but I'd love to get your feedback on this strategy.

Also, I'm approaching level 30 and am excited about adding 'cobra reflexes' to the scorpid so that he might attempt more poison attacks per second. Any thoughts on this approach?

Thanks for all the hard work you put into compiling and sorting through the wealth of pet-data out there... much appreciated! :)

i have one question
does pet abilitys geting (i mean gore claw bite )any + dmg from hunters RaP??

Far as i know only white dps from pets is improved by a hunter's RAP. Yellow attacks at this time are not.
With the exception of scorpid poison, snake spit and lightning breath. (I may have missed one though)