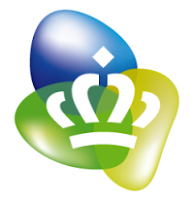 KPN / XS4ALL. Telfort, it's all up and down since tuesday morning. KPN is the major ISP here, so the entire damn country is having internet trouble.

Also, i recommend you get this tool called Peerguardian2, if you ever scroll trough the internet. This thing blocks off adware, spyware, malicious p2p sniffers and plenty of other things you don't really want to run into. Of course, that doesn't really matter if internet simply does NOT work... /sigh
at May 15, 2008