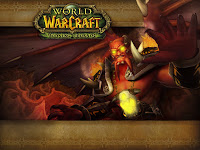 2.4 is on the PTR and both MMOC and WoR have their respective info about the new loot and the patch notes

The rogue changes are rather slim :
* Cheat Death: A combat log message will now show when this ability activates.
* Vanish: This ability will no longer sometimes cause the UI to display Shadowmeld as active when it has been cancelled.
* Abilities that can be used while stealthed, without breaking stealth, can now be cast without breaking Vanish when used at the same time.
* Sap mechanic changed from “Incapacitate” to “Sap”. This will allow more humanoids that were previously immune to Sap to be vulnerable to Sap, but still immune to Gouge. Note that anything that removed Sap previously will still remove Sap after the change.

As you can see, the rumored "Envenom no longer consumes poison charges" is not on the list. Rather suprising, but don't be fussed, after some rough calculations you'll see that it would only provide about 9 DPS extra, not enough to make the spec more raid viable than combat or trispec hemo are. 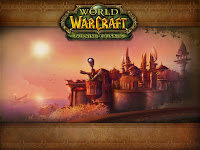 And there are many many MANY more changes in 2.4 coming up, i suspect the patch will be on the PTR for at least a month, maybe as much as two or worse...

If you are curious about what envenom would give you i'll give you a rough example.
Deadly Poison is about 90 dps on it's own.

Since you'd be using slow daggers, it's unlikely you can keep DP active by just enchanting your offhand dagger.
So any hopes of using a Windfury totem are straight off.

How fast does a 41/20 rogue go from 0 to 5 stacks of DP with both weapons poisoned with DP ? Pretty fast undoubtedly, but let's assume 4 seconds for now. Though it might be faster or slower in reality. So, with an energy consumption / combo point generation of about 20/2 : 600 energy per minute. With a rotation of 2s/4e means you'd be using 25,60,60,35 per cycle, and thus be using about 4-5 cycles per minute. I have not included talents in this simple calculation, but it would improve your energy rotation by about 30-40, speed up your rotation, and increase your overall poison downtime.

If you included the talents into the calculation, you'd get maybe another 3 DPS out of Deadly Poison. Feel free to correct me with more precise math on that subject.

Personally i think that if blizzard wants to make mutilate or envenom viable for raids they should make one of the skills "refresh" all poisons currently active on the target in order for it to be worth it, much like the paladin's Crusader strike already does for judgements.


Other Items
What got me curious are two items called "sun mote" and "nether mote", obviously the sun motes drop in the 25 man instance of sunwell, but the nether motes are required to upgrade your Engineer helmets to the next level.

Perhaps they'll be a rare drop from gas clouds, and can be merged per 10 to make a Primal Nether ? Perhaps they're crafted like primal might. Time will tell.

Bosses in the sunwell also drops 3 kinds of Tier 6 tokens. Three types each for boots, bracers and a belt. It's not shown which bosses drop these tokens yet, but it's likely from the first bosses as the later ones drop tokens for higher quality gear. The tokens can be turned in at the sunwell isle vendors.

DMM has updated the rogue theorycraft spreadsheet with a number of sunwell items. Be sure to check it out. You can also visit the forum thread on the subject.

Shadowpanther has also updates his AEP lists with most of the sunwell gear.
at February 11, 2008

Keep your computer running like new.
Have you been searching for a great antispyware to keep your computer running like new? If so, you will be happy to know that there are some great options out there. I have tried many different types of antispyware only to find that the majority of them find the exact same types of bugs. The biggest difference that you will find between all the different types of antispyware offered is the price. Search-and-destroy Antispyware is an excellent choice that can be purchased at a lower price than many of the other options available. If you are interested in discovering the benefits offered from antispyware solution from Search-and-destroy visit http://www.Search-and-destroy.com to learn more.