So, with patch 2.4 coming a bit closer on a daily basis more and more items are unveiled on MMOC and WoR.

When blizzard announced T6 quality gear becoming available for badges you could hear the screams of indignation from some of the hardcore raiders. But seriously, how many heroic runs do you think those casuals would have to do in order to get one item this way? And we'll be receiving a lot of badges from 25 man raids, can do a full clear of Karazhan once a week, and Zul'aman twice a week. The high end players will remain at the high end for a good while yet.

Blizzard is adding a whole new layer of "better than T6" gear with the sunwell, and with T6 having three new items it's easier to mix and match based on your desires, When WotLK comes out you'll be able to replace items with greens and blue more easily without immediately breaking your set bonus. If the next expansion is going to be anything like the current those shiny purple items will be replaced with blues as soon as level 74-76.

So, i've been doing some gear planning for myself by using the rogue DPS Spreadsheet, and 2.4 would replace just about every single item you can get from Black Temple and Hyjal. I suspect many guilds and their players will be wondering on the use of farming BT/HY at all anymore when the sunwell gives so many upgrades.

Disclaimer : The below DPS estimate was calculated with a certain set of buffs, your own estimate may vary. Different gems will also have an effect on your results.

Also, in Tier-5 gear you'll notice that tri-spec (11/28/22 or a variation of that) will yield more overall damage to the raid. Once you get to a certain number of Tier-6 gear however you should respec to classic combat (21/40) for best performance. 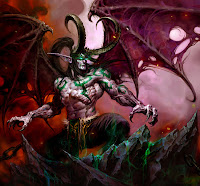 Now, in the next example there are some Leatherworking / Jewelcrafting items which are Bind on pickup, there are non crafted alternatives for these which would result in about ~12-14 DPS less. 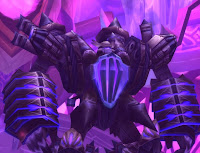 Sometime after 2.4 is released arena season 4 will start well. S2 items will become available for honor and S1 items disappear from vendors. MMOC has a preview of the S4 warrior set for your viewing pleasure. Since the S3 one handed weapons are 103 DPS i'm going to make a rough guess and say that the S4 weapons will be around 107-109 DPS.

One interesting part about patch 2.4 is that you'll be able to buy the pvp armors from S1 and S2 for Tier tokens. E.g. S2 arena shoulders can be obtained from a vendor by turning in the shoulder token from Void Reaver. T6->S3 won't be available though, at least not currently if you look at the PTR.

After 2.4 there probably won't be a 2.5 according to blizzard, meaning WotLK will be released at some point after 2.4 unless they run into some unforeseen difficulties. Never take blizzard's word for it though. Once the expansion is released the arenas will be shut down most likely to give everyone a chance to level and gear up for the new season 5 with all new rewards.