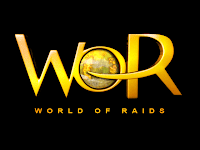 A day and a bit ago, I've sent a poke to the admins of MMO-Champion and World of Raids. So far Teza was the first to respond and we've had a little chat well over an hour.
I learned dark secrets which will scar my poor virginal brain forever! Well, not so much, but he did show me some very interesting things that i am unfortunately honor bound to withhold from you guys for the time being.

WoR first started their site back in april 2006, back when Naxxramas was just released on the PTR. Their initial site was wowwalkthrough.com, but this later got changed to the WoR that we know today and hasn't changed much since.

Well, the previous post isn't so much as a day old yet, but some of the comparisons are soon to be outdated. If you're a dedicated WoR reader you will be quite pleased to know that they have in fact been working behind the scenes at a number of quite interesting suprises for you all. Be sure to check their site regularly for a glimpse as i hear some hints will be unveiled soon. A number of things will be coming, and from what i've seen so far i'm convinced you'll definitely enjoy the result.
at February 29, 2008