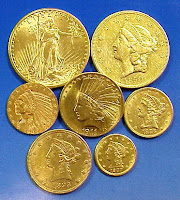 You lot don't seem to be doing too bad. Hopefully a few of the articles on this blog helped with that, or perhaps you were already rich to begin with. Money begets money, those gold coins do seem to multiply i tell you that.

New poll is up, two polls in fact.
Why two? Because i can, and polls can be interesting, right?


What class is your main?

I figure with this blog being somewhat rogueish related, a majority might be voting rogue.
But still, i'm curious.

Personally, i've used just about every one of them that's available, but more out of necessity than anything else. I still have MSN and Skype installed but rarely do i actually have them running. Saves cpu usage, and if people need me, use a phone if it's important.

I've started out with MSN, back when it was version 1.something and i had a few minutes during lunch breaks at school. Currently it's on 4 maybe 6, i don't care much as long as it works. At some point i started using ICQ. My number was 6904757, but sadly it got hacked.


The long version of the story

I used a hotmail account to create the ICQ account a good long time ago, but at some point i was getting 200 spam mails a day so i stopped using it. After 60 days or so MSN releases the name and allows others to register it, which indeed happened. The new owner of the happy spam account then used that name to spam others and consequently got banned by MSN.
Now, when my ICQ got hacked, i figured i'd pop onto the usual "forgot password page" and get it back. No sir. I needed access to my original email, which turned out to be impossible because those pencil lickers from MSN refuse to hand it back to me, even though I'm not the person who used that account to spam others.
The second problem, is that the goat f**kers over at ICQ stubbornly refuse to cooperate as well, even with IP logs clearly showing me as the original owner of that account and offering to send personal data to back this up they want me to use the blocked off hotmail address. Go figure. 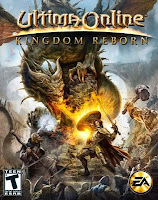 With a lack of options i just created a new ICQ and used that for a year and some more while i was playing Ultima Online because it was simply widely accepted that ICQ was needed to communicate with your UO friends or needed to trade goods. UO is a dying game however and most my friends there have long since quit, activity on ICQ was down to zero so i recently uninstalled it and don't intend to get it again unless they'll give me back my 7 digit number.

If anyone from Great Lakes knows Lady Serenity or Tas from East Luna, tell them Nimrod says hi. Two of the most memorable characters one could possibly meet in a game, hope you're doing alright guys.

I've used Yahoo for a while (piece of bloody adware installing crap that it is), but uninstalled that fairly soon, or so i thought. I've uninstalled the messenger, but all the extra crap is still on the computer. I got skype but rarely use it, I got msn but only log that one once a month or so. I'd be using an older version without all the extra "features" if i could, i like my Instant messenger plain and simple much like ICQ used to be.

If i had the time and knowledge to make something myself, i'd be sorely tempted to make it interface directly into World of Warcraft.