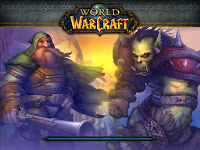 Is AV really that unbalanced that it needs another "fix"?
Like this thread on the wow forums shows, the alliance already have so many things in their favour in AV. Is it really so bad that the horde can win a few games for once?

It seems it is, SRC, planned AV changes for 2.4
Alterac Valley will see a few very significant improvements in the next patch and we wanted to share the details of what we have planned.

The first change will be to move the Horde's starting tunnel back to a more equal distance from the first objectives, which will help evenly distance the starting points for each side across the terrain when the battle commences.

In addition, the General and Warmasters for each faction will receive a stacking buff from each other that boosts their health and damage. The more of them that are still in the battleground, the more dangerous they will all be. This will put a greater focus on destroying (and defending!) the towers that remove the Warmasters as players work toward defeating the appropriate General and conquering the land.

Also Balinda Stonehearth has been studying her spellbooks to become a more challenging opponent to the Horde and will do more damage with her spells. The additional health we recently added to Balinda and General Vanndar Stormpike will no longer be needed with these improvements and will be changed back to their previous amounts with the patch.

With these improvements teamwork and strategy will be more important than ever from beginning to end as the Alliance and Horde battle for victory in Alterac Valley. We'll see you on the battlefield.

From what i heard, even since the latest patch, the alliance have been winning loads of AV games.
Though admittedly i haven't done AV in a good while. You hear things in guild chat

AV Has changed a lot over the last couple of patches, and though it's all great for easy honor, and a lot more interesting to play as a rogue than say Eye of the Storm or WSG (yuck), i can't say i enjoy the changes much. (Unless of course you need a lot of honor). Old school AV games were epic in scale and time, even though you'd gain only a meagre value of honor it was "fun". New age AV is just an honor grind, nothing more.

I'm sure some of you can remember Pre-TBC AV games that lasted for hours and hour, Alliance pushing back the horde, the horde capping some graveyards and pushing back the alliance, summoning the frost lord 2-3 times in a game, wolf riders helping to push back across the bridge, and many more features. AV was the cool place where you'd fight an actual full scale 40-vs-40 WAR. Not some 20 minute "rush" in the hopes that the other faction is a bit slower than yours.
I've been in a game that lasted a day and a half, and i've heard of games lasting longer than that. You'd join a game friday evening, tired you go to bed at 1 am, wake up at 8, and join AV only to find yourself still in the same game that you started the day before, you play that same BG all day, and win the match only just before dinner time.

And best of all we didn't have any huge loads of AFK leeches fouling up the battleground like we do today. Other than the occasional slacker raising his or her fishing skill. (Fishing in AV only required like 20-30 fishing skill back in the days)

Sure you got the occasional idiot calling for your team mates to please give up and lose the game quick so he could join another game. But does anyone actually ever listen to those retards? Seriously, if there's one thing i've seen in AV games, it's to never give up, no matter how bad the situation seems, as long as you have some defence you can win !

I miss those long games...


Oh, and speaking of oldschool, and pretty unrelated to wow, but i just had to share this one.
Nothing beats a few thousand Volts being pushed trough a modulated tesla coil to play a mario theme song. So how about 2?

I have to say that I miss them too. AV was the only battleground that my holy priest could take part in without being a free honor kill. I made it to Exalted with Stormpike and got my ram as my level 60 mount way back when.

Maybe they could take away the badges from AV and bring back the hours-long battlegrounds? All you would get for a reward is honor and rep. Or you could get a badge for every big kill and a couple for winning. Or give a badge for every X kills of the other faction? I'd love to see the giants in mid-field again and the other stuff that used to be there all the time.

Stormstrike alliance AV is impossible -- guaranteed max duration fight-for-reinforcements losing battle that nets zero... yes, that's ZERO... bonus honor. I don't mind not winning, but I mind the fact that I'm not getting rewarded for coming and helping out those horde 2+ hour queue times.

I'd be happy with the same AV if they just upped the bonus honor for losing a little. You know. To something other than zero. Then people might actually queue for a guaranteed loss.

Ok. So that video was the most amazing thing ever! Heh

AV came in at a time when you still had to honor grind to get pvp gear. Most people honor grinding did wsg or ab because it was fast and then could get into another game quickly.

AV was there for that epic battle. In my first AV I walked out with 6000 kills on my mage. I stayed up all night for that game - it was way to much fun.

Now in the era of welfare epics AV has become honor grind central and it makes me sad.