I figure somebody will have to do it sometime, possibly it's been done before, probably more than once. Today however, it's my turn. Before continuing i'd like to make clear that I'm not getting paid or bribed by either site, nor do i hold any personal grudges toward them (unlike incgamers). The text below is based on my observations and opinion, if you don't like them feel free to leave flames later. A free cooking fire is never wasted.

With the coming of Patch 2.4 a highly competitive battle for who posts the latest info has begun again. One site posts some news and less than a few hours later the other site will post exactly the same with exactly the same screenshot but with slightly different wording in the text. It's rather redundant if you really think about it. So what does each site offer, that the other doesn't? What are you really "looking for" when you visit either of these sites?

Ofcourse there's also Curse, wow insider, Stratics, and other sites that offer some news. But in all honesty i highly doubt anyone really goes there for the latest patch info and game news. I certainly don't, do you? Aside that, those sites are actually different from all the rest.


Let's do a quick comparison

I've sent both sites an inquiry as to their starting date, and other info they might find worthy of sharing, however neither site has responded to this request yet. I imagine each site gets hundreds of mails per day, so a random request like this probably goes to the bottom of the priority list.

For now i'll just share the whois info with you.

Much like Thottbot was among the first databases, WowHead came after and did clearly better, then WoW DB came along and is now rapidly picking up speed. I doubt allakhazam was ever really popular. (sluggish, not very user friendly and spammers all over the place)

The cream and butter of most public sites. Too much will scare frequent visitors away, too little will mean you end up losing money on the site. It's what keeps such sites running and allows them to pay for their hosting and server fees. Heck even wowhead was worth a million at some point in time.

In my opinion MMOC has done a much better job here with the site layout.
The main news column is less compressed due to only having 2 columns, and rather than pushing the third advertisement straight in there, it's nicely down lower. Better usage of available space.

* Blue quotes, are actually "blue" on MMOC. It just looks so much more professional compared to the 3 color layout that's used on WoR.
* Archive (old news) is also a lot easier to find on MMOC.
* MMOC occasionally uses 2 columns in it's news posts for loot lists, WoR simply doesn't.
* WoR has a smaller header than MMOC, which is rather nice as you have to scroll less to get to the news.

Even though WoR is a year older and seems to have more members, MMOC seems to be a lot more active. I'm guessing people have moved from one site to the other in the course of the last year. Take this recent post for example MMOC and WoR on the new PTR build. 88 vs 42 replies to the news article.

WoWHead's site tooltips have an item icon, WoW DB does as well but this feature does not appear to be enabled on WoR currently.
WoW DB itself has a cleaner site, more features, and less advertising. But we're comparing MMOC and WoR sites, not the sites they link to. With the frequent problems of advertisements on some of these sites, i'd give a clear recommendation for WoW DB however. 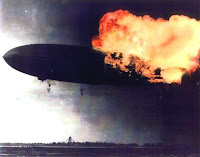 In the same way i suspect MMOC was created at some point because somebody was unsatisfied with WoR and wanted something bigger better and faster. The result is a better constructed site which has been steadily attracting new viewers for nearly a year now.

The MMOC has some room for improvements.
* Tighten up the tables.
* Fix the W3 issues, especially the first few tags missing are embarrassing.
* Consider using wowdb for item links.

Perhaps this article will add fuel to the fire, but progress is not made without some good competition. It's why we now have commercial airplanes instead of highly flammable blimps. Maybe WoR will be encouraged to improve their site or do a full overhaul as they have done at least once in the past that i know of. I highly encourage them to they pay a little more attention to the W3 Validator this time though. A lot of errors are cascading, but over 1200 is still pretty embarrassing.

Just a slight correction, wowdb does actually offer the option of displaying item icons if the user desires, it's one of the many customization features.

Ah silly me, edited that.

I prefer wowhead over wowdb.

To get a item link when you post on wowhead, you just need to copy/paste the item link

In wowdb, you need to click on a button in the item page to get a link. More complicated for nothing.

Funny because when I'm looking at wowhead, there's a button to press which is called "get link" and after that I need to copy the link just like in wowdb. Same thing. Of course, if pressing one single button is too complicated...

Allakhazam was around for years before any of these sites were up. Back in the old days of EQ it was the holy grail of information.

Can I just say, you're too kind to WoW DB. It's a clear copy paste from wowhead with slight improvements. I'm completely against WoW Db in that sense. Other than that, nice article.

I dislike two things of WoWDB:

One: that irritating dialog you get when you don't have cookies from them (and no, I don't want them!)

Two: if a site (like WoR) uses WoWDB links they're /all/ front-loaded, making the whole page load slower. Wowhead links are loaded when you move your mouse over them - a much more elegant solution.

About the starting dates.

Remember that WoR v1 was very very simple and was only there for tracking progress in Naxxramas.